As Maxine strolls around outside Cat World headquarters on a walk, tail held high as she sets one foot in front of the other, it’s hard to imagine a time when she didn’t move much at all. But when this gorgeous grey tabby first arrived at Best Friends Animal Sanctuary, she struggled just to walk.

Maxine was overweight and in pain when she came to the Sanctuary from Louisiana. She was almost 17 pounds — too much for her small frame — and her front paws had been declawed. The extra weight she carried only made her painful paws worse. That was Maxine’s situation for years, and one way she showed the stress of it was by pulling out hair on her tail. The sweet kitty needed help to feel better, so her new friends at the Sanctuary set out to give her just that. 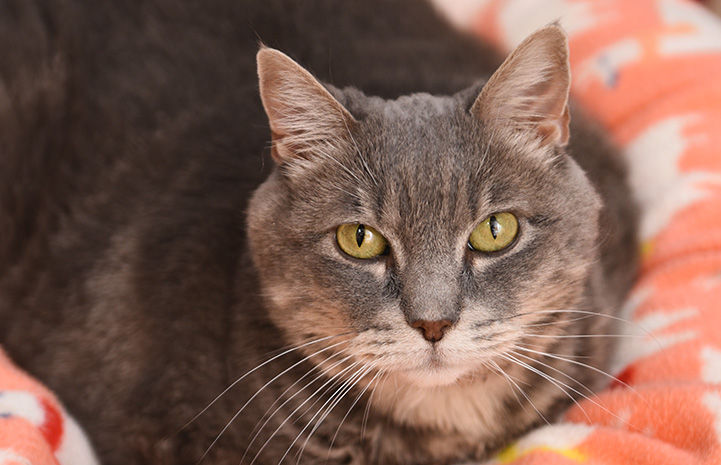 When Maxine first arrived and settled in, she barely moved from her bed and only got up to eat or use the litterbox, both of which were only a few steps away. Losing some weight was the most important part of the plan to help her feel better. The beginning of her weight loss plan, devised by Best Friends vets, was simple: a restricted diet along with pain medication so that she could get to a point where walking wasn’t so excruciating. It would take time.

Because Maxine was on a diet and wasn’t a fan of other cats while she was in pain, she got a room to herself.  There, she didn’t have to worry about other cats bothering her or stealing her food. She could gather her momentum on her own time, and soon she did.

The diet worked and she started losing a bit of weight. The pain medication did its job and she started walking more. Soon, Maxine graduated to a larger space where a couple of other cats could visit. Though she still stuck mostly to her bed, the trip to the litterbox and food was a little longer, giving her a bit more exercise. Once that was easy for her, she was ready for the next steps: an even larger living space, sharing with more cats and the great outdoors. 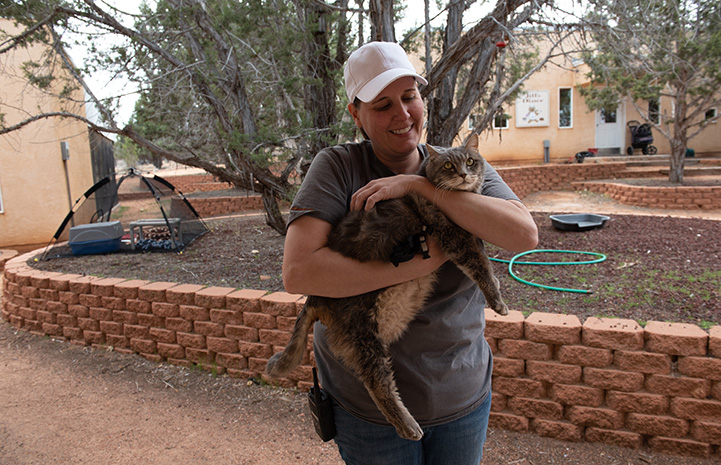 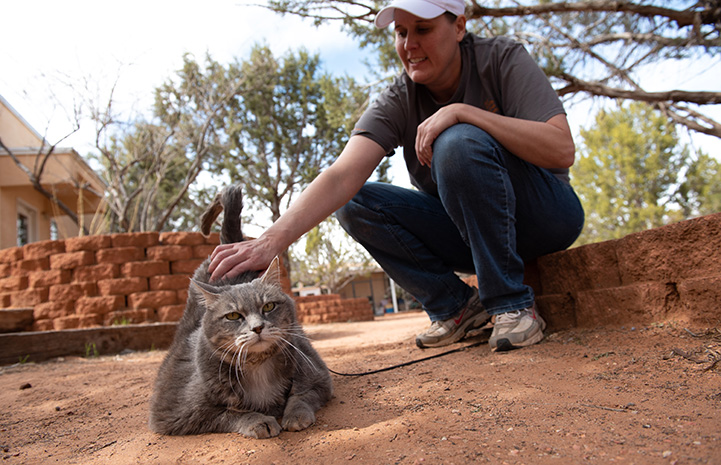 Staff began letting Maxine out into the lobby during the day and slowly she started exploring. She found new beds she liked and cats she liked to share those beds with. Even though she still had progress to make, she was feeling better than she had in a long time.

Her missing fur grew back as she stopped worrying at the spot, and soon she even began to enjoy a good scratch from anyone willing to give it to her. She went for her first walk outside, though it turned into more of a tour of the best places to sit in the sun. She would find a warm spot and settle down for a moment, but as soon as her caregivers called her, she would get up and trot over. And then she would find another nice spot and plop down again. 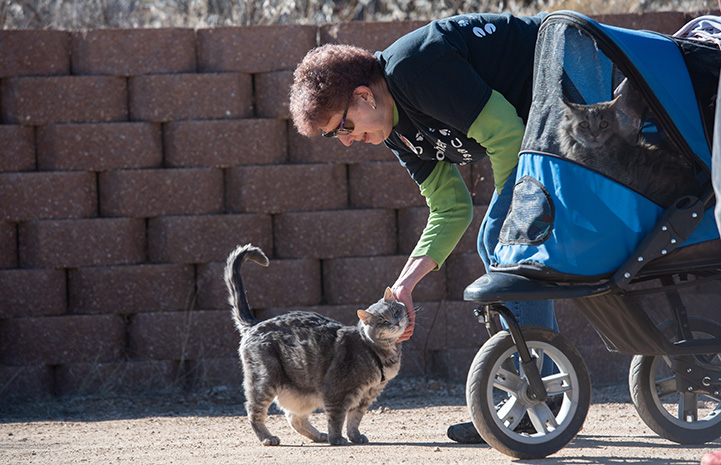 She kept going on walks and shedding pounds, taking breaks to stretch and sprawl in her princess bed or climb onto one of the many platforms in her room to get a better view. Then one day, she actually played with a toy.

These days, Maxine can be seen jogging through the halls of Cat World, leaping onto counters and dancing around with her favorite toys. She still goes for walks and loves rolling in the red ground outside, sun on her fur. With lots of care, patience and time, she’s hit her weight goal. At just under 11 pounds, she’s healthy and active. With how playful she has become, maintaining her good diet will be a piece of cake — or maybe just a walk in the park. 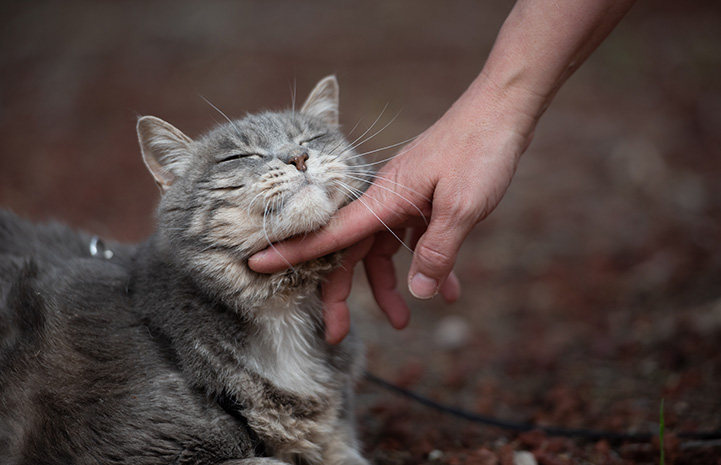