Some may say that a 14-year-old cat named Sweet Pea has already lived her best life. But there’s no age limit when it comes to starting to over — not for people and not for pets. Besides, sometimes things get better with age. They don’t call them the golden years for nothing.

When Sweet Pea came to the Best Friends Lifesaving Center in Los Angeles, the staff knew that someday, someone would come along who in addition to seeing how beautiful Sweet Pea was on the outside, noticed how beautifully resistant she is on the inside, too. Even a painful medical condition can’t rattle her grace.

And that’s just what happened the day Marjory, who is in her 80s, walked into the center looking for a cat to share her golden years with. 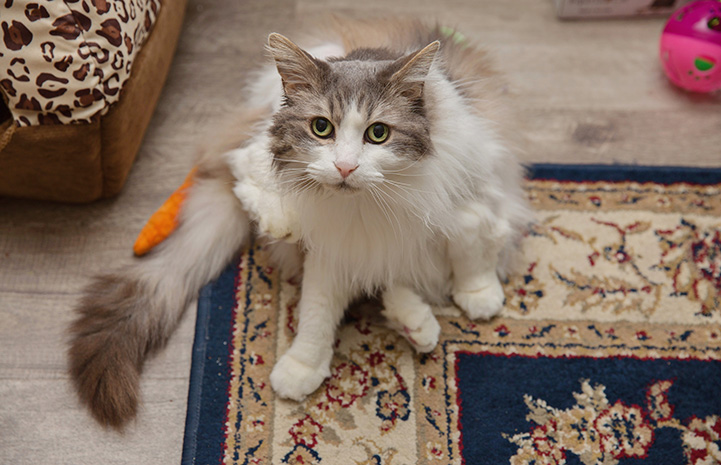 A well-mannered and poised office mate

When Sweet Pea was brought to the center, she was suffering from very painful bladder stones that caused her to avoid the litter box (which in her mind, was the source of her pain). At Best Friends, the medical team performed surgery to remove the stones and placed her on a special diet to prevent them from forming again.

Once Sweet Pea was on the mend and ready for adoption, her personality blossomed. No longer in pain, she proved to be a lap enthusiast who loves spending time with everyone she meets.

She quickly became a staff and volunteer favorite, and even spent time sprawled out on the desk of Alice Pike, a human resources administrator, while she worked. “She’s well-mannered, delicate and poised,” says Alice of her office mate. “I was so happy to have this perfect little princess as my companion.”

Cat not using the litter box: causes and solutions 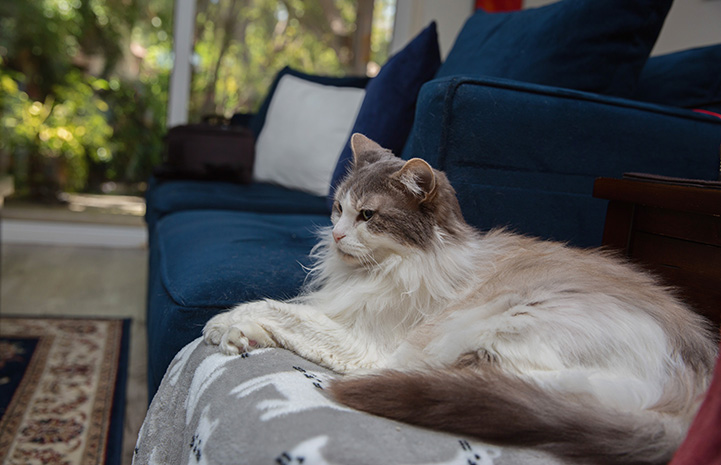 Two peas in a pod

While Sweet Pea was winning hearts at the center, Marjory was thinking it was time to adopt a cat. She’d recently lost her two beloved kitties, who lived with her for more than a decade, and she’d just moved to Los Angeles from Pennsylvania to be closer to her daughter, Leslie.

Thinking that a cat would be nice company in her new condo, Alice she looked one evening at adoptable cats on the Best Friends website. “As soon as I saw Sweet Pea, I knew it was her,” says Marjory. “I knew she was my cat.”

The next day, Marjory and Leslie went to meet Sweet Pea. They also learned more about her previous medical issues and how she now must stay on a special diet. Marjory didn’t mind one bit. “Sweet Pea also has arthritis,” she says. “Well, guess what? So do I.” 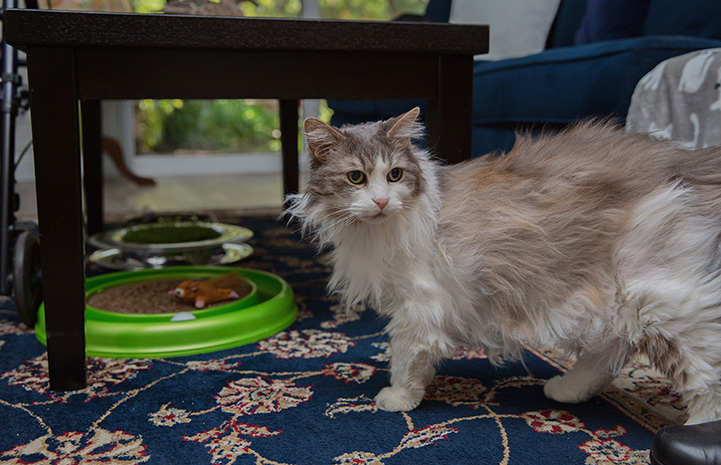 Today, Sweet Pea gets plenty of naps on Marjory’s lap. The two watch television together, and Sweet Pea loves it when Leslie and her husband, Chris, stop by. “Last time Chris came over, she put her paws around his ankle and he just melted,” says Marjory.

Since being adopted, Sweet Pea has had nary a litter box accident, and she eats her special diet without any objection. This hasn’t surprised Marjory, though. In fact, the only thing she worried about was taking Sweet Pea away from the center. 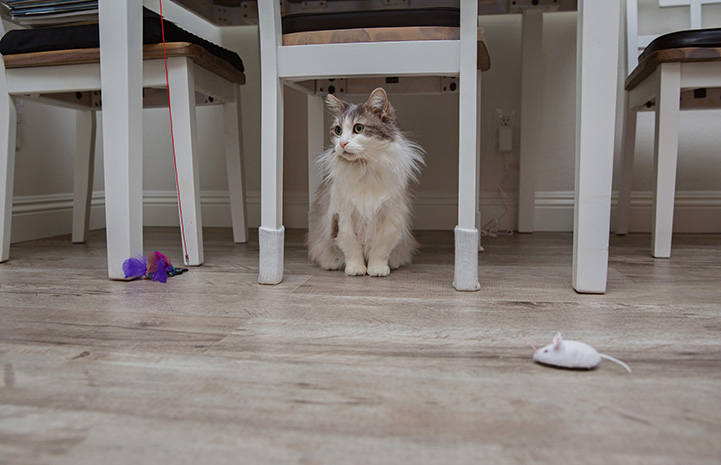 “When we went to leave, so many people lined up to say goodbye to Sweet Pea. And I saw some tears,” says Marjory. “I was also worried that Sweet Pea would miss all her friends there.” But Sweet Pea settled in at her new home quickly, perhaps knowing that she was finally right where she needed to be. In fact, Alice recently paid a visit to her former office buddy and was overjoyed to see how much retired life becomes her.

“I’m so glad they have each other,” says Alice. “It’s a perfect match.” 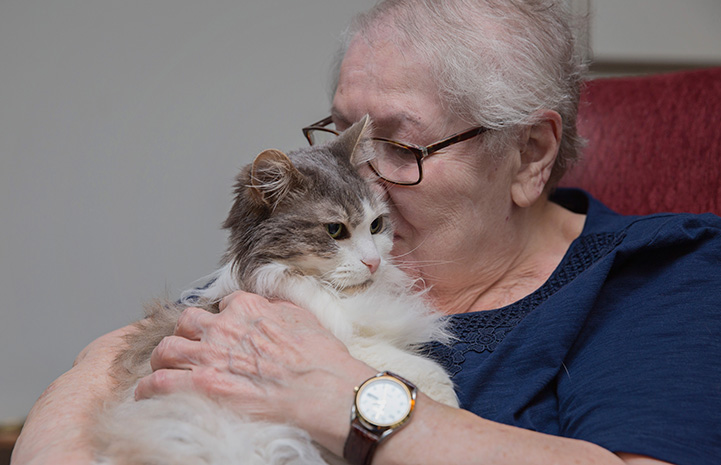