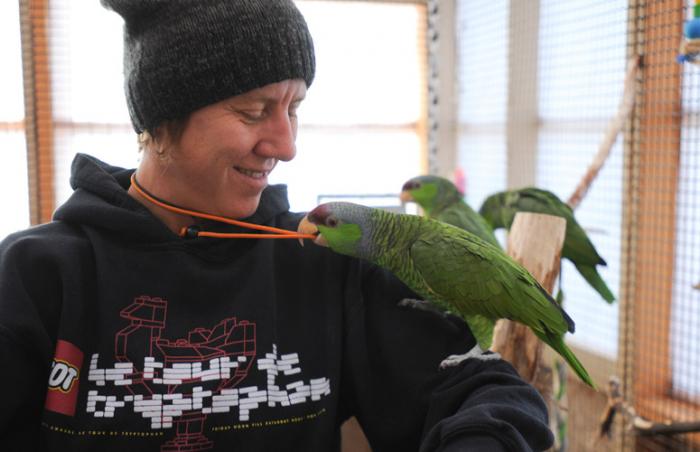 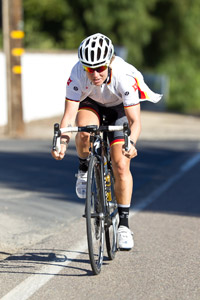 Though she’s modest about discussing her athletic accomplishments, Ina-Yoko Teutenberg has had a rock star cycling career. Her 20-year career includes two Olympic Games and a 2012 team world championship. This year as she enters into retirement from cycling, she’s in the exciting place of getting to choose what she wants to do with the rest of her life. Ina-Yoko has always loved animals, and the thought of working to help them in some capacity sounded intriguing, so she recently signed up to intern at Best Friends for some world-class, hands-on experience.

Ina-Yoko got to take part in the new five-week internship schedule, which recently changed to having interns work for a full week at five of the animal care areas (the schedule used to include brief visits to different departments and then each intern selected a project animal). So Ina-Yoko assisted in Cat World, Dogtown, Horse Haven, Parrot Garden and at the Bunny House.

Every day at lunch, Ina-Yoko talked with the other interns, who were working in different areas, so she got to “know” some of the animals before helping in that area. And by spending a week in each department, she really got to learn the ropes and soon became a valued volunteer.

Bonding with various species of animals

Not surprisingly, Ina-Yoko made quite a few new animal friends in her time at the Sanctuary. In Cat World, she connected with Mozart. He can’t really groom himself well, so she spent hours brushing him. And Treasure was excited whenever Ina-Yoko came to visit Dogtown, because the happy dog knew she’d get a nice long walk. However, there was one animal who stood out above the rest.

Despite the fact that Ina-Yoko had no prior barnyard experience, Billy the goat outshined all the other animals to her. Perhaps that’s because Ina-Yoko passed his test.

Her first day at Horse Haven, Billy closely supervised her work – very closely! As soon as she entered his pen, he was right there, butting his horns into her mucking rake.

“He wouldn’t leave me alone that first day, not for a second. I’d go from area to area and Billy was there,” says Ina-Yoko, who was eventually surprised by a head bump to the butt. She laughed it off, taking it as a sign of affection from the charismatic goat. She knows she passed his new-timer test because the next day he stayed close, but not so much that he was overly pushy. Instead he enjoyed cuddles and brushing.

Valuing the unconditional love of animals 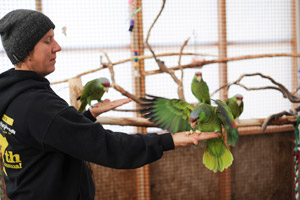 Ina-Yoko is still testing out things to do with her life in retirement, and it seems that both cycling and animals will most certainly be a part of it. She plans to help a former teammate bicycle through Canada to raise awareness for mental health disease, and perhaps work with a New York inner-city cycling program.

She feels that Best Friends is now in her blood and she’d love to return next fall. And it’s both the animals and the passionate people who draw her in.

“Animals give so much to us. I’ve gone through hard times and animals are always there – it’s unconditional love,” says Ina-Yoko, who is just as impressed with the caregivers and volunteers who dedicate their lives to care for the Sanctuary residents. “Best Friends means inspirational people trying to make the world a better place.”

Photos by Molly Wald and courtesy of KristyScrymgeour