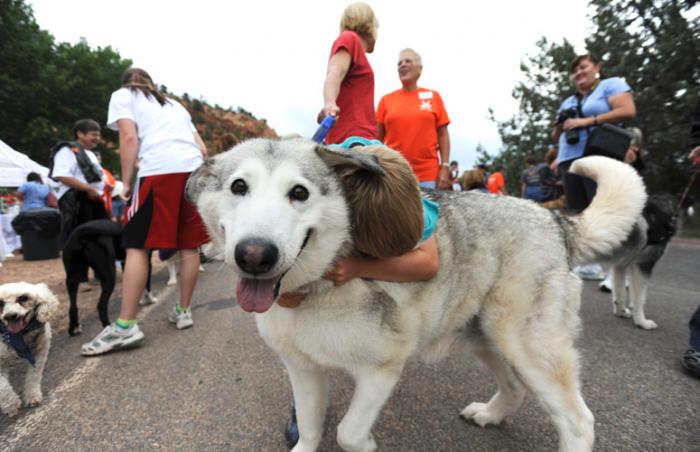 First Strut Your Mutt at Sanctuary a success

Although Strut Your Mutt has an 18-year history, this was the first time the event was held at the Sanctuary in Kanab, Utah. Best Friends' hometown is now one of 11 cities across the country hosting the annual event. New York City, Los Angeles, Baltimore/D.C. area, Austin, St. Louis, Jacksonville, Portland, and Salt Lake City, where the event originally began, are also host cities, and San Francisco and Houston, like Kanab, also came on board this year. 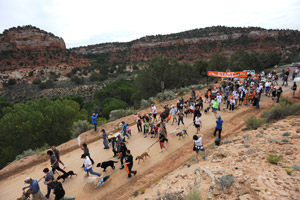 "Stutters" help save the lives of shelter pets by raising money to donate either to Best Friends, or to one of Best Friends' No More Homeless Pets Network partners, to fund adoption and spay/neuter programs. The funds help partners like Las Vegas-based Little Friends Foundation. They walked with Churchill the Polar Bear, a dog with a winning personality and a terminal heart condition, whom they saved from certain death in a shelter.

Utah-based Network partners Because Animals Matter and the Iron County Animal Shelter also attended the event. And Kristin Waters and Carole Feeny, co-founders of Project Blue Collar, a movement to change negative perceptions of shelter dogs, came all the way from Cincinnati to be part of the festivities. During their visit, Kristin and Carole were able to squeeze in some volunteering at the Sanctuary, and to take a few Dogtown residents on sleepovers.

At an arts and crafts table, an eight-year-old girl named Ellie twisted colorful pipe cleaners into doggie bracelets. A Paws and Pals tent, sponsored by ERA Realty, featured a clever, no-mess method of acrylic painting for both kids and dogs, and strutter Victoria Vigyikan, and her Chinese crested dog, Lily, each enjoyed a five-minute massage from Casey Iverson of Desert Springs Day Spa. In the midst of it all, there were raffle drawings, a dog and owner lookalike contest, a "howl-along," and a "biggest lap dog" competition.

Even some of the Vicktory dogs (who were rescued from NFL player Michael Vick's dog-fighting ring) got in on the fun. Mel, who lives in Las Vegas with Richard Hunter, had a blast on the walk. "He really likes being around a lot of other dogs," Richard said, adding that Labor Day weekend marked an important anniversary for them. It was exactly four years ago that Richard came out to the Sanctuary to meet Mel and to initiate the adoption process. 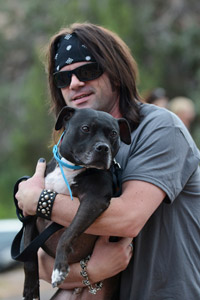 Rachel Johnson, her adopted Vicktory dog Oscar, and other members of the Vicktory dog walking team, won a Strut Your Mutt BarkBox challenge for raising just under $5,000 in two weeks. BarkBox, a Strut Your Mutt sponsor, awarded Oscar, as team captain, a fun box full of treats, toys and grooming supplies once a month for the rest of his life. But, says Rachel, Oscar is already spoiled enough; so the team donated the prize to Vicktory dog Meryl, who, because of a court injunction, calls Dogtown her permanent home.

A successful Strut Your Mutt in Southern Utah

Strut Your Mutt is one of the ways that Best Friends is working to Save Them All, and, all in all, it was a very successful and fun day for animals and animal lovers. More than 275 people attended the first annual event at the Sanctuary, and more than $40,000 was raised to save homeless pets (with over $9,000 of that amount allocated to Network partners). It was also an excellent start to the 2013 Strut Your Mutt season, and a big first step toward this year's total fundraising goal of $2 million.

Get information on the latest adoption promotion.