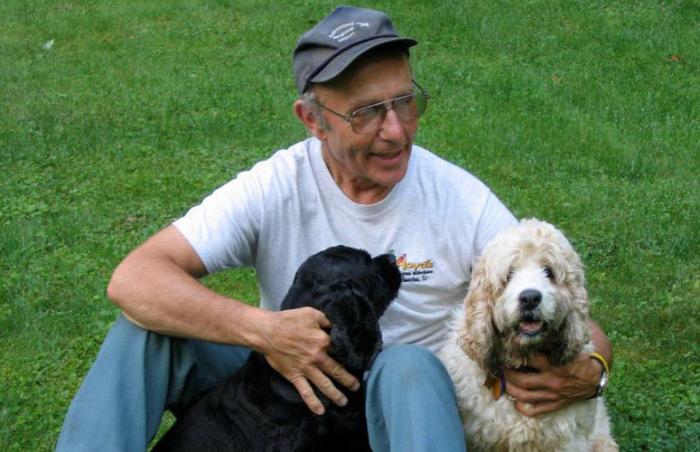 Floyd Lampart wants to help animals and knows how to get down to where the rubber meets the road … literally.

After six years in the planning, he recently embarked on a 12,000-mile bike ride called Pedal for Paws around the perimeter of the United States with the goal of raising more than $100,000 for improvements at Tri-Lakes Humane Society in Saranac Lake, New York, and to benefit the new veterinary clinic at Best Friends Animal Sanctuary. 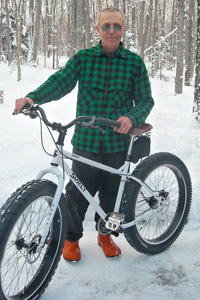 At 67 years old, he's been a cyclist for over 30 years. He's made two cycling trips across the United States. However, this 12,000-mile ride is without a doubt his most ambitious bike ride yet.

Floyd has chosen Best Friends' new clinic, which will include a laboratory, as a beneficiary of his efforts because, as he explains it, he wants to "enable the clinic to diagnose and investigate illness more quickly so that all the animals in the society's care are healthy, happy and ready for their forever homes."

He and his wife, Martha, are long-time Best Friends supporters, visiting the Sanctuary at least once a year. So it should come as no surprise that the couple has adopted five dogs from Best Friends over the past seven years. Martha laughs when she says she needs to keep Floyd away from the Old Friends area of Dogtown for fear they may end up with another dog who "needs him."

Departing from Lake Clear, New York, on a frosty 18-degree morning on April 4, Floyd's effort to make his goal a reality began. Though Floyd was seen off by his wife, three dogs and two cats, his journey will be completed alone. Anticipating a pace of roughly 75 to 100 miles per day, he estimates the trip to take about six months to complete.

Then, after completing his philanthropic loop around America, Floyd will return home, perhaps tired, but most certainly secure in the knowledge that he has helped many, many animals.