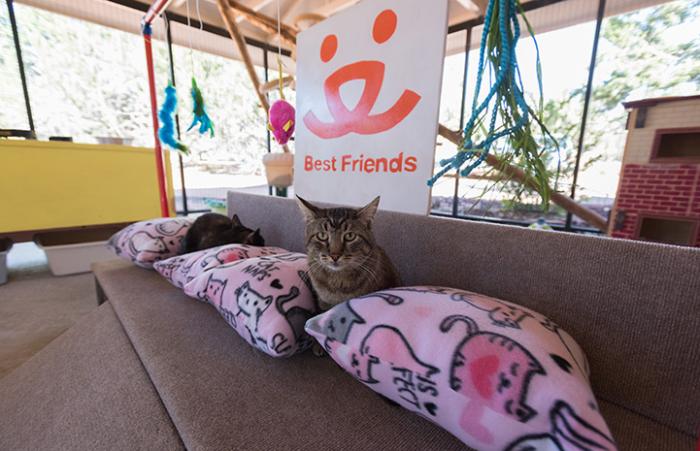 When fourth grader Kirrin Leslie was assigned the month-long “dream homework” project in his class this past year, he knew immediately what he wanted to do. Since he was already passionate about the cause of helping pets in shelters and has volunteered at the Sanctuary, he decided to design and build a specialized couch for cats at Cat World.

Though other cats would be welcome to use the couch as much as they wanted, Kirrin’s design was heavily inspired by a cat named Dilly, an 11-year-old brown tabby born with a paralyzed hind end. Her back legs have never worked and she’s incontinent. But she’s otherwise a happy, healthy cat who made a lasting impression on Kirrin when he met her.

To get around, Dilly walks on her front legs and slides her back end along the ground. Although she’s great at this and can easily get from point A to point B, it’s not easy for her to climb up and explore places above ground level. That’s what Kirrin had in mind as he tackled his project. 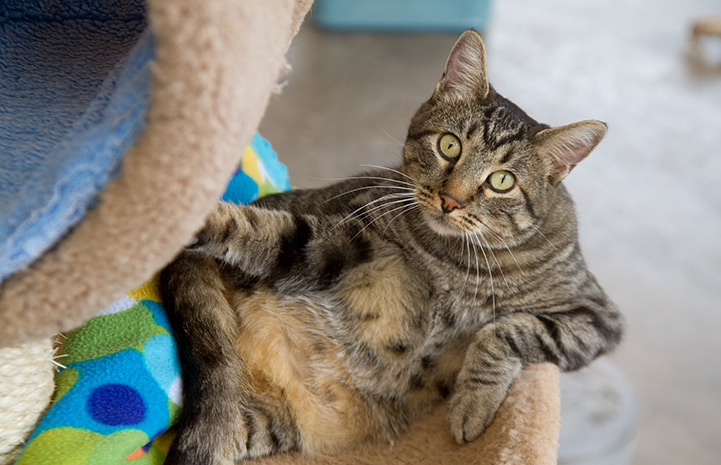 Over the past two years, 10-year-old Kirrin and his family, from Boulder, Colorado, have come to Best Friends several times to volunteer. While at the Sanctuary, they love spending time in Cat World.

Kirrin wanted Dilly to have her own special piece of furniture that was easy for her to access, comfortable to lounge on and a cinch for caregivers to clean. Most of all, he wanted her to feel what it's like to be able to climb up and lie on furniture anytime she wants, just like other cats.

Kirrin’s older brother, Perrin, championed the idea. In fact, he planted a seed for Kirrin’s project when he created and donated a cat hotel two years ago.

Though he had help from his parents and brother in building the couch, the clever, compassionate design was all Kirrin’s.

The couch features a ramp that Dilly can use to pull herself up onto the seat. There’s a Best Friends sign and a PVC pipe bar where hanging toys can be attached so that cats can play on the couch, too. Everything was made with safety in mind: There are no sharp or pointed edges that could cause injuries. The couch includes cushy pillows made with a soft fabric that Kirrin picked out. In an extra thoughtful move, a bit of catnip was sprinkled inside each pillow before it was sewn up.

The entire structure is also “Dilly-proof,” in that all the fabric and carpeting is attached with Velcro, so that it can be taken off easily for cleaning. Kirrin even brought extra material, in case anything becomes too damaged to reuse. 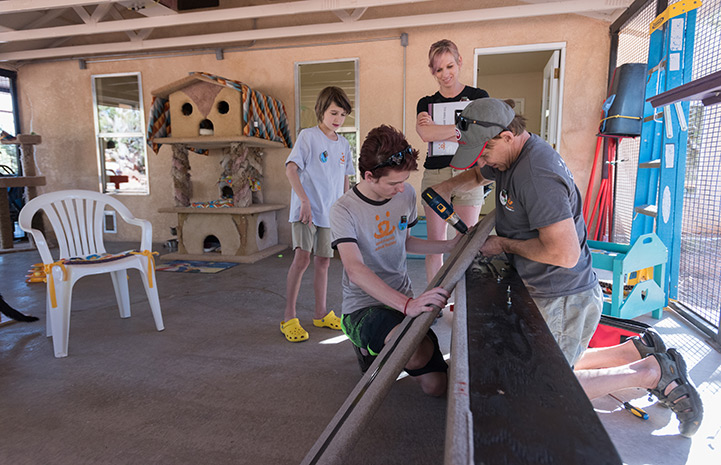 The young boy’s thoughtfulness and thoroughness impressed Cat World manager Jenn Corsun. “The design looks good and is functional,” she says. “I like that (Kirrin) really thought about everything being able to come apart and be cleaned. I think it's great that he built something for Dilly to make her life better. We’re really honored here at Cat World that both boys thought of us for their school projects.” 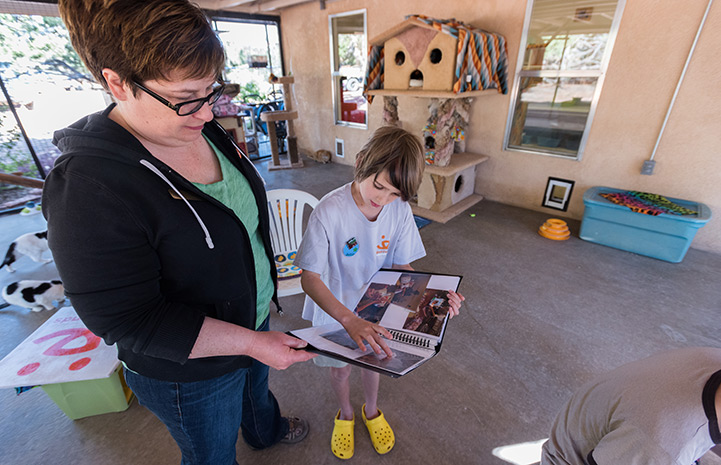 ​Perrin, the proud older brother, says, “When Kirrin came to me with this idea, I was ecstatic, and I said absolutely make this!”

Kirsten, the boys’ mother, says: “I think one of the things the boys really like in creating these projects is that it's more than just coming out and volunteering for a few days. We are grateful that there is a place like Best Friends that has a need for it, and bringing the projects here was such a wonderful and welcoming experience.” 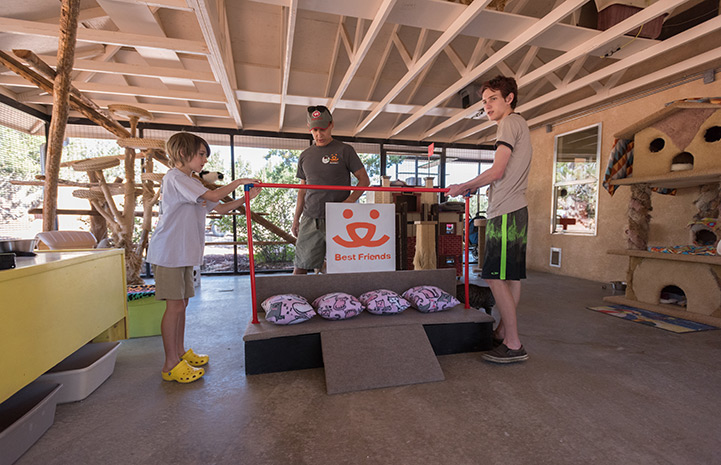 Of course, the cats were Kirrin’s toughest critics — and the ones who gave him his biggest reward. While Dilly needed some encouragement in the beginning, three cats came running over to the couch the moment it was fully assembled in their outdoor catio. They jumped up on it, taking special interest in the large catnip-stuffed pillows. Then Dilly tried out her new furniture. As she sprawled out in comfort, she also appreciated the big fluffy pillows.

Best of all, it’s totally accessible, enabling her to climb up whenever she likes, or when she craves a big catnip pillow to cuddle up next to. And that’s what Kirrin had hoped for.

“I think the pillows are a big hit,” Kirrin said. “It feels amazing to bring this here and see all the cats on it.” 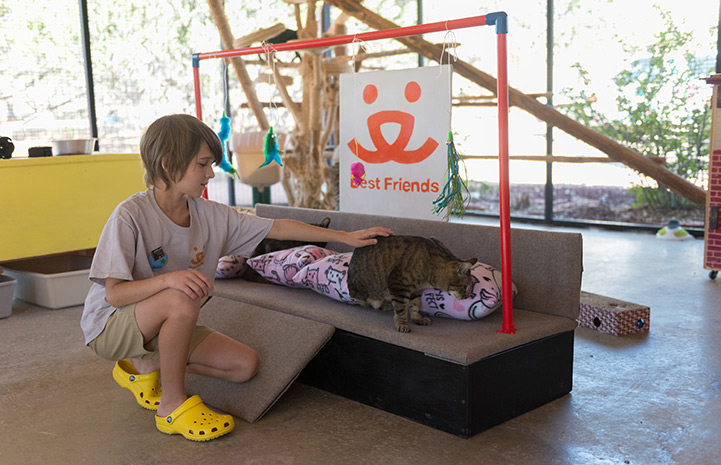