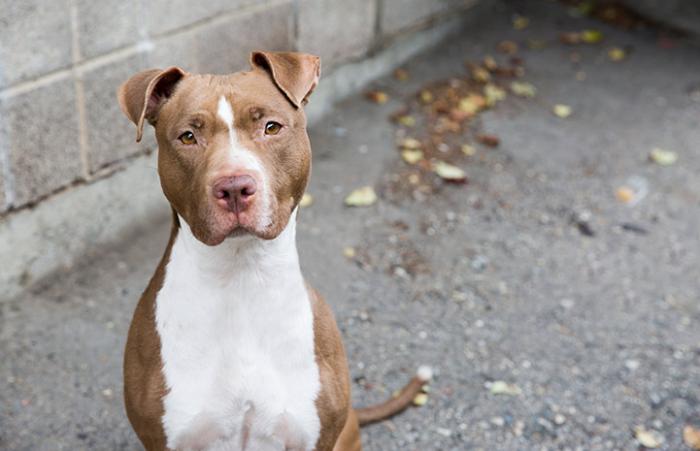 "It's a work in progress," commented Ken Foster with a smile, referring to state of affairs of pit bull terrier rescue in New Orleans. Foster, a New Orleans resident, writer, and long-time dog rescuer, is the founder and director of New Orleans" first pit bull rescue organization, Sula Foundation. He is also the author of The Dogs Who Found Me: What I've Learned From Pets Who Were Left Behind, and Dogs I Have Met and the People They Found.

In the days and months following Hurricane Katrina, the news stories covering the storm's aftermath were often filled with photos and videos of the animals of New Orleans, lost and loose on the streets. One of the most striking things noticed by the nation's rescue community was the high number of pit bulls and mixes who lived in the area. At that time, no rescues or shelters in the area had any programs for the adoption of pit bull terriers.

The intense need for a rescue specifically for pit bulls in New Orleans became more and more apparent. Foster recognized that need, as well as the need for more outreach-type assistance for pet owners. He said, "I was traveling around the country with my book, and raising money for animal welfare organizations. Then I thought "I could be doing this for the dogs in New Orleans!" The idea for a formal organization took root. Foster began receiving support from people in the New Orleans area and beyond. In March 2008, Foster attended the The Mystic Krewe of Barkus with a box full of Animal Farm Foundation T-shirts. The response was positive, with people acknowledging the need for help for pit bull terriers in New Orleans, as well as the need for assistance for some pet guardians. The desire to help was also there, in the form of donations and interest. Foster saw this, and the decision was made: make it official. Sula Foundation, named after Foster"s beloved pit bull girl who found him on St. Patrick"s Day 2004, was born.

Sula Foundation's mission is that of being "dedicated to fostering responsible pit bull ownership through low-cost veterinary clinics, free spay/neuter, education and advocacy."

Foster stated that his initial intention was to do more outreach work than actual rescue, at least in the beginning. However it wasn"t long before the organization took in Grover, a handsome pit bull terrier boy who had been severely neglected. Next came a litter of puppies. And the rest, as they say, is history. Sula Foundation has participated with local shelters in developing programs specifically focused on promoting pit bull terrier adoption and being a responsible pet (pit) companion. An example is Louisiana SPCA's Pit Crew program, for people who share their lives with a pit bull. By joining the Crew, people can connect with each other and to spread the word about pit bulls looking for forever homes. Sula Foundation also assisted with sending several LA-SPCA staff members to BAD RAP Pit Bull Rescue for training, as part of LA-SPCA"s new initiative to promote pit bull adoptions.

"We are continuing to find ways to collaborate with local rescues and shelters," Foster reported. Sula Foundation continues to offer resources and assistance to put bull people in the community, and in vibrant, New Orleans style. October 16, 2010 is the Bywater Bark Market. Sula will be offering a low-cost vet clinic on site for vaccinations and other minor treatments, as well as arranging for free spay/neuter for pit bulls. There will be a raffle, with all proceeds benefiting the Sula Foundation. Admission to the event is free with the donation of pet food to be donated to the dogs affected by the oil spill.

Learn what Best Friends is doing to end breed discrimination