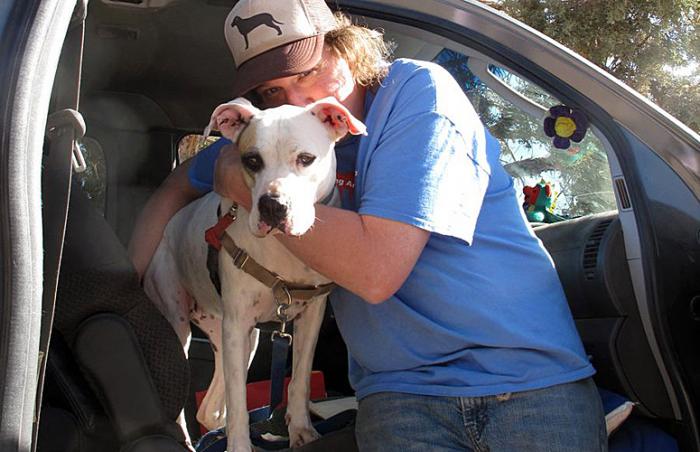 Honoring memory of beloved Dogtown intern by establishing a scholarship

Andrew “Andy” Kostuik did much more than make a lasting impression during his four-month internship in Dogtown in 2013: He raised the bar for making the most of an internship at Best Friends.

The time Andy spent at the Sanctuary became the crowning experience of a life filled with compassion and meaning. When he passed away unexpectedly in 2014, the loss sent shock waves through Dogtown, where he was loved by everyone who had known him.  Because that intern experience meant so much to him and he made such a lasting impression on those with whom he worked, a scholarship fund in Andy’s name has been established to give future Best Friends interns the chance to share in the magic he found at the Sanctuary. It’s also helping keep memories of him alive and well. 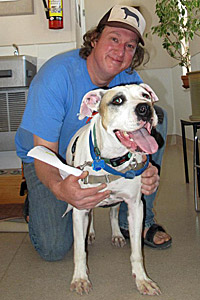 With his can-do attitude and outgoing personality, Andy was always the first person to step up whenever anyone needed help. His incredible generosity showed in everything he did. For example, he spent 76 evenings taking dogs on sleepovers, giving each of them an evening full of snuggles and love.

Andy took a special interest in animal behavior — especially with abused animals suffering from psychological injuries, like those afflicting the Vicktory dogs (the 22 dogs who came to Best Friends after being rescued in 2007 from the property of professional football player Michael Vick). Even though Andy had a unique and special rapport with the dogs, he studied the methods used by Dogtown trainers and caregivers to rebuild their trust and confidence.

Andy’s work in Dogtown deeply touched and changed him. "It was one of the most profoundly positive and rewarding experiences of my life,” he once said, “and I would strongly encourage anyone to share in the experience that is Best Friends. It is a special place where like-minded people come together with a common goal and make good stuff happen."

Not only was Andy passionate about meeting the needs of each individual dog he worked with, but he also lived his life in a way that encouraged others to follow their passion and to have meaningful experiences. That’s why the scholarship fund seems the perfect way to carry on Andy’s spirit — by giving others opportunity to enjoy Best Friends in the same way he did.

Andy’s parents, Dr. and Liz Kostuik, struggled not only with the loss of their son, but also with finding the best way to honor his memory. “Andy followed his own drummer and sampled many facets of life and the world,” says Liz. But Best Friends was where “he had found his niche and where he belonged. …”

Andy felt lucky that his family always helped him in his search for fulfillment in life, Liz explains. He also recognized that not everyone has the support, encouragement and financial means to pursue their dreams. So the Kostuiks decided that the best way to honor their son was to help other dedicated, compassionate people put their love of animals into action at the Sanctuary.

Even though they were grieving, the Kostuiks began working to set up a scholarship for future Best Friends interns. The Andy Kostuik scholarship will provide financial support to people who are passionate about animal welfare and want hands-on animal care experience at the Sanctuary. It will assist with lodging, food and travel expenses for those in true financial need and Liz says it’s an idea Andy would have loved. “Everyone who knew Andrew immediately said this was exactly what he would have wished for.”

Changing the world for the better

Andy will always be remembered for his kindness, his compassion and his relentless pursuit of meaning in life. Now, the Andy Kostuik Scholarship will give those who follow in his footsteps a chance to find belonging with other like-minded people and work for the greater good.

“Andy would have said that anyone wanting to come to Best Friends as an intern might find, as he did, the work of a lifetime with the attendant satisfaction of knowing one was making a change for the better in the world,” says Liz. And now, because of his legacy, more people can and will.

Find out more about internships at Best Friends, including how to apply for the Andy Kostuik Scholarship.