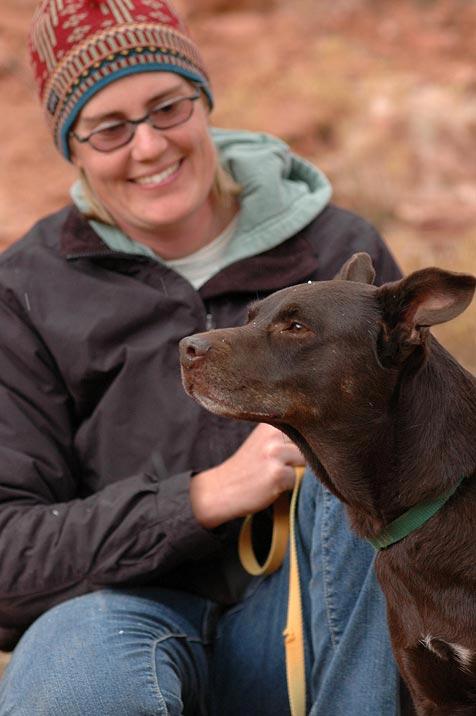 Hospice care for dog with heart failure not needed?

It’s not Nala’s fault she isn’t laid up on a cot somewhere, spending her days trying to save her strength. You see, nobody bothered to tell her she’s supposed to be in hospice care. She didn’t get the memo. It was an honest mistake!

Nala was rescued from Hurricane Katrina, and ended up going into heart failure. She started retaining so much fluid around her stomach that for a while she looked like a goat sporting a dog’s head and tail. One belly tap to relieve the pressure drained a full two liters (a lot!) and she was still a bit like a sloshy water balloon.

All the signs pointed to hospice care, which means doing everything to keep her comfortable for her last months. So, she went to stay with horse manager Jen Reid. Only thing was, Nala decided enough with the sick stuff already. After a few adjustments in her heart meds and with her stubborn attitude, Nala slimmed down, lost all those abdominal fluids, and now looks like a million bucks. She goes hiking and everything. No doubt this girl has the vets baffled. If anybody wants to send a "get well" card, Nala would probably assume it ended up at the wrong address.

Nala is part wombat, part alligator. As such, she’s earned the nickname of Wombagator. Nobody is entirely sure how a dog acquired such a strange and seemingly incompatible heritage, but apparently she made the situation clear to her foster family and they responded accordingly.

And while she wombagates folks right and left (it’s the only way to describe her high-energy mischief), everybody remains baffled by Nala’s turnaround. She still has an enlarged heart, so it’s tough to say how long she’ll be avoiding her sick bed. (A zillion years?) But in the meantime, she’s making sure not a single day goes by unexplored.