Abner isn’t a new arrival at Best Friends. He’s been living at Cat World ever since he came to the Sanctuary from a humane society in Kansas, but recently, Abner got himself a new gig. As the head honcho of the Best Friends mailroom, he puts his personal stamp on every package or piece of mail that comes in or goes out from the Sanctuary. He’s even got an office with a cat’s-eye view.

The tabby-and-white cat moved into the mailroom after he began having trouble with his roommates in Cat World, but now he couldn’t be happier.

Abner also has feline immunodeficiency virus (FIV), and that, paired with his cantankerous attitude toward other kitties, made him a good candidate for new accommodations where he wouldn’t have to get along with other cats. 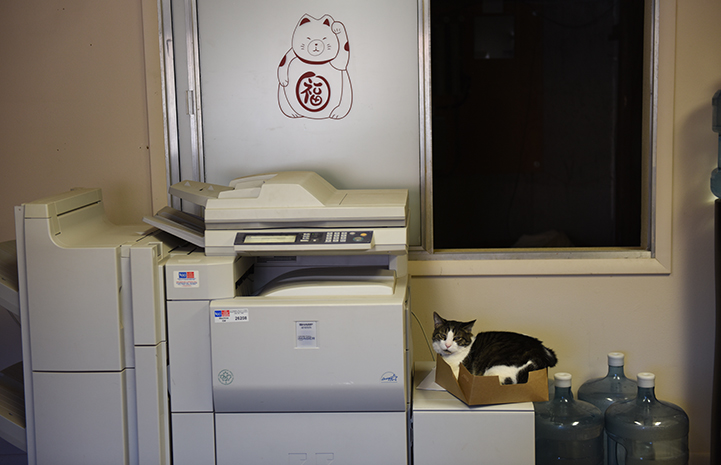 When a “supervisory” position opened in the Best Friends shipping and receiving department, Abner was a shoo-in. The large space is the perfect stomping grounds for a solitary cat, and he has three staff members to boss around.

“He is definitely the boss around here,” says Tara Dick, shipping coordinator. “There isn’t any part of the office that isn’t his.”

You could call Abner nosy, though he might say he’s just concerned about quality control. He inspects every package or piece of mail that comes to the Sanctuary, and he carefully monitors everything that goes out. When things are quiet, you can find him napping in the outgoing mail bin. It’s no wonder that some of the mail coming out of Best Friends is toasty warm and covered in tabby-and-white cat hair.

Once he ensures that all shipping and receiving operations are running smoothly, Abner can relax by jumping up on a desk to gaze out of a window overlooking part of Horse Haven. Perhaps he is daydreaming about finding a home where he can be the only cat. But for now, Abner is happy, and he’s thankful to have a job to do. 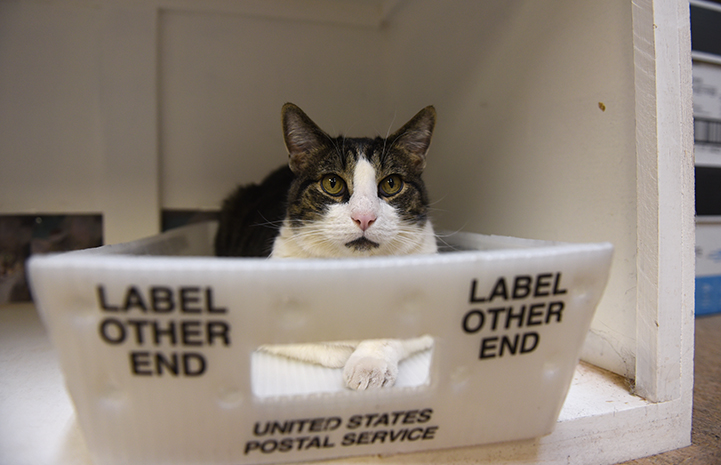 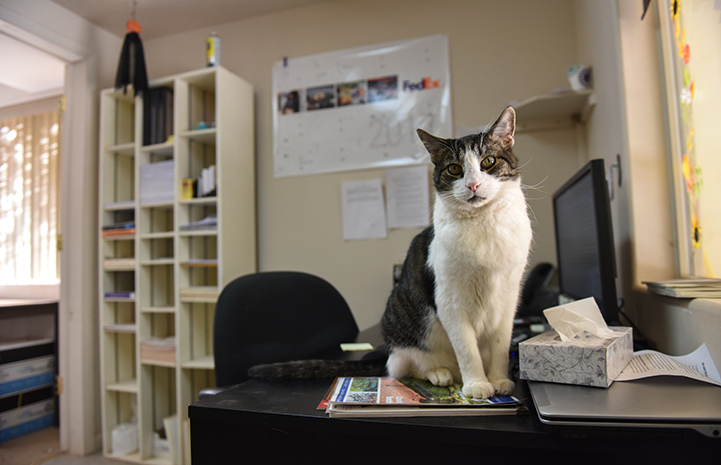