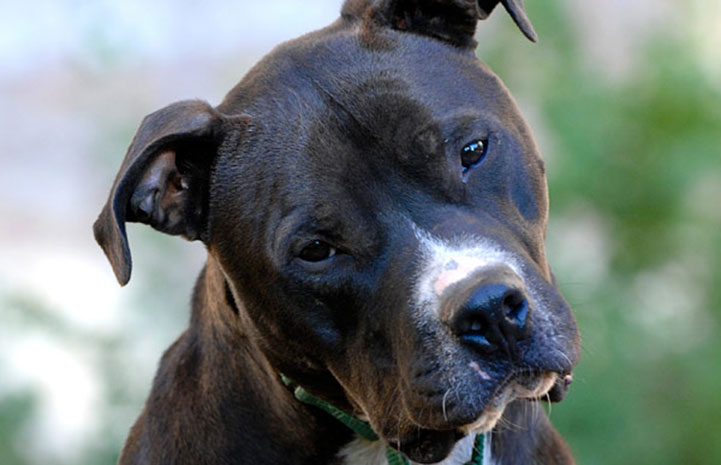 I met the Vicktory dogs when they arrived at the Sanctuary in January of 2008. This was the start of a bond for me that grew to be unbreakable. I became completely dedicated to them all and loved them unconditionally.

These dogs were the most resilient creatures I had ever met, and I felt so blessed to be a part of their new lives. We could not focus on what they had suffered, or how they were treated in the past. They were finally safe, and it was time for them to move on.

Building relationships with each of these individuals was a beautiful journey for me. It was very important that our relationship be based on trust. 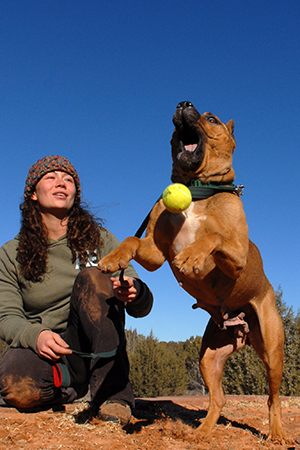 I remember when I first met them and most of them were afraid of me. They would hide or make themselves small when I approached their gate or entered their run. After a little time, many started to show interest in me. Some took a little longer than others, but they were starting to settle in and feel safe.

Before I knew it, the dogs that ran from me when I approached the gate were running up to me with their tails wagging and gently approaching to sniff me when I entered their run. I was no longer a threat to them, but a friend they were learning to trust. Not long after came the cuddling, which soon turned into them falling asleep in my lap. This friendship and bond quickly turned into love.

These dogs were all complete individuals and their personalities were coming out. They each had their own fears and obstacles to overcome. Many were shy and fearful of people, unfamiliar situations and new environments. For these guys, every small step they made was a huge victory.

I have so many wonderful memories of every one of these beautiful spirits that changed my life forever:

The relationships that were developed with these dogs and the people in their care is truly what helped them conquer many fears. They became more and more willing to try new things, because they trusted us and knew we would keep them safe. This is something many of them were not used to, but they were learning. They were also becoming more willing to trust other people. 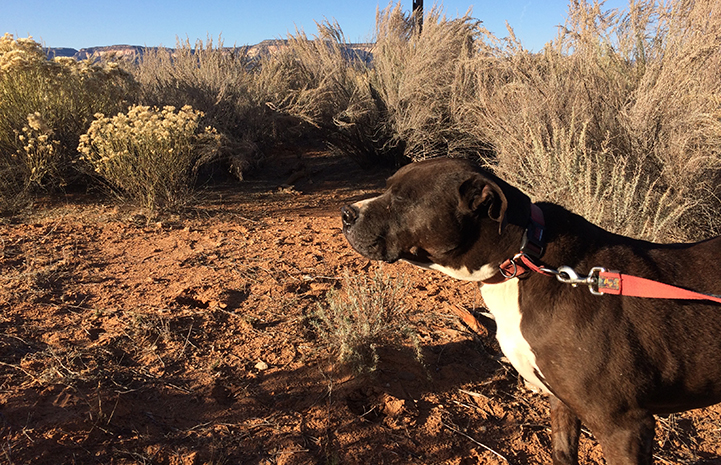 These memories will always be with me, as well as the memories of many of them finally going home. These moments were bittersweet. The updates, videos, pictures and visits brought me tears of joy and warmed my heart. They were all thriving in their new homes with their wonderful loving families. I was just so proud of how far they had come and what their lives had become. It was everything I could have ever hoped for them and more.

Many of them have passed away in the last few years. I know they were well taken care of and truly loved. I am so grateful to every family that took in one of my beloved friends and gave them the life they had always deserved. 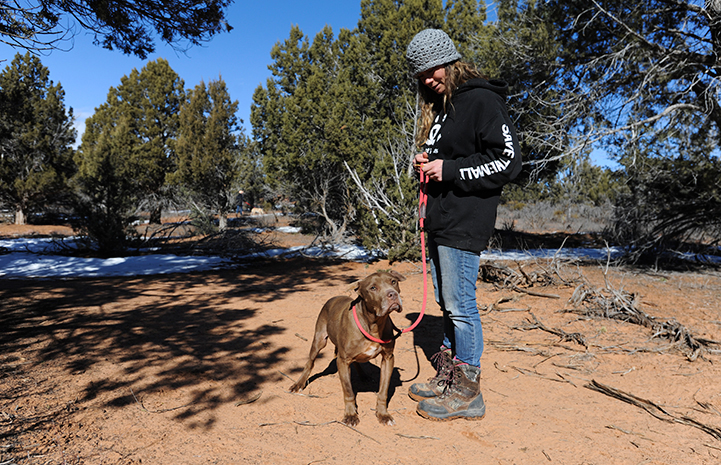 Willie Boy stayed in my care throughout all these years. Willie and Denzel were the two I had cared for the longest. They were in my life for many years and saying goodbye to them was completely heartbreaking. It has been nothing less than an honor, a privilege and a blessing to have known them and to have been by their side through it all. I know their life was full of love — a love that at one time they never knew existed and honestly, a love that at one time I never knew existed.