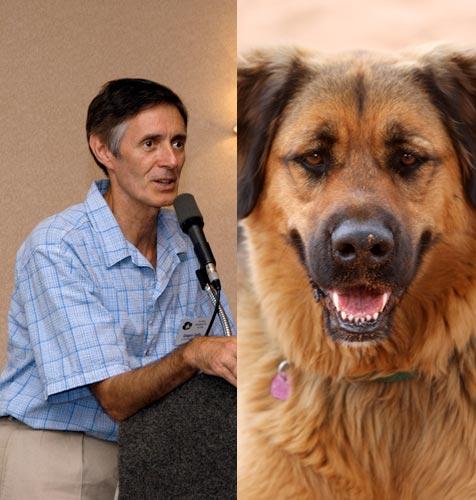 Now a felony to torture dog or cat in Utah

Pushed by a groundswell of public opinion, Utah legislators on March 4 passed a bill making it a felony to torture a dog or cat. The Beehive State is the 44th to do so.

Last year, both the Senate and the House of Representatives approved the bill, but it fell victim to last-minute political maneuvering.

This year, it was a victory of the vox populi.

"I've been tremendously impressed and delighted with the enthusiastic and energetic support that Best Friends members have given this effort during the last few months," says Gregory Castle, one of Best Friends’ founders. "Many legislators have told me that they have received hundreds and hundreds of calls and e-mails from our members. There is no doubt it has been a huge help in getting this important legislation passed. My personal thanks to all those who have made their voices heard for the animals."

The bill (SB 297) makes the deliberate torture of a cat or dog a third-degree felony on the first offense and leaves the current animal-cruelty code intact. The bill covers only domestic dogs and cats, but it’s a marked improvement over the weaker penalties given for a misdemeanor offense.

In 2007, Utah was considered one of the five worst states in the country in terms of animal protection laws, according to the Animal Legal Defense Fund. This new law is a huge victory for animal welfare advocates everywhere.

Best Friends Network content manager Denise LeBeau posted this message on the web: "Best Friends Animal Society is extremely grateful for the outpouring of support to help strengthen the animal cruelty laws in Utah. It’s time for our elected officials to realize that animals are important to their constituents. Thanks to every single person who signed a petition, wrote their senator and/or representative and helped spread the word to help make the change!"

Animal torture laws are as much about recognizing the danger to people from animal abusers as these laws are about protecting animals. Research shows that people who abuse or torture animals tend to be violent toward spouses, children and other people. The mental health field calls this "the link." One long-term study found that 70 percent of animal abusers committed other crimes, while 44 percent went on to harm people.