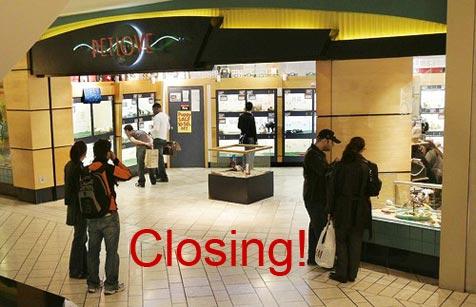 The closure of Pet Love, the goliath of pet stores in Los Angeles, stands as an extraordinary milestone in the Best Friends’ "Puppy-Store-Free LA" campaign, aimed at stopping the sale of puppy-mill dogs in the Los Angeles area. In the six short months since the campaign was launched, the campaign has resulted in the closure of four Los Angeles pet stores selling dogs bred in puppy mills.

But the significance of these closures goes beyond that of individual pet stores, even one as iconic as Pet Love. The closures prove how efficient and effective the "Puppy-Store-Free LA" campaign strategy is in potentially undermining the national market demand that pet stores – no matter where they are – rely on to sell dogs procured from puppy mills.

"There is a supply chain that runs from breeder to distributor to retail outlet," says Francis Battista, a Best Friends founder. "The Puppy-Store-Free LA campaign interrupts that chain by going after the retail outlet and trying to convince it to change its business model based on adoption."

As Best Friends has discovered, the campaign strategy has been much more effective than simply protesting puppy mills, since puppy mills tend to be in rural, out-of-the-way areas, where consumers are not.

"The beauty of this campaign strategy is that it’s measurable and anyone can do it," Battista adds.

The strategy has four components:

The first and second components proved vital in the closure of Pet Love, says Elizabeth Oreck, manager of Best Friends’ Los Angeles programs. "We were able to educate people, and bridge the disconnect they have between pet stores and puppy mills," Oreck says.

That education ended up taking a bite out of Pet Love’s sales.

Another pivotal factor that helped close Pet Love was the response of the Beverly Center, the mall in which the store was located. The number of petition signatures the demonstration garnered from mall patrons and employees demonstrated to management that Pet Love was bad for the mall’s reputation, and bad for business. As many people on that petition testified and knew firsthand, Pet Love was selling sick animals for thousands of dollars each.

"We find that people are responsive to the consumer fraud angle," Oreck says. "Nobody wants to get ripped off, especially during these [hard] economic times. What we’ve been able to do is give malls cover to say, ‘We don’t want this in our mall.’"

Battista believes the poor economy may actually benefit the puppy-store-free cause in the end because people will be more likely to think twice about purchasing an animal for thousands of dollars from a pet store when they can adopt one at a shelter for a fraction of the price.

If pet stores can’t sell their animals, puppy mills can’t stay in business. "I think we will see tangible results and effects on puppy mills by next year," Oreck says. She believes that public outcry against puppy mills will also inspire legislators to act against them. "When the public is responsive to a campaign, legislators take notice."

Read an in-depth resource about why you shouldn't buy a pet store puppy.

Photo of Pet Love storefront by The L.A.Times