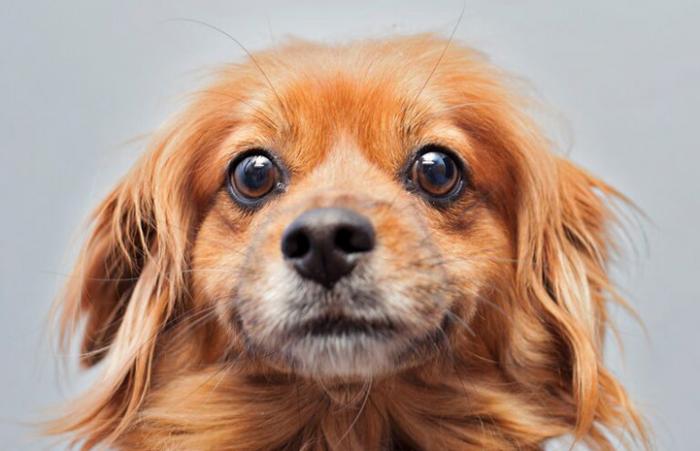 Red spaniel gets a new lease on life

It was heartbreaking to see Pippa the dog so scared. The little red spaniel spent her days curled up on her bed, watching the world go by with a look on her face that said, “Don’t come near me.”

After losing her home, she landed at a busy Los Angeles Animal Services shelter, where she was understandably overwhelmed and confused. And even after arriving at the Best Friends Pet Adoption and Spay/Neuter Center, she didn’t show any signs of relaxing. It seemed that Pippa had decided to keep everyone away from her, even though everyone she met only wanted to help.

Getting Pippa to her happy place meant taking a chance, but it was worth every ounce of effort to get her into just the right home.

While most pets settle in quickly and find homes soon after they arrive at the Best Friends Pet Adoption and Spay/Neuter Center, Pippa had a hard time. Staff and volunteers did their best to win her over, sitting with her in her kennel, trying to take her for walks and introducing her to other dogs. Pippa would have none of it. “She just wasn’t a happy camper,” says Miriam Giordino, lead adoptions specialist at the center.

Pippa needed a stable home where she could relax and settle in, but no one showed any interest in adopting the defensive little dog. That is, until Hollye and Henrri Morales came along. 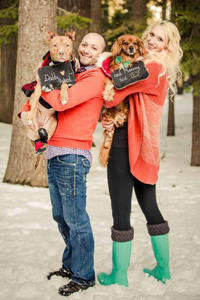 Hollye had been looking online for a spaniel to adopt, and that’s how she first learned about Pippa. Excited, she called the center and talked with Miriam, who was candid about Pippa’s challenges: She was scared, she was willing to bite, and it was going to take a lot of time and patience to get through to the little dog.

“Hollye wasn’t put off by it,” Miriam says. “We spent a long time talking about her dog experience.” Even though Hollye lived two states away, in Washington, it began to sound like her home might be exactly what Pippa needed.

The only way to find out was to try it and if it didn’t work out, Pippa could come back to L.A. And so it was settled. Pippa was going to Washington.

Once she arrived at the Morales’ home, Pippa had no trouble bonding with her new parents. In fact, she became so attached that she couldn’t bear to let Hollye and Henrri out of her sight. “We couldn’t even take showers without her crying and scratching at the door,” says Hollye. And Siri, the couple’s recently adopted pit bull puppy, scared Pippa. In fact, just about everything scared her, but Pippa’s new people remained determined to help her.

For months, they spent extra time with Pippa, reassuring her any time she got scared. They slowly helped her get used to Siri, who grew from a tiny puppy to twice Pippa’s size. It was months of two steps forward and one step back, and frustrating at times.

But no matter how hopeless it may have felt, Hollye and Henrri didn’t give up on Pippa. “We just kept loving her,” says Hollye. “I think that was the secret. She just needed to know she was in a secure place that wasn’t going to change.”

Today, after a year and a half of unwavering love and reassurance, Pippa is a different dog. 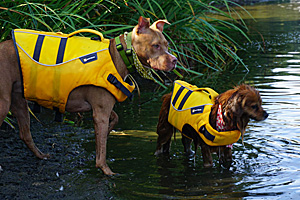 ​Hollye kept in close contact with Miriam and other staff at the center who were rooting for Pippa in her new home. And soon, photos and updates made it clear Pippa was beginning to thrive. “I got a bit choked up when I saw photos of her with her new family,” says Miriam, “and shared them with everyone here who knew her. We’re all so happy to see her living such a great life.”

She’s also become best friends with her little (big) sister, Siri. The now grown pit bull terrier and little spaniel are inseparable, playing chase in the yard and wrestling together.

Recently, the family went on an outing to a nearby lake where Pippa took to the water like she was born for it. She paddled around on her own, following and befriending a duck. Hollye and Henrri watched, bursting with happiness at their once-scared dog. “Watching that girl swim her little heart out was the best feeling,” says Hollye. “She was just being a normal dog.”

Even though it took months of patience, work and care to get Pippa to where she is today, Hollye says, “Adopting her was one of the best decisions we’ve made.”

Photos by Lori Fusaro and courtesy of Hollye Morales