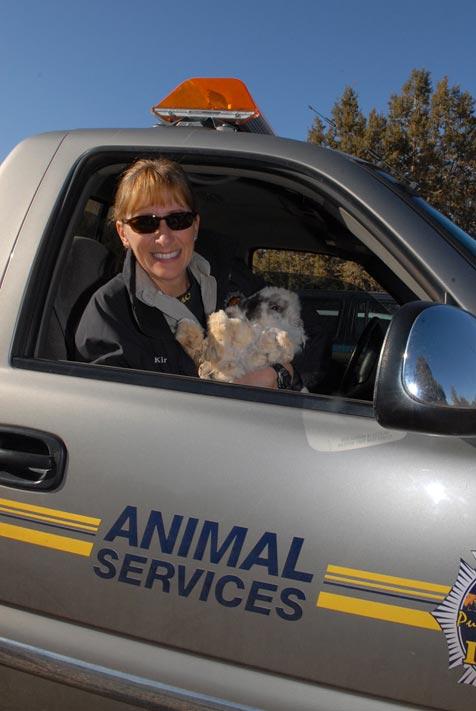 The new arrivals were among 17 domestic rabbits who’d been abandoned along a highway in southwestern Utah. Domestic rabbits, of course, can’t survive in the wild. If predators such as coyotes and hawks don’t pick them off, they would starve.

When they were found January 13, they were already in bad shape, according to Robin Kirker of the Ivins (Utah) Animal Shelter. "They're just a mess," she told the local newspaper. "They have been neglected."

What are the signs of a sick rabbit?

Fate of the bunnies

Law enforcement officers gathered up the rabbits and took them to the shelter that night. There was no room for them to stay, so staffers called for help. Almost immediately, three rabbits found homes and four went into foster care. Best Friends stepped in to help with the rest.

When they arrived at the sanctuary January 15, the rabbits were dehydrated and hungry. They also have bad teeth, which makes it painful to eat. None of them were spayed or neutered.

Their fur was so matted and full of dirt and other debris that Best Friends caregivers had a hard time cleaning and grooming them. The scissor blades wouldn’t work on the grainy, matted fur. It’ll take a lot of time and effort to get the fur back to normal, but the rabbit staff are up to the challenge. And so are the rabbits, who have been extremely mellow during the long grooming sessions.

Kirker and another staffer cradled each of the rabbits Tuesday morning as they loaded them into crates in the back of the animal control truck, according to a story in the St. George Spectrum. Kirker then placed blankets on top of each crate before beginning the drive to Best Friends, which is located an hour or so east of Ivins.

Debby Widolf, who manages the Bunny House at Best Friends, says the new rabbits are getting medical exams and, when they’re given a clean bill of health, they’ll be spayed or neutered. They will spend some time getting some TLC at Best Friends before they are ready for adoption.

The Bunny House currently has 125 rabbits and five guinea pigs. Most rabbits at the Bunny House are adopted in pairs because they build strong bonds with other rabbits.