Calling all kitten lovers: The time to help is now

It’s kitten season again. For those of us who consider fluffy baby cats to be nature’s antidepressants, kitten season sounds pretty magical. But people who work in shelters may respectfully disagree.

Every year during the summer, tens of thousands of kittens make their way into shelters around the country. Often, they are brought in by good Samaritans who stumble across them, scoop them up and rush them to the local shelter to be saved. That’s exactly what happened to little Trixie, an orphaned black kitten who, at the tender age of two weeks, landed at a Los Angeles Animal Services shelter.

Unfortunately, shelters are the worst environments for Trixie and other vulnerable babies, whose undeveloped immune systems can’t fight off disease. And sometimes shelters don’t have the staff available to bottle-feed and monitor young kittens around the clock. This year, the pandemic has made the situation even tougher. Some shelters remain closed or have limited their hours of operation, and many have laid off staff and reduced budgets. The effect of all this is a reduction in the number of people available to help. 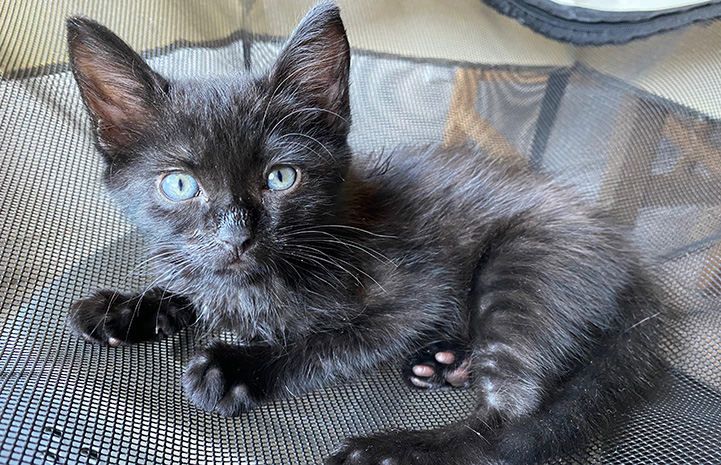 For kittens like Trixie, hope comes in the form of a foster family. Luckily, she found one with Stephanie Medina. After seeing social media posts about the joys of fostering, Stephanie decided to take the plunge. She contacted the kitten care program at the Best Friends Lifesaving Center in Los Angeles and was paired up with bottle baby Trixie.

Stephanie ended up enjoying her first foster experience so much that she plans to take home more kittens in need. She is also adopting Trixie. “The experience of seeing Trixie grow into a happy, playful kitten has been delightful,” she says. “I just cannot imagine my home without her.”

[A young dog’s diary of life in a foster home] 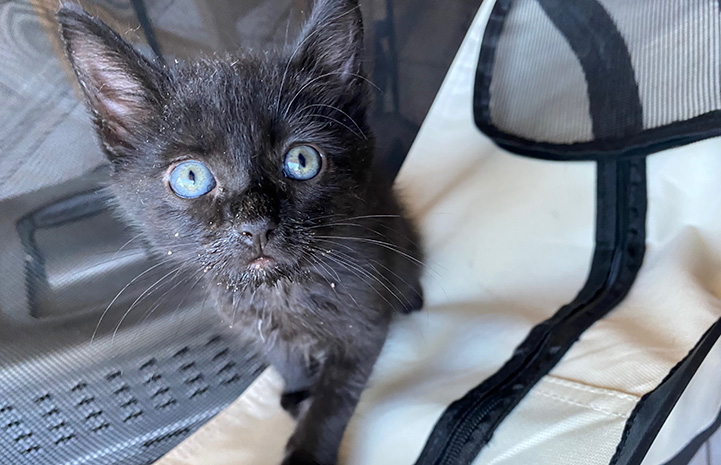 Trixie is one of the lucky kittens to live happily ever after, but the need for foster homes like Stephanie’s would be greatly reduced if people stopped bringing these fragile felines to shelters in the first place. That’s why so many shelters have annual campaigns like Jacksonville Humane Society’s “Don’t Kit-Nap Kittens,” which urges people who find kittens to leave them where they are. Though it’s tempting to think of such kittens as abandoned, their moms are frequently nearby, waiting for you to leave.

Heather Kennedy, a DVM and director of feline operations at Kansas City Pet Project, acknowledges that it can be hard to just leave them alone.

“We feel compelled to intervene when we see helpless baby animals, but intervention may do more harm than good,” says Heather. “Unless the kittens are cold, crying, of poor body condition or in danger, leave them in place.”

“There are some easy ways to determine if the kittens are being fed regularly and have an attentive mom,” says Leah Long, community cat programs outreach specialist for Best Friends, who created a helpful video on how to assess kittens. “Kittens are fragile and need care around the clock that their mothers are best equipped to provide.”

Some people may be inclined to take mom to a shelter with her kittens, but according to Heather, this is the last thing you should do.

“Moving mom to a stressful environment makes her and her babies more susceptible to disease,” she says. “Since most cats live with the feline herpes virus, putting them into a stressful situation makes it much more likely that they will develop sneezing, congestion and eye discharge. If she passes these to her kittens, the virus can lead to pneumonia. A stressed mother cat also secretes cortisol in her milk, and current research indicates this may lead to lifelong health problems for kittens.”

It’s important to note: Leaving the kittens alone doesn’t mean you can’t still keep an eye on them. Watch them from a safe distance and if the mother cat doesn’t return after 12 hours, consider them orphans who need your help.

Taking such kittens into your home gives them their best chance, and shelter campaigns like the one in Jacksonville provide the public with lots of information and resources to support successful fostering. Best Friends has also created tools to help people foster kittens on their own. 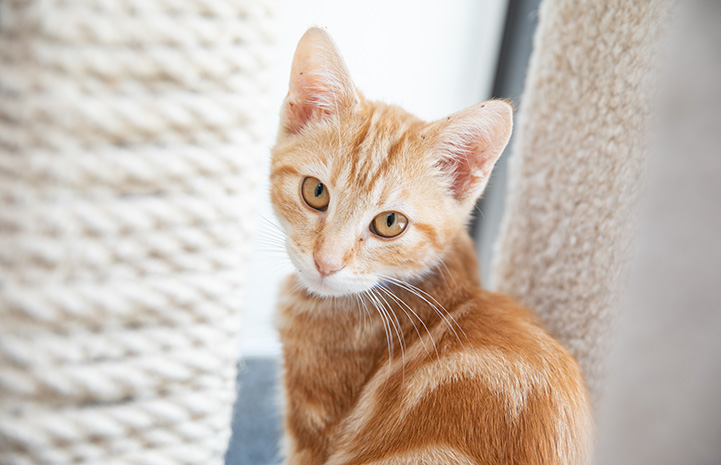 “Leaving kittens with their moms and outside of shelters gives them their best chance for survival,” says Leah. “In fact, many cats that seem to be strays are actually community cats who are being fed by multiple people. They wouldn’t be in your neighborhood if existing resources couldn’t sustain them.

“So although we suggest leaving kittens with their mom, it’s important to keep track of them so that you can get the whole family spayed or neutered once they are old enough — two months or two pounds. That way, you’ve ended the breeding cycle and won’t be finding litters of kittens over and over again.”

The practices of humanely trapping community cats and getting them spayed or neutered have a big impact on reducing the number felines entering shelters. If you find cats in your area, search online or call local animal shelters and rescue groups for spay/neuter options for community cats.

[What to do if you find kittens]

When kittens do end up in shelters, it’s important they get out as fast as possible. That’s why having foster homes on standby is critical.

“Foster homes provide a much-needed break from the stressful shelter environment,” says Carina Haro, foster program coordinator at the lifesaving center in Los Angeles. “They not only enable a decompression period, but also allow neonates a healthier space to grow.”

The most successful programs are those that make it easy for people to volunteer. For foster volunteers, the only requirements are to view an orientation video, answer a few questions, sign a foster agreement and get scheduled for an appointment to pick up their fosters. It’s that simple. “Anyone can foster through our program,” says Carina. “They just need a little bit of time on their hands and the desire to have a fur companion around.”

Jillian Ford, whose family took in a litter of five kittens from Best Friends in Los Angeles, found the process so effortless that she recommends fostering to everyone she meets. “It was the easiest and best decision my family could have made,” she says. “It's a great way to help save an animal’s life, and the warm kitten cuddles are not too bad, either.”

Michelle Bush also found it to be a great experience for her children who are six, nine and 11 years old. “They would sit on the couch cuddling a sleeping kitten while doing their school assignments online,” she says. “They also gained the confidence that comes with learning new skills and responsibilities.” 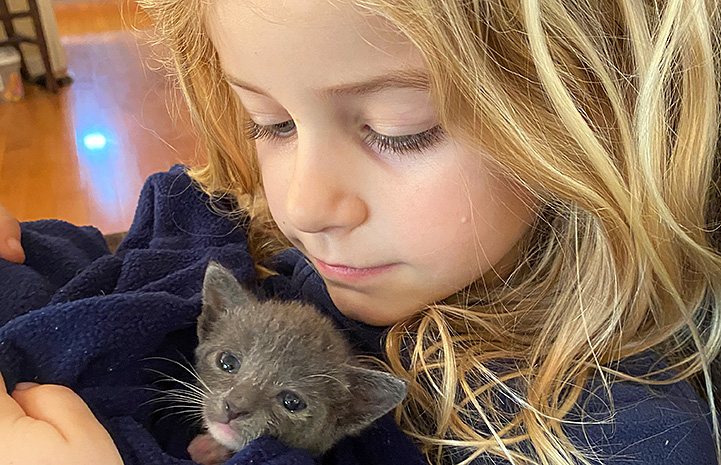 Before even taking in kittens, Michelle says everyone in her family agreed to help with the work. There were some grumbles in the beginning when the initial novelty wore off, she says, but now her children can mix formula and gruel, bottle-feed, clean up poop and even do laundry.

“They have also written stories about the kittens, taken millions of pictures, made a short video for the school virtual assembly and made kitten toys,” she says. “And, most recently, we are creating a climbing tower with wood and old carpet. Bottle babies are a lot of work, but this has been hands-down the best thing I have done for my children's emotional well-being.” 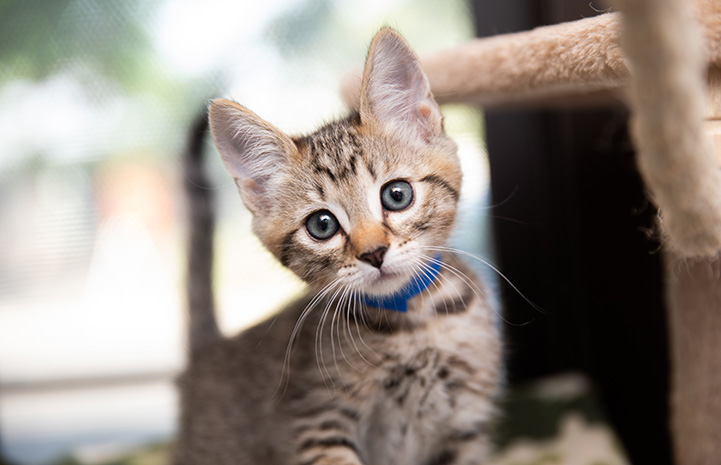 While the experience of fostering is mostly positive, the reality is that kittens are fragile and sometimes they don’t survive ― even with the best quality care.

After losing one of her two-week-old kittens in May and then observing a kitten from a different litter develop a condition that may require medication for life, 16-year-old Lindsay Flores says it's difficult to accept the fact that not all kittens make it to adulthood.

“It was discouraging to think I could’ve done something to prevent that from happening,” she says. “But when I think of how many lives I can save by just sharing my home with an animal in need, it brings me back to the realization of how big my role is. Fostering may have its bumps in the road, but I can definitely say the happiness and positive experiences smooth out the bumps.”

Lindsay also found that having foster kittens around could even change the thinking of people who don’t love animals.

“My mom wasn’t that big of an animal lover, but taking in these kittens has changed her perspective,” she says, adding that mom now asks the kittens how their day was and calls them “mi niño” (my child).

Stephanie says she and Trixie kind of rescued one another. “My foster kitten has been the light that my family and I needed at home, especially during these darker times of the pandemic,” she says. “Fostering Trixie has definitely been the highlight of my summer, and by the looks of her progress and playful nature, it’s proven to be so worth it.” 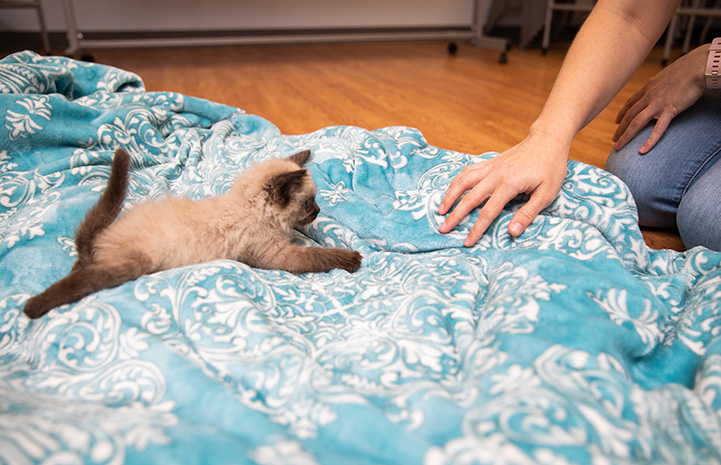 Ready for some tiny feline houseguests?

Kittens are adorable, they’re fun to play with and today many are in need of a foster home where they can grow and thrive until they’re ready to be adopted.

Momma cat and kittens go from cardboard boxes to home.