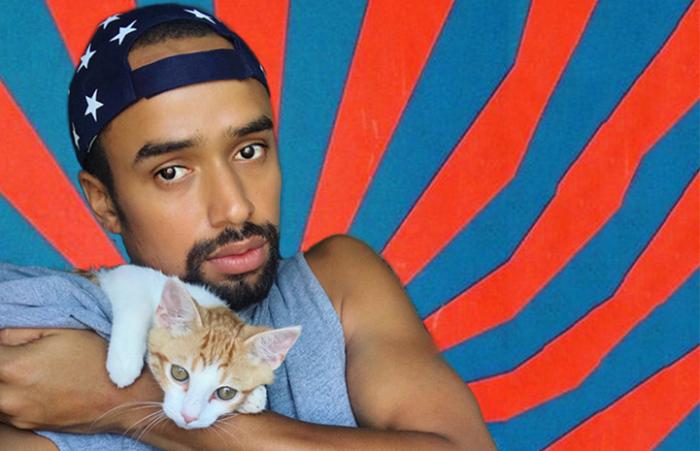 Leo was brought to a Los Angeles Animal Services shelter when he was just a tiny orange-and-white kitten living in the streets. When he arrived, he was understandably wary of humans. After all, he hadn’t been around many people during his short time on the planet. 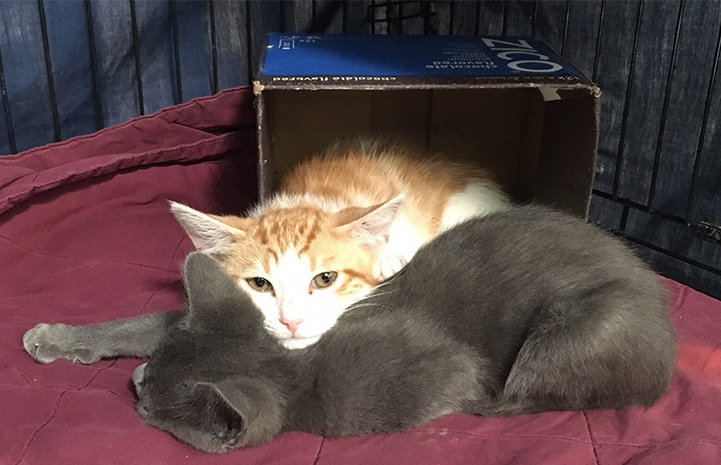 Shelter staff noted he was “nervous and flighty.” Little Leo didn’t know it then, but things would soon get a whole lot better. He’d have a new dad and a big brother cat. It just took going to Best Friends for him to meet them.

Large city shelters often lack the space and resources to care for young kittens not quite ready for adoption. Their lives are at risk just by being born, which is especially true for kittens like Leo, who haven’t been quick to socialize and need more time and attention from staff. But there was another option for Leo.

Since Best Friends is working to make Los Angeles a no-kill city and partnering with Los Angeles Animal Services in that effort, Leo could go to one of two Best Friends pet adoption centers in L.A., where he would have all the time he needs, and the city of Los Angeles would be one life closer to no-kill. So little Leo was soon on his way to the NKLA Pet Adoption Center. There, he’d settle in and soon meet the person who would help him move past his fears so he could see how beautiful life can be.

Ready for a cat of his own

Carl Monroe is a creative young professional who enjoys the vibrant night (and day) life of Los Angeles. He loves hitting the beach for strolls with his roommate, Tatyana, and hosting people at his place for drinks and conversation. But something was missing from Carl’s life, and one day he figured it out: He loved spending time with Tatyana’s cat, Manny Cat’meow, and maybe he needed a cat of his own.

Carl had never adopted a cat, but a fondness for rescued pets runs in his family. “My mom passed her love for animals down to me,” says Carl. “I grew up watching her care for rescued cats, and it was so inspiring. I want to carry on the tradition.”

Plus, Manny wasn’t really into only hanging out with people all the time. He needed a friend who shared his interests: toy mice, catnip and the art of napping. So, Carl made his way to the center one day, hoping to meet his first-ever cat. And there was only one requirement: He really wanted a cat with red hair, like his mother.

Artrice Allen, an adoption specialist at the center, watched Carl meet Leo for the first time, and it’s something she won’t forget. “What happened was truly wonderful,” she says.

Usually when Artrice checked on Leo, he’d be crouched down and scared with his ears flat against his head. And that’s the way he looked when she brought Carl in to meet him. Leo was trying to hide in his little kitty hammock in the corner of the room. But then Carl reached down and gently stroked the bottom of the hammock, and Artrice saw something in Leo she’d never seen before: he was calm.

“Carl was very aware of Leo’s body language,” says Artrice. “But instead of being put off, he became more patient and continued to speak in soothing tones.” Then, Leo leaned into Carl’s fingers, allowed head rubs and even began to purr when Carl held him. With that, Leo finally learned that the world wasn’t so scary after all. And Carl found a cat who reminded him of his mom. 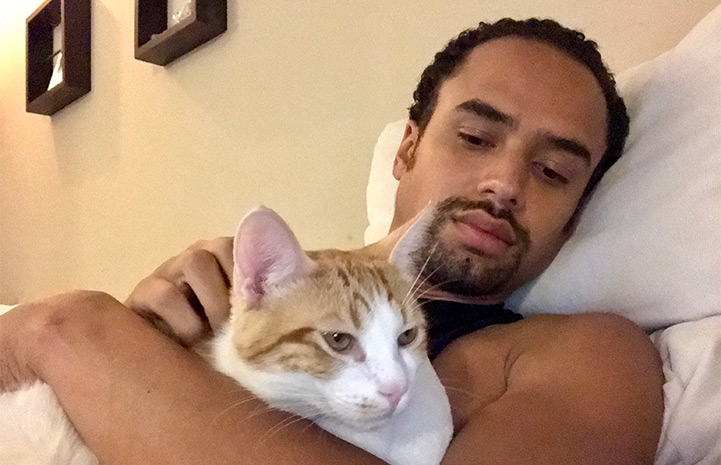 Today, Leo is formally known as Leo Narwhal Socks Monroe, and his new expanded name is a perfect reflection of his new life, which also has grown. With Carl’s patience and understanding, Leo is no longer afraid of people. He loves playing with Manny, his new feline roommate, exploring the apartment and taking long naps on Carl’s chest. 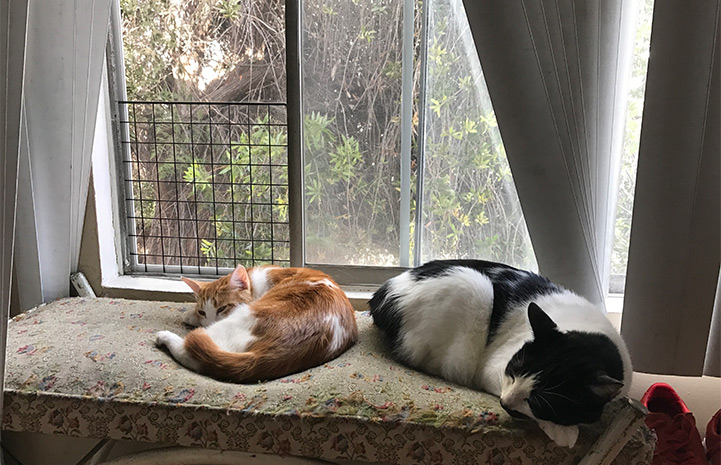 Leo’s life isn’t the only thing that has opened up, because Carl’s life has changed, too. When he has a bad day, Leo has a way of knowing that his dad needs a little comfort and will stay near him to keep him company.

“Before Leo, I was just a single guy,” says Carl. “But Leo has taught me how to love something with my whole heart.”

Help save lives like Leo’s. Donate to Best Friends