The dog days of summer are here, and you know what that means ― long, lazy afternoons and warm summer nights spent outside under the stars, not to mention plenty of pool time and maybe even an epic adventure or two.

Whatever your plans this season, whether you’re gearing up for the road trip of a lifetime or sticking closer to home: How about sharing the fun with a dog? They are, after all, the ultimate summertime buddies.

Take a look at photos and videos of adventure-loving, sun-seeking pups to get you in the spirit of summertime.

Reuben came to Best Friends Animal Sanctuary from a nearby reservation. When he arrived he was in rough shape, but after a little TLC and a nice long bath he was looking great and feeling better. It wasn’t long after Reuben settled in at Dogtown that he met his adopters, who are park rangers at Zion National Park. Today, they take him wherever they can and are giving him a life full of adventure.

2. The great outdoors open up for previously shy dog 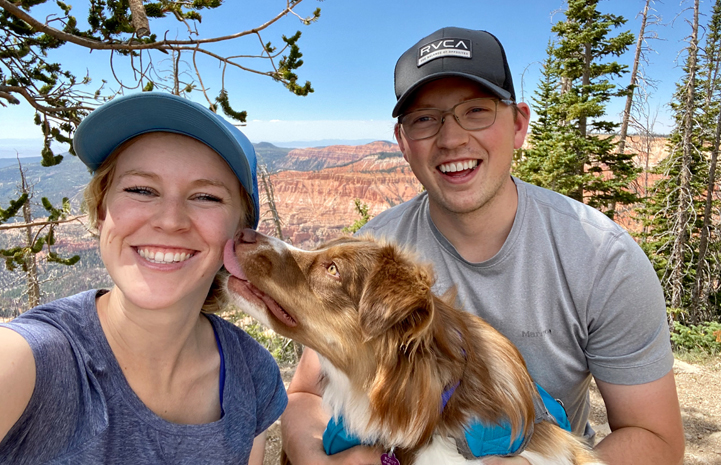 The first time Tess and Jakob Johnson met Scout, she was shy and nervous after spending time in an overcrowded shelter. But they knew right away that she was the dog for them ― a pup who could join them on their many adventures.

When she finally settled in at home and opened up, she proved them right. Her energy was boundless, and today she loves being with them in the outdoors. In fact, she even wears her own little backpack to carry her supplies (and treats, of course).

Copland is an adventure dog who loves to have fun in the water, whether it’s romping in the kiddie pool, playing in water from the hose or splashing about in the nearby creek. On his first trip to the creek, no one was expecting just how excited he would be. He quickly ran out of slack in his long leash as he splashed and dove in the water, soaking himself and everyone else around him. So, on their next trip, caregivers brought an even longer leash, plus a GoPro to record his high-energy antics.

4. Eduardo hits the Sanctuary (and a local drive-thru) 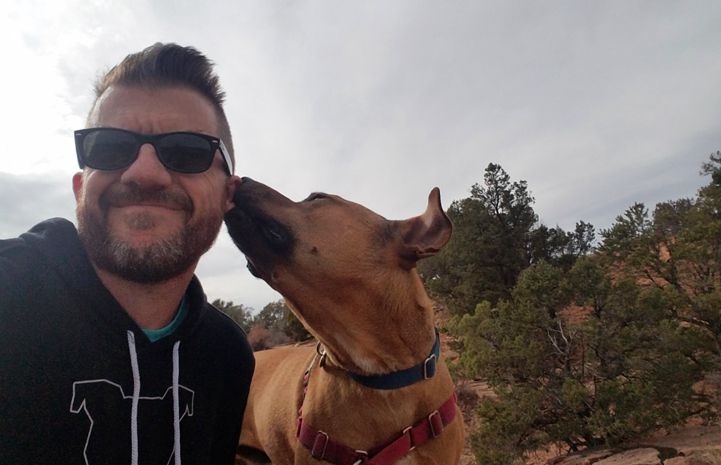 When it comes to giving dogs a little car cruise time, James Culbertson takes full advantage of the Sanctuary and the beautiful places that surround it, not to mention the town of Kanab. Take his excursions with Eduardo, for example. Together, they’ve visited Water Canyon and Angels Overlook, and James often ends their outings with a trip to the Wendy’s drive-thru. “He’d prefer to drive,” says James. “And he remains unconvinced about the edibility of lettuce.” 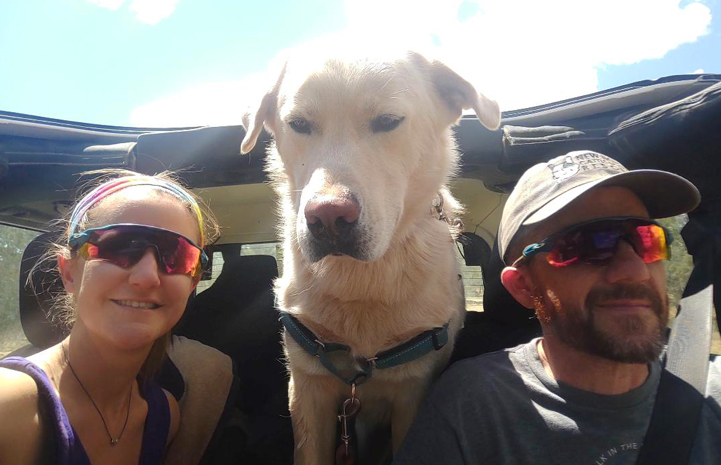 To Janna Kruse, a lifesaving and care specialist at the Sanctuary, Aspen is the best adventure dog. “He’ll do anything. He’s happy to just drive in any vehicle or the golf cart, and he loves water,” she says. Janna takes Aspen out often so he can swim. Recently a volunteer went on a hike with Aspen, took a wrong turn and trekked quite a bit longer than originally planned. Did Aspen mind? Not one bit!

6. Guru and Rafa, the dog and cat adventure duo

You know what they say: “Behind every adventure dog is an adventure … cat.” (Or something like that, right?) Guru is an adventure dog through and through. He loves nothing more than a good hike. And since he’s also a social butterfly, his family had a good feeling that he’d enjoy living with a cat.

Enter Rafa, who quickly hit it off with Guru. Soon after she was adopted, her family members decided to teach her how to hike safely with them. It took a while, but today Rafa hits the trails often with her adventure buddy, Guru. 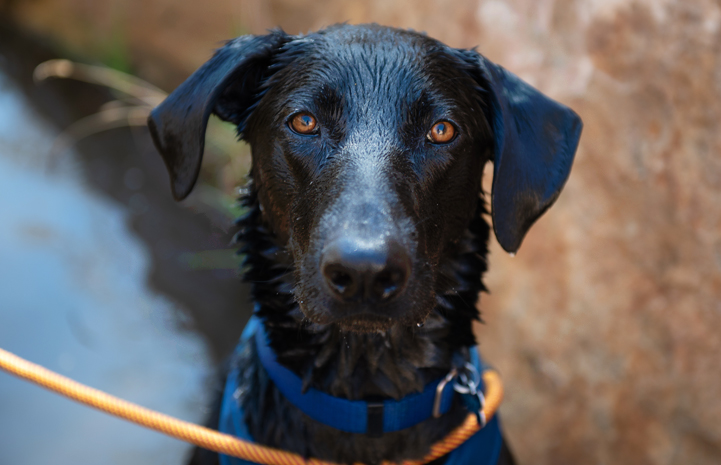 Celebrate summer with a foster pup

The only thing better than spending time with dogs this summer is helping them go from homeless to home. You can change a dog’s life forever by fostering even just for a weekend.

9 photos of dogs having the time of their lives