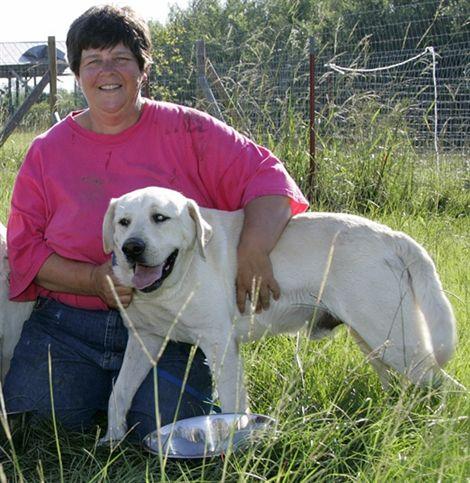 Before Heidi Krupp moved to Tylertown, Mississippi, her favorite place was the Smoky Mountains in Tennessee. "She loved being there," says her mother, Pam Perez.

Those who spoke at Heidi’s memorial service on Saturday, August 30, said Heidi’s innate love of nature and animals made her an exceptional person.

Printed on Heidi’s memorial program were the lyrics to the song "Smoky Mountain Memories." They read, in part, "The Smoky Mountains memories keep me strong."

The open fields and green pastures of her rural home in Tylertown kept her strong as well. Just as abandoned and rescued dogs and cats had found safe haven at the St. Francis Animal Sanctuary, so had Heidi. Once she moved to Mississippi, after the sanctuary opened its gates 79 miles north of New Orleans, Heidi never again visited the Smokies. St. Francis, founded by Heidi and her mother, was her home.

Judy Pfister, vice president of St. Francis, looked out on the sanctuary grounds as she spoke to those gathered there to celebrate Heidi’s life. St. Francis was Heidi’s dream, she said, and she made it happen. But, Judy also said, the sanctuary will continue its work stronger than ever, in her memory. That’s how Heidi would have wanted it.

And that, said board member Virginia Rankin, is the legacy she leaves behind.

Ed Wallace agreed. His wife, Leslie, runs Looziana Basset Rescue in New Orleans. She had evacuated New Orleans with her rescued dogs and couldn’t attend, so her husband spoke on her behalf. "Heidi was special," Ed said, "and she touched my family in so many ways."

Heidi’s dream to start a no-kill sanctuary with her mother came true in 2002 when they left Abita Springs, Louisiana, after forming a nonprofit, and moved onto nearly 50 acres in Tylertown, Mississippi. St. Francis today is a safe haven for about 400 abused and abandoned animals. Heidi wanted to expand even more by adding an area for saving and rehabilitating wildlife.

Heidi passed away on Friday, August 22, after a year-long battle with cancer. She was 49.

"It was Heidi's rare strength and determination that got St. Francis through the early years," Virginia said. "Maybe the reason it grew so fast was that she didn't have that long a time on this Earth."

Three years ago, after Hurricane Katrina slammed into the Gulf Coast, Best Friends set up a temporary rescue center on the grounds of St. Francis, caring for those animals left behind in New Orleans.

One of hundreds who volunteered at St. Francis beginning in September 2005 was Sharon Cornett. While there, she became friends with Heidi and Pam – and also became a regular volunteer at their sanctuary. She traveled from Richmond, Virginia, once again, this time for the memorial.

Heidi was more than special, Sharon said. "She was remarkable."

The work of Best Friends is possible only because of your generous support. Please help animals in need.