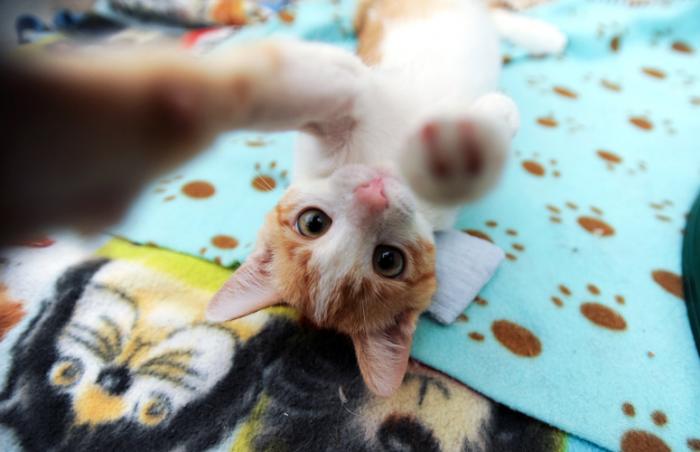 Surviving distemper as a kitten 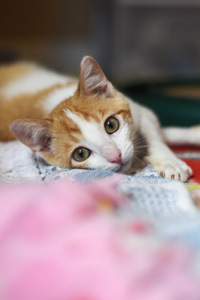 Sure, Cara’s shaky on her feet. The Creamsicle-colored, five-month-old kitten carefully plans each step when climbing up or down a cat tree. She slides on linoleum, because her back end is wobbly and her little feet can’t get a grip. But she can sprint across carpet, and her steps are getting surer every day.

Having nearly lost her life when she was just a baby, Cara’s running and climbing are pretty amazing. She was born homeless in a community cat (feral) colony and then humanely trapped and taken to a shelter by a good Samaritan who noticed she wasn’t thriving. Cara might have been just fine if the colony had a caregiver and if she’d been healthy and strong. But she was weak and underweight, and something was clearly wrong.

Symptoms of distemper in kitten

Because the shelter didn’t have the resources to help her, she came to the Sanctuary. On her first day in a foster home, the two-month-old kitten was pouncing and playing as if nothing was wrong. But she wasn’t eating, and by the next morning she was curled up in a tight ball. Poor Cara felt so miserable she didn’t want to move at all.

She was rushed to the Best Friends Animal Clinic, where she got devastating news. Her high fever, loss of appetite and upset stomach were symptoms of panleukopenia (distemper), a very serious and often fatal virus.

Panleukopenia is not uncommon in unvaccinated kittens, according to Janice Dankert, Best Friends community cat program supervisor. Kittens typically get their first vaccinations at six to eight weeks of age, but, Janice says, those who aren’t vaccinated in time and get distemper, like Cara did, almost never survive it.

Without immediate medical attention, Cara would have died. But the Best Friends veterinary team worked tirelessly to save her by administering IV fluids, antibiotics and probiotics. And, because she still felt too awful to eat, the vets also inserted a feeding tube to keep her nourished until she was stable enough to try eating on her own again.

The Best Friends veterinary team had done everything they could. Janice took Cara home and kept her close, holding her on her lap while she worked, keeping her fragile little body warm, and coaxing her to eat. Cara struggled, but she never gave up. Slowly, she tried a little food and then a little more. The more she ate, the stronger she felt, and the closer she came to recovery.

Once Cara began to feel better, she wanted to explore like any normal kitten. And that was good, because she needed to move around to gain back some of the muscle mass she’d lost. But she also needed to conserve calories to put on weight. It was a delicate balance, Janice says, to let her get enough exercise but not too much. 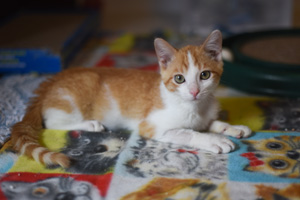 When she was finally strong enough, Cara began learning how to adjust. Her high fever left her with cerebellar hypoplasia, a neurological condition that makes it impossible for Cara to walk and move around normally. She wobbles. Sometimes she falls. But, as she has done her whole life so far, she keeps trying by pulling herself back up again.

Recently, Cara has rediscovered her greatest joy — playing. She picks up a little purple mouse in her teeth and flips it around. She stalks her toys from across the room. She practices climbing up and down a three-tiered cat tree. Janice says, “She’s finally enjoying life.” And with her whole life in front of her now, being a little wobbly isn’t a disability for Cara. It’s a victory.

To bring hope and healing to more animals like Cara, support our work.