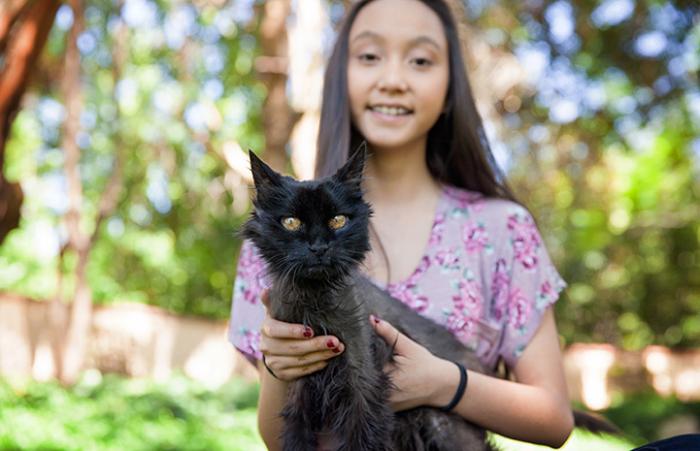 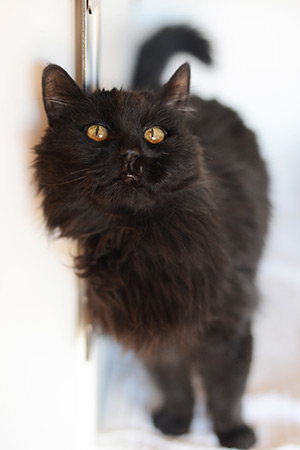 If you had one guess as what a teenage girl’s choice would be between a kitten and a 16-year-old deaf cat in renal failure, the kitten would be a safe bet. But out of all the cats that Jessica Wills-Plisko met while volunteering at Best Friends, the one cat she couldn’t stop thinking about was Janet.

While many younger, healthier cats at the Sanctuary’s Cat World need homes too, Jessica’s heart went out to Janet because the two of them have a few things in common: They’re both 16 years old, and they both know what it’s like waiting to be adopted.

Jessica’s parents, Cathy and Andy, adopted her after she spent seven years in foster care. So it’s no wonder the teen had empathy for sweet Janet, the senior black cat with amber eyes.

Janet received plenty of love from Cat World caregivers and volunteers, but no one had stepped forward to adopt her. She is a beautiful longhaired black cat, but her age has brought on health challenges. She needs daily fluids and ongoing medications to treat chronic renal failure. It’s quite a responsibility to take on a pet of her age with medical issues, and so it was possible that the sweet senior cat might live at Best Friends for the rest of her life. She’d be welcome to do that and would be loved, but it’s not quite the same as being someone’s special pet in a forever home.

When Jessica came to volunteer at the Sanctuary during her spring break in April, she and her dad, Andy, spent a lot of time in the area where Janet lived in Cat World. That’s when Janet’s future began to take shape, but it didn’t happen right away. 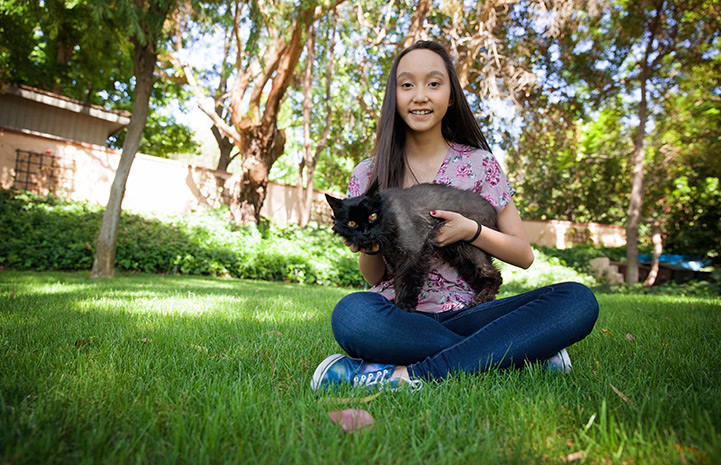 At the end of their trip, Jessica and Andy returned home to southern California without Janet. Saying goodbye to the senior cat left Jessica in tears. She couldn’t stop thinking about her, and she wanted nothing more than to provide a loving and caring home where Janet would be happy for her remaining days.

It wasn’t long before Jessica’s parents agreed to the idea, with the family deciding that they could handle Janet’s medical needs. Soon, Jessica and Andy were in the car again for a second road trip to Best Friends ― this time, to bring Janet home.

They spent a morning learning how to properly administer Janet’s fluids and medications. Then they loaded her into the car and started the drive back to her forever home.

Janet is now living the best life possible. She has her own room, toys, scratching posts and heated bed. She’s been a great sport about taking her medications and fluids, and having a home seems to have really lifted her spirits.

“She has become a lot more mobile over the past few weeks, and has been eating, drinking and playing on her new kitty condo,” says Cathy. While Janet spends a lot of time sleeping in the sun, she also enjoys going on afternoon walks with Jessica. 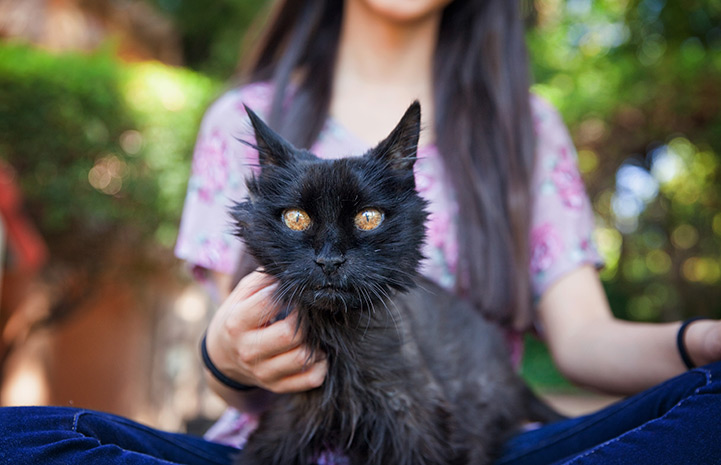 Best of all, Janet has won the heart of everyone she’s met in her new home, and she and Jessica have become inseparable. The family also got her a stroller so she can safely go outdoors, and it has become her new favorite thing. “She loves going out in her buggy for walks ― so much that she goes to her buggy and meows incessantly until she gets to go out,” says Cathy.

Jessica sometimes sets up a sleeping bag right beside Janet’s special bed to make sure she does well through the night. And every day when Jessica comes home from school, Janet is thrilled to see her return.

Thanks to a caring teenager and her family, Janet the cat has found her happy place. 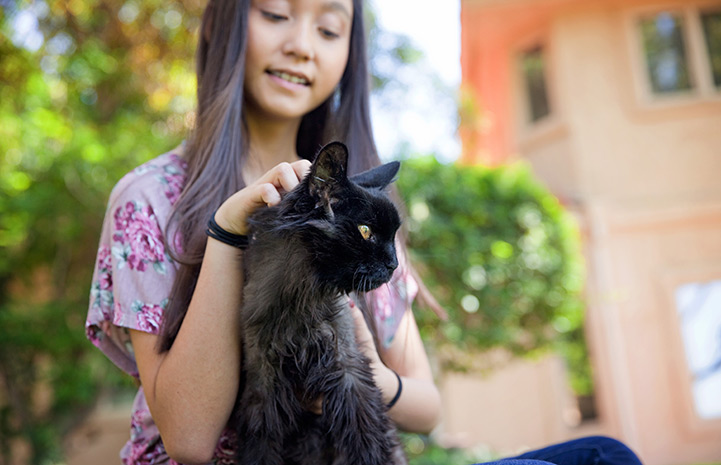