Arizona was barely three months old when she came to the Sanctuary, and at that age, she should have had a healthy curiosity about the world. Instead, the little heeler pup was anxious and afraid. Before being rescued and brought to Best Friends, Arizona and her mom had been living as strays in a rural area, and she had experienced something that made her much more cautious and nervous about the world than other puppies her age.

Signs of fear aggression in dogs

Her fear was focused entirely on other dogs. She was just plain terrified of them. If any dog other than her mother came anywhere near her, she immediately became agitated and panicky. If they didn’t leave right away, she would get so scared that she would bark and lunge at them and even show her teeth. Arizona didn’t really want to hurt other dogs, but she was showing some typical signs of fear aggression in dogs.

The skittish, defensive behavior succeeded in keeping other dogs away at a safe distance. But it also hurt Arizona’s chances of having canine companions. In fact, the longer she was uneasy around other dogs, the harder it would be for her to get over her fears and receive the socialization that a young puppy needs to become a well-rounded adult dog. 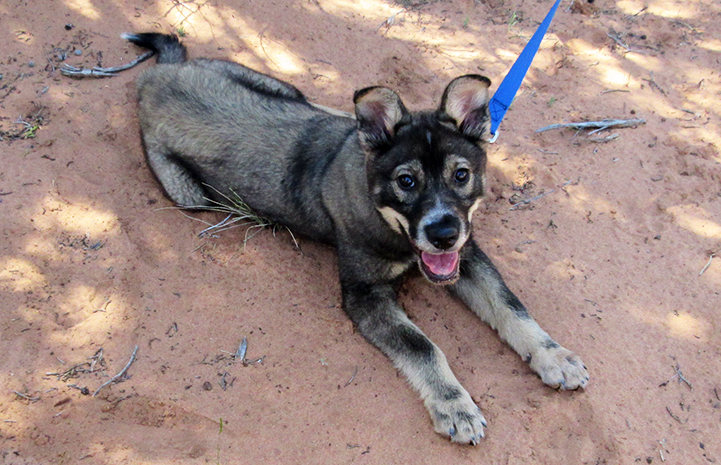 Losing the jitters is first step to a fun future

Dogtown trainers and caregivers had no idea what had happened in Arizona’s past to make her so jittery around other dogs. Clearly something had left a very bad impression during a critical time of her puppyhood development. But Arizona would have many more opportunities (and much more fun) in her future if she could get over her extreme fear and move forward.

Not only do dogs who must be adopted as single pets wait longer for their forever homes, but single dogs as tense around their canine counterparts as Arizona also miss out on all kinds of fun things. If she couldn’t even stand to be around other dogs, it would be impossible for her to enjoy doggie play dates, spend time at the dog park or participate in fun events like Best Friends’ Strut Your Mutt.

Learn about Strut Your Mutt

To help Arizona, Dogtown caregivers started her on clicker training. Using the clicker as a tool to mark the behavior they wanted to see more of (and immediately rewarding Arizona with a tasty treat) taught the hesitant pup to focus her attention on them, rather than on other dogs that might be around.

Once Arizona got really good at paying attention to her caregivers instead of other dogs in the distance, she started going on “parallel” walks, in which a second dog walks parallel to the first dog (Arizona), but at a comfortable enough distance so she won’t become upset. That’s how Arizona got used to having other dogs around her while without feeling so shy and stressed-out.

While the walks started with calm adult dogs who mainly ignored her, eventually Arizona graduated to walking beside dogs and puppies who were more interested in her. Gradually, she got over her defensiveness and even accepted another puppy as a roommate and playmate.

Of course, there’s no way to completely erase the fear Arizona felt during that tender phase of puppyhood before she came to the Sanctuary. It’s likely she’ll always be a little wary of other dogs and we’ll never know exactly why she feels that way.

But fear no longer holds her back. Recently Arizona found a wonderful new home, and she has already set off to explore her whole new world. 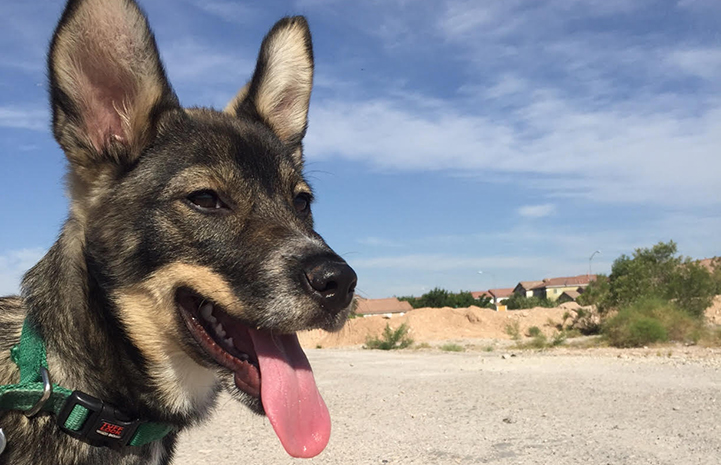