Eric Baker is a guy who loves animals. Now the animal services manager for Caddo Parish Animal Services in Shreveport, Louisiana, he started working in his local animal shelter after college. He enjoyed his work and the daily interactions with the dogs and cats coming in each day, but he noticed one troubling thing: They just kept coming … and coming. So he decided to do something about it. He got a job as an animal services officer.

“When I was (working) in the shelter,” Eric recalls, “nothing ever changed. I wanted to be more effective. I decided to get out in the community and start the change.”

In 2014, Eric pursued additional training through the sheriff’s office and, for a time, even considered becoming a deputy. But ultimately, his heart was with the animals and he continued in his animal services role. “We don’t have enough people trying to be a voice for the animals,” Eric says. “That’s what I want to be.” 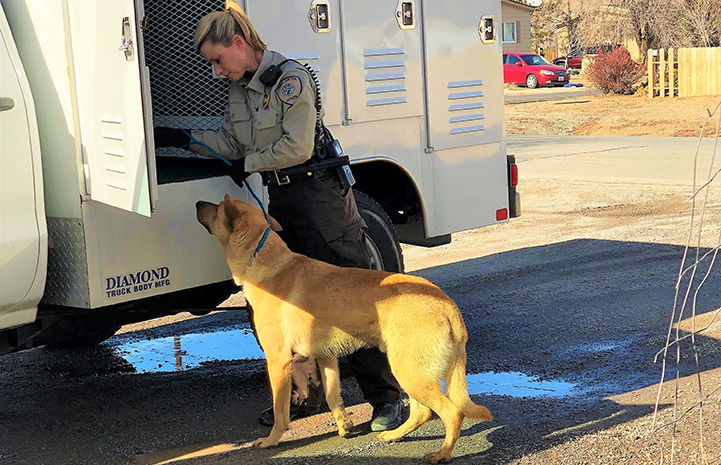 Throughout the country, animal control officers (ACOs) like Eric are leading the lifesaving charge for pets in their communities. And they’re doing away with the antiquated notion of officers as merely dogcatchers. From returning dogs safely to their homes to educating people about spay/neuter and microchipping, today’s ACOs are the first line of defense in reducing the number of animals entering shelters. In short, these tireless heroes are in the lifesaving business.

Best Friends’ shelter outreach team, led by Scott Giacoppo, provides training for ACOs around the country. Recently elected board president of the National Animal Care & Control Association (NACA), Scott is working to shine a light on the critical role that officers play in saving animals’ lives. Historically, ACOs (and the public) viewed their role as limited to that of dogcatcher. But in reality, these officers play the same role as other professionals who provide assistance.

Today, agencies around the nation are reimagining officers as lifesavers. Because, quite simply, that’s what they are. “In animal welfare,” Scott explains, “ACOs are our first responders.”

Adam Ricci, chief of field operations for the City of Albuquerque Animal Welfare Department, agrees that we must ditch the negative dogcatcher stereotype and redefine ACOs as essential public service professionals. “Think about it,” Adam says. “Everyone loves a firefighter because when they show up, they’re there to help. As ACOs, we need to embrace that positive role.” 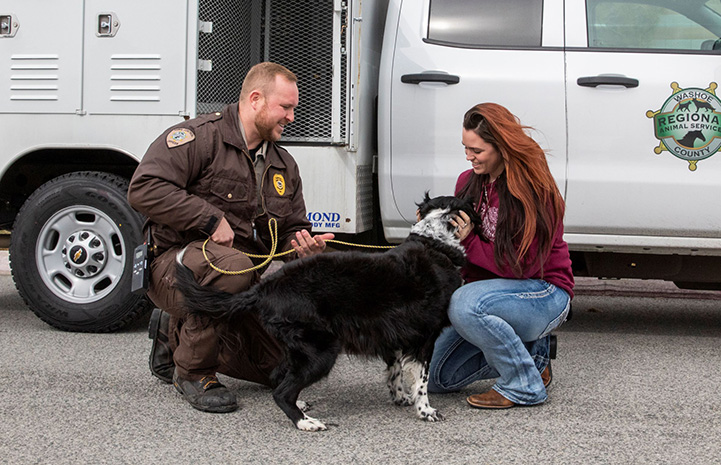 Today, a proactive approach is taking the animal services profession by storm. Officers are being trained to engage with community members in positive ways, including waiving citations and other punitive measures in favor of educating people and returning pets to their homes. “When I first started working in the community,” Eric recalls, “people just assumed that if we showed up, it was because we wanted to take their dogs away and kill them. The minute they realize that’s not the case and that we’re there to help, everything changes.”

Thanks to a culture in which officers are encouraged to solve problems in a visible way, communities are embracing them as lifesaving change agents. “When you work in a shelter,” Scott explains, “you spend a lot of time building relationships with the animals. But for officers in the field, our job is really to build positive relationships with people.”

Timothy Poorman, director of field services for Fulton County in Atlanta, Georgia, agrees that community engagement and problem-solving are the way to go. Every officer in Fulton County has a microchip scanner and a laptop in his or her vehicle.

“Most of the time,” Tim says, “the people don’t even know their dog got out. Their son left the gate open or a board came loose on the fence. And each of those times is an opportunity to keep that dog out of the shelter and provide education to a community member.”

Adam also champions a problem-solving approach in Albuquerque, noting that simple community engagement can have a major ripple effect. While working for Pima Animal Care Center a few years ago, for example, Adam and a fellow officer received a call about two dogs running loose. “These weren’t problem dogs,” Adam says. “They were just a couple of goofy punks who ran through a broken fence.”

After seeing that the fence just needed a new board or two, Adam walked across the street and asked a neighbor doing a construction project if he could borrow a couple wood boards to fix the fence. “This guy was happy to help,” he explains, “because apparently those dogs were getting out all the time. And here we are coming out and solving a problem, not just for the dogs’ owner, but for the neighborhood. That goes a long way.” 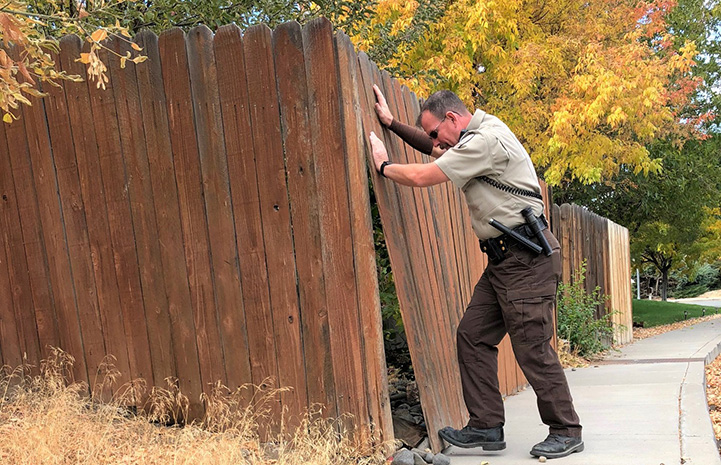 Traditionally, the job performance of ACOs has been judged based upon data like the total number of service calls completed and the number of animals impounded. Now, the general consensus in the field is that more meaningful metrics are needed.

Scott notes that if ACOs want to effectively evaluate what they’re doing, they need to look more closely at their data. “For example,” he says, “look at things like how many times you’re visiting the same house for the same problem. Those repeat visits mean that what you’ve always been doing isn’t working.”

In Albuquerque, Adam’s team uses a number of engagement- focused metrics to measure officers’ effectiveness. He says, “We saw a 10% drop in the number of calls we were getting after we started focusing on the nature of those calls and how we were interacting with people.”

“A lot of ACOs are used to being measured by how many dogs they impound or citations they give, neither of which helps the pets or the people,” she says. “I was an ACO in Austin, and when we switched from enforcement to engagement and clearly communicated that priority to officers, the community started to trust us and the number of animals entering the shelter decreased.”

Recently, Adam led the way in changing an ineffective local ordinance that required licensing for pets. “That law was written in 1987,” he says, “and we know mandatory licensing doesn’t do anything to help pets. But microchipping does.”

Many people, including animal advocates, are unaware that animal services agencies and officers are legally bound by their communities’ animal-related laws, which are often outdated and counterproductive. “What you can and can’t do as an officer,” Scott says, “is determined by how your jurisdiction defines things.”

He explains that most people don’t realize, for example, that their city’s animal ordinance might legally prevent an ACO from returning a dog to his owner, even when the dog has a collar and is sitting in front of his own house.

Shyanne Schull, the director of Washoe County Regional Animal Services in Nevada, highlights the importance of getting elected officials on board and, as she says, “establishing the right community expectations.”

Shyanne encouraged her county board to conduct a pilot project to study the effectiveness of a free microchip program for pets. “We went back to the board with our data before the program expired and showed them the success,” she explains. “And the board voted to keep it going.” 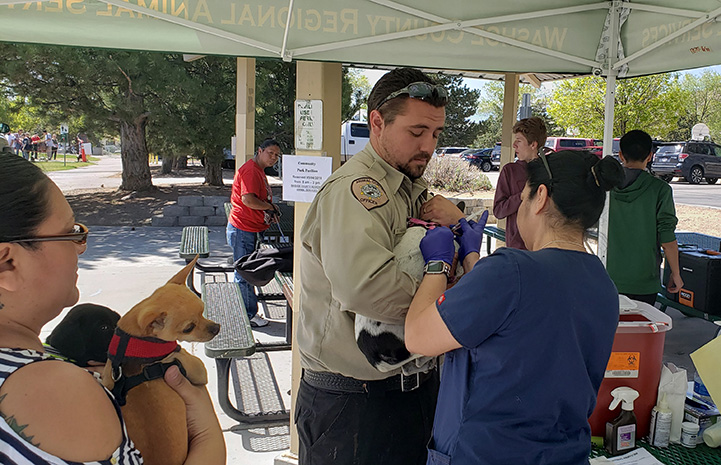 When it comes to keeping pets out of shelters and in their homes, ACOs are some of the most creative people around. And many animal services departments are equipping their officers with everything they might need to avoid bringing an animal to the shelter, including fence-repair kits, microchip scanners and smartphones (for accessing social media posts about lost and found pets).

“Our officers can fix anything,” Tim says. “They’ve all got tool kits and they’ll fix a fence to keep a dog at home if that’s what’s needed.”

Shyanne agrees. “Our officers carry hammers, nails, rope,” she says. “You’d be surprised what they can concoct to keep an animal safely contained at home.” In fact, when Shyanne came on board at Washoe County, the department also had a program called Free Ride Home, which ensured that any licensed or microchipped lost pet would be returned home by the ACO for no fee.

For Eric’s team in Caddo Parish, repairing fences for community members took on a life of its own when he attended the Best Friends National Conference in July of last year and ended up winning a $2,500 grant from Maddie’s Fund. After investing the funds in fencing materials and microchips, Eric’s officers completed their first fence repair for a woman whose escape-artist dog kept getting out. The positive response from the community was deafening.

“We posted what we did on Facebook and everybody went crazy,” Eric says. “A small hole in a fence can make a big difference, and a lot of people just don’t have the money or a helping hand to fix that. They love their animals — they just don’t know how to keep their yard secure.”

Two months after receiving their fencing materials, the officers in Caddo Parish had already completed seven fence repairs and provided free microchips for 22 pets while out on duty. And the department’s overall proactive approach to engaging the community and returning pets to their homes has had a profound impact on keeping animals out of the shelter. As Eric says: “We helped cut down the number of animals going into the shelter by 1,000 this past year.” (No, that’s not a typo.) 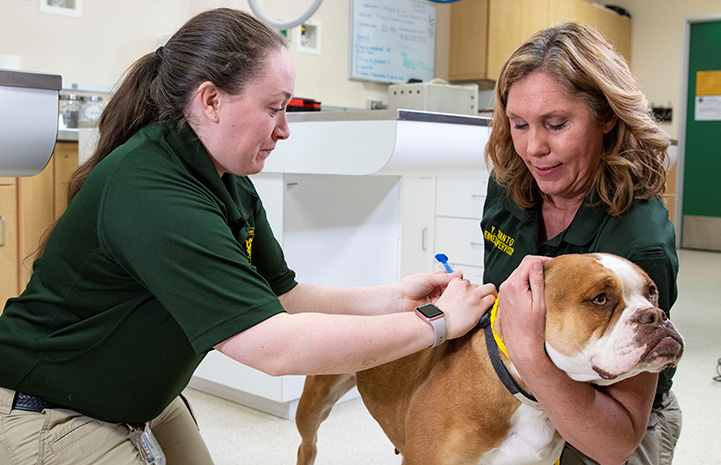 Animal services departments across the country continue to build upon this proactive, community-based approach to save more lives. Officers routinely speak at local schools and community meetings to provide animal safety and spay/neuter education. They’re helping to coordinate free and low-cost vaccine and microchip clinics. They’re handing out free pet food and even helping to facilitate in-home veterinary exams for the pets of elderly people who can’t get to the vet’s office.

“Back when I was an ACO in Missouri,” Tim recalls, “I worked with this older gentleman to help him keep his dog, who was terminally ill and in need of special care. Just seeing him be able to have those last few days with him was everything.”

And you know what that means? While ACOs are busy saving the lives of countless pets and helping just as many people, we can hit delete, once and for all, on the outdated image of them that the public has held onto for far too long. 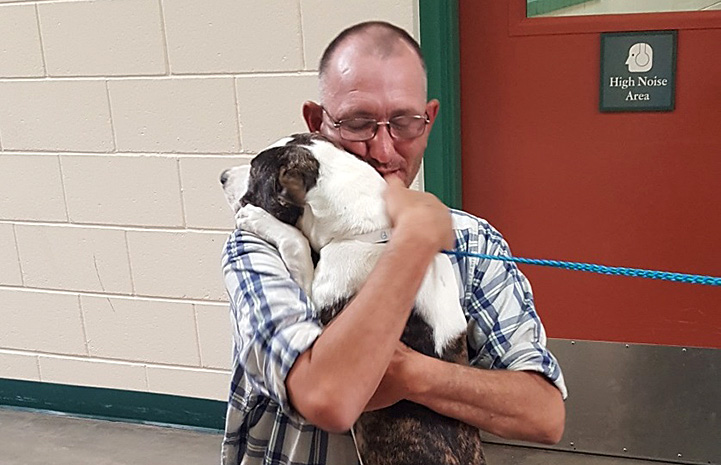