Technology to the rescue for pets

For thousands of animals caught in Hurricane Harvey’s wake in 2017, the catastrophic floodwaters left them with a host of health-related issues: painful skin conditions, bug infestations, ear infections and nasty cuts. But when a suffering, stranded pet encountered a big-hearted human who also happened to be tech-savvy, it made all the difference.

After the hurricane, the Labrador retriever was lost, alone and covered with leeches in a hard-hit Texas neighborhood. A kind woman wanted to help the bewildered dog, but she had no idea how to remove so many firmly attached blood-sucking creatures. After all, it’s not an everyday circumstance by any stretch. Fortunately, she had learned that she could access a Best Friends app on her phone that offered a service called VetsPlusMore, allowing her to video chat with a veterinarian free of charge in the aftermath of the disaster.

Within minutes, a veterinarian coached the woman through the entire process of inserting a thin piece of plastic between the leeches and the dog’s skin, pulling each leech off, and then cleaning and dressing the dog’s wounds. Better still, as the dog recovered, the woman was able to take things a giant step further and reunite the Lab with her human family within a week.

Technology to save animals

Best Friends’ partnership with VetsPlusMore is just one example of an ambitious ongoing effort to use the power of technology to end the killing of cats and dogs in shelters by 2025. To that end, Best Friends is teaming up with founders of tech start-ups, visionaries from major tech companies, university students at hackathons (events where groups of people come together to engage in collaborative computer programming), and colleagues at both large and small animal welfare organizations. The goal is to make progress in five key areas:

How you can save pets in shelters

The people involved in this forward-thinking effort aren’t relegated to dreaming up the macro innovations typically thought to involve intimidating downloads and the latest gadgets. Some of their ideas include changes that are surprisingly low-tech — such as, say, helping shelter workers gather more health, behavior and background information on surrendered animals before their former owners drive away. 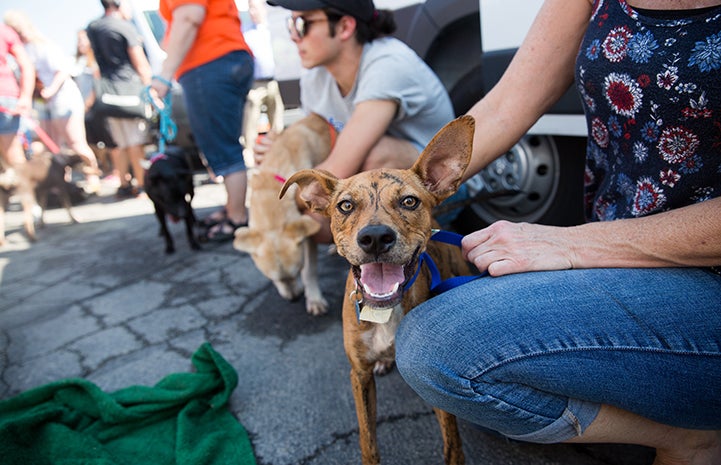 “We need to think hard about how we can disrupt old processes. The biggest innovation that’s ever happened in animal welfare is Petfinder.com, and Petfinder is wonderful, but that model is more than 20 years old,” says Best Friends’ chief information officer Angie Embree. (Petfinder.com is a searchable online database in which shelters and rescue groups post their adoptable pets’ photos and profiles.)

She’s not kidding about Petfinder’s two-decades-long presence as a beacon of animal rescue innovation. Indeed, the pet adoption website, which launched in 1996, has helped find homes for millions of animals, and it prompted the creation of similar sites. In more recent years, animal welfare workers and volunteers have used social media brilliantly to share stories, photos and videos about pets in need. Yet, more than 4,100 dogs and cats are still being killed every day in U.S. shelters. So, how else can technology have an impact on what many see as an utterly solvable problem?

“The idea that Best Friends could figure this out all on our own is crazy. That’s why we’re always looking to partner with outside organizations. Time is of the essence here — we’ve got six and a half years to figure this out,” says Sue, referring to the 2025 target date for getting the country to no-kill.

Thankfully, cutting-edge applications are making a real difference. Backed by a leadership grant from Maddie’s Fund ®, a foundation that works to reduce death rates in shelters, Best Friends and its network of partners are innovating in all sorts of ways. The following are just a few examples. 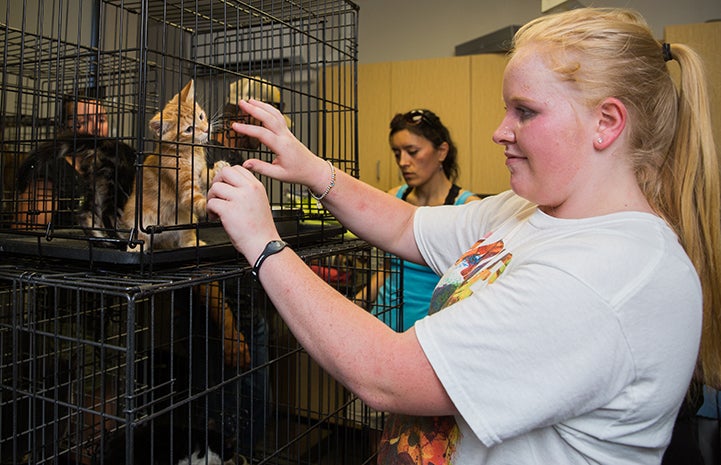 All across the country, thousands of pets are returned to shelters or simply abandoned because their human families don’t see them as the right fit. One way to address this problem? Use technology to prevent less-likely-to-succeed matches from happening in the first place.

Employing an approach similar to that of dating website eHarmony.com, PawsLikeMe Inc. walks potential adopters through a three-minute online quiz and then immediately lets them see top matches for pets who would fit the most seamlessly into their homes and lifestyles. PawsLikeMe has a customized online quiz to match people with adoptable dogs at Best Friends Animal Sanctuary in Kanab, Utah, and the site is working on one for adoptable cats.

“The most exciting thing for us is when we hear about people showing interest in animals who have been overlooked for a long, long time,” says PawsLikeMe CEO Elizabeth Holmes, who co-founded the company in Orlando, Florida, and launched it nationally in 2015. “They’ll say, ‘This dog was our top match and we’d love to meet her.’ Without the quiz, people might have walked right past that dog’s cage in a shelter, without even thinking about taking her out.”

Sue says she’s pleased to see how enthusiastically people engage with the quiz, noting that there are benefits that hadn’t originally been anticipated. And Kristi Littrell, Best Friends Animal Sanctuary’s adoption manager, agrees: “I love that the quiz will help a big dog get adopted because he’s a 96 percent match to someone based on personality. The idea of people looking beyond breed is very exciting.” 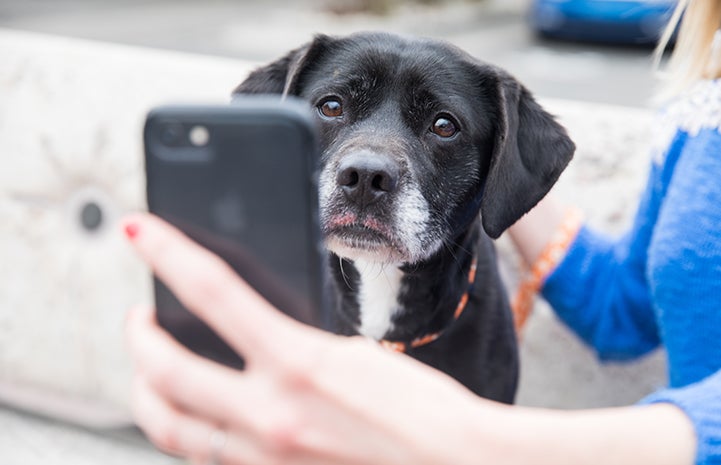 Chris Roy is the founder and owner of Doobert.com, a digital platform that helps volunteers transport homeless animals from places where their lives are at risk to places where they will be in higher demand. “I really truly believe that more people want to adopt, but the process takes too long and it’s too hard for people,” Chris says. “Transport is part of the solution.”

According to Chris, since Doobert launched in Wisconsin in 2014, more than 19,000 volunteers and 750 shelters and rescue organizations have used the platform to transfer animals from point A to point B across North America. Most volunteers are drivers who sign up for two-hour segments of longer journeys; others are airplane pilots who travel much greater distances with pets.

Some volunteers provide quick local rides for animals in crisis. For instance, the Best Friends Pet Adoption and Spay/Neuter Center, in Los Angeles, is equipped to care for newborn kittens, and litters of kittens get dropped off at overburdened Los Angeles city shelters all the time. But who has time to give rides to the kittens, who must be fed every couple of hours? Chris says, “We can now immediately send out emails and text message alerts about kittens who need rides, and volunteers step up and do it.”

On a grander scale, Doobert’s software includes more than 6,000 airports as well as mapping functions for drivers. It’s a tool that ultimately reduces deaths in shelters by balancing out supply and demand for pets across the country. “Chihuahuas get put down like crazy in California and Arizona, but in other parts of the country, you can’t find a Chihuahua,” Chris says. “This is not an oversupply problem, it’s a logistics problem — but this is exactly what technologies like machine learning and artificial intelligence are good at. That’s what makes me excited for the future.” 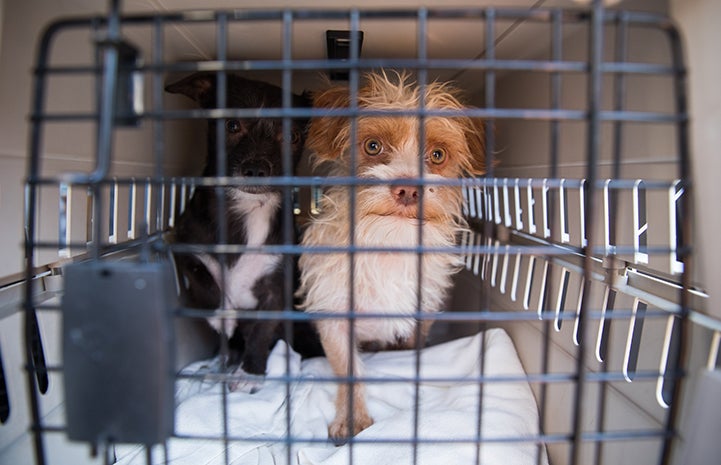 It’s all too common for pets to end up in shelters because their humans don’t know how to navigate — or simply can’t pay for — an unexpected medical issue. Vet visits can be especially challenging for people who live in remote rural areas or who have limited incomes.

VetsPlusMore, the Best Friends partner that helped thousands of animals during hurricanes Harvey and Irma, allows people to video chat with a veterinarian at any hour of the day or night for $3.99. A year-long subscription via the Best Friends app has unlimited 24-hour access to a veterinarian and costs $8.95 a month. “We’re not here to replace your vet. In fact, our slogan is ‘We’re here when your vet can’t be,’” says Leon Kruger, founder of the Toronto-based company. “But for people who can’t afford a vet visit, at least they have this.”

“The minute our vets see a dog or cat, they can determine a million different things very quickly,” he elaborates. “They certainly can tell you if you need to go to an after-hours emergency clinic in the middle of the night. The future is telemedicine. It’s here to stay, and it’s only going to get better.” 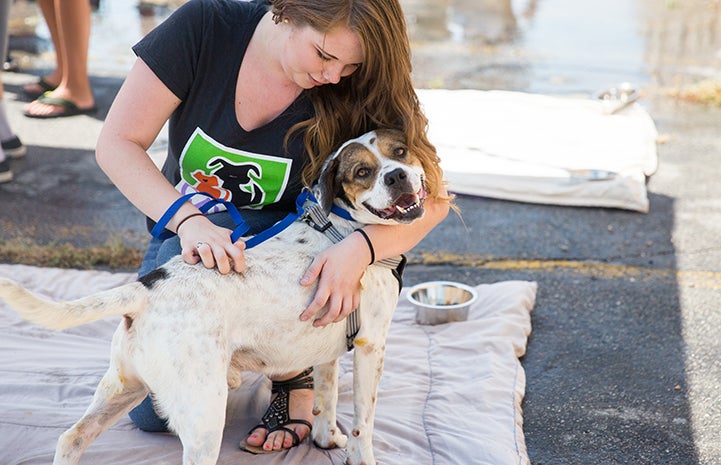 Angie has been spearheading efforts to get top thinkers at Google, Facebook and other Silicon Valley tech companies to brainstorm about solutions for the animal welfare sector. In March 2018, Best Friends hosted a summit on the topic facilitated by innovation consultant Doug Solomon, former chief strategy officer for Apple and former chief technology officer at IDEO, a design and consulting firm. “From what I can see, technology in animal welfare is somewhere between 5 and 35 years outdated,” Doug says. “The key is going to be to experiment and take risks … even though risk-taking can be kind of scary sometimes.”

To get even more ideas from more tech gurus, Best Friends has been seeking out solutions from university students at intense 24- to 36-hour hackathons at Harvard University, Stanford University and beyond. These meet-ups have led to promising technologies involving everything from improving photos of shelter animals to making the home-visit process less arduous for rescue groups. Best Friends is also experimenting with gathering ideas through crowdsourcing on platforms like HeroX.com. On that site, users were asked recently to “propose an idea to efficiently and effectively distribute resources to people at risk of losing their pets.”

But, with deaths in U.S. shelters occurring at a rate of more than 4,100 dogs and cats per day, clearly much more is needed. So, Best Friends is eager to connect with any and all people who have ideas about how to help this country become a no-kill nation by 2025. “We hope that people with tech skills who read this article will feel inspired to take up the cause for the animals,” Sue says. “That’s our dream.”

Are you a techie who wants to help save lives?

If you are a computer programmer, software engineer, coder, app developer or someone who loves both predictive analytics and animals, please reach out by emailing Angie Embree, Best Friends’ chief information officer, at angiee@bestfriends.org. 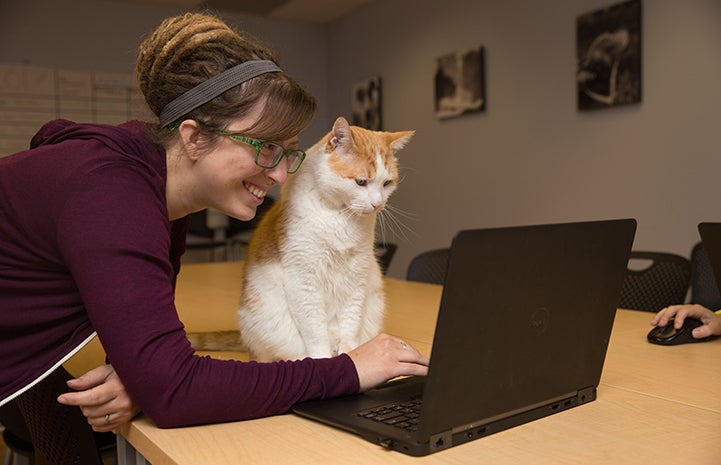 Best Friends and our partners are exploring new ways to use technology to save animals thanks to a grant from Maddie’s Fund ® .#ThanksToMaddie