12 wins for homeless animals this past year

Image
This article reviews the major accomplishments Best Friends made on behalf of homeless animals over the past year.
By Denise LeBeau

Every day, Best Friends has something to celebrate when it comes to pets in need and the people who love them. Best Friends’ outreach includes the cat, pit bull terrier and puppy mill initiatives; the No More Homeless Pets Network; and local programs in Los Angeles, Utah and New York. Through these outreach programs, Best Friends’ expertise is brought to communities across the country, communities that are working toward a common goal of saving animals, and keeping them healthy and happy and in homes.

One wedding: The Best Friends National Conference set two new records — the highest attendance ever (more than 1,600) and a wedding. Attendees were invited to the flash mob wedding of Sue Cosby, a speaker at the conference and executive director of Animal Care and Control Team of Philadelphia. 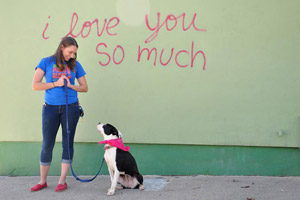 Four truckloads of food: A relationship between Best Friends and the pet food company Blue Buffalo facilitated the distribution of truckloads of donated dog food, cat food and treats to Network partners with the greatest need.

Best Friends lobbied in Pima County, Arizona, to pass an ordinance sanctioning TNR, paving the way for the new Community Cats Project there. And helped by Best Friends, Chicago, Illinois, became one of the largest cities to pass a ban on the sale of dogs in pet stores, unless they come from rescue groups or shelters.

Seven kittens saved: When Verona Street Animal Society in New York, a Best Friends No More Homeless Pets Network partner, had a litter of sickly and at-risk kittens, their regional specialist, Linda Gage, flew into action. “The local municipal shelter was full and needed to make space,” says Linda. She fostered all of the kittens until they were healthy enough for adoption.

Eight months-a-waiting: No More Homeless Pets Network supervisor Michelle Logan works with dogs at Palm Beach County Animal Care and Control in Florida. A dog named Black Jack had been in and out of the shelter for eight months, when a woman approached Michelle about adopting a smaller dog. She introduced the adopter to Black Jack, and the woman took both him and his run mate home. 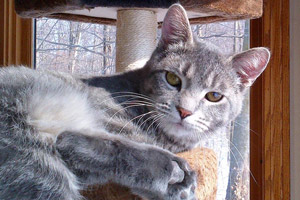 9 Lives for $9: More than 130 No More Homeless Pets Network partners participated in the 9 Lives for $9 cat adoption promotion, which found new families for over 2,500 cats of every stripe from all over the country.

A perfect 10: Ten dollar adoption fees kicked off the #Holiday 100 at the Best Friends Pet Adoption and Spay/Neuter Center in Los Angeles. This adopt-a-thon weekend landed new homes for 212 pets.

Eleven is the best (month): November turned up the dial on lifesaving in Salt Lake City. The Best Friends Pet Adoption Center in Sugar House provided the best Thanksgiving for 263 pets who found their new homes in November, more adoptions than any month since the center opened.

Twelve Strut Your Mutt cities: The 2014 Strut Your Mutt, Best Friends’ annual dog walk and fundraising event, was the biggest yet, with a dozen participating cities, yielding over $2.2 million for homeless pets.