Image
The 2025 Action Team, numbering 29,000 (and counting) volunteers from all over the country, is playing a key role in Best Friends' push toward no-kill 2025.
By John Polis

Isha remembers that day driving along a busy road on a trip abroad with her family. The passing scenery ― a roadside tapestry of barefoot children, street merchants, goat herders and passersby ― was in stark contrast to what she’d been used to as a 14-year-old living in the Midwest near Chicago. But it was something she saw through the car window a little later that day that would forever be etched in her memory and affect her in a profound way a few years later.

There on the edge of the road was a litter of gray puppies.

Yelping and huddling together, the tiny pups were hardly visible amid the commotion of people and dust. “I immediately tugged at my mother’s sleeve,” Isha recalls, “and begged her to stop the car so we could move the puppies away, but she firmly told me we could not. ‘We’re only visitors,’ she said. So I obeyed, fearing to look outside again. I couldn’t believe I had witnessed a litter of abandoned puppies, yet I wasn't allowed to help.”

Fast forward a half dozen years and Isha, a pre-law student, is free to help those puppies. These days she’s spending a lot of time coming to their aid, albeit in a more indirect way, as the organizer of a new Best Friends 2025 Action Team in Chicago’s western suburbs.

Becoming aware of puppy mills, their inhumane treatment of animals and the fact that they contribute in a big way to animal homelessness moved her to get involved in animal welfare. “I was ready to do something, but I didn’t know where to start,” she says.

That’s when she perused the Best Friends website and found out about the effort to take the nation’s shelters to no-kill by 2025. Living close to Chicago, Isha was familiar with the fact that Illinois is one of the worst states in the USA for puppy mills, with quite a few located in the southern part of the state.

“I always thought that when I completed my education, I’d want to do something to help animals,” Isha says. “When I heard about the 2025 Action Team, I wanted to go into the legal/political side of it by helping collect signatures to petitions, learning about local and statewide bills and helping in that way,” she says.

Isha is just the type of person Kenny Lamberti gets excited about. In fact, just get the Best Friends director of grassroots advocacy talking about anyone in his growing army of action team volunteers and it’s best to just stand back and start taking notes. A veteran of 30 years’ experience in community organizing, Kenny gets fired up in a hurry describing the team’s efforts to recruit volunteers in support Best Friends Animal Society’s historic push toward no-kill by 2025.

While many animal welfare organizations are onboard with reducing the killing of animals in shelters, facilitating spay/neuter and promoting adoption, the concept of recruiting individuals in local communities is nearest and dearest to the heart and soul of Best Friends, the latest iteration of which is the 2025 Action Team.

“What we know, says Kenny, “is that America has a love affair with dogs and cats. But many Americans are not really part of our movement. So, we’re trying to tap into those avenues ― people who love dogs and cats ― and get them to be agents of change for the animals and for themselves.” 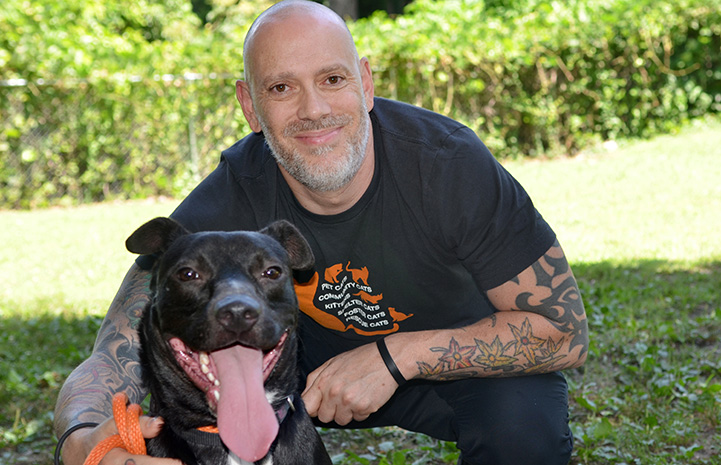 Reaching the masses about no-kill

Recruiting change agents in local communities is Kenny’s idea of marshalling the masses toward making the USA no-kill. “We want to build a national grassroots community of pet lovers in all 50 states ― a fruit salad of typical animal welfare supporters plus new people.”

Kenny says the idea of a well-organized animal welfare community ― where people from many demographics push the same ideas and work off the same sheet of music ― isn’t a pipe dream. “During a time when people are so divided, helping animals can be the unifying rallying point and the action team can serve as a place to bring people together – old, young, black, white, Latino, Asian etc.”

Animal welfare groups don’t always get along, even when it’s obvious most of them strive toward the same goals. But there is common ground to be gained and the 2025 Action Team is geared toward finding areas of agreement.

“We want to make the 2025 Action Team welcome to everyone,” Kenny says. “There may be people who know no-kill, but there also are people who are not in love with the concept. But they can still work together and our mission is to bring them together.” 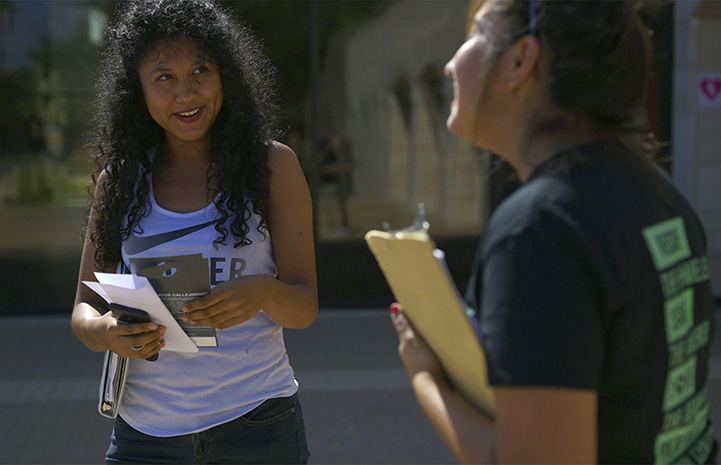 The 2025 Action Team is the mobilization piece of what Best Friends does, says Kenny. “By mobilizing, I mean actually getting people to do things. It’s different from public relations or marketing. Our action team participants are only as successful as the actions they take: creating petitions, emailing elected officials, building foster networks, etc. We are that mobilization, and we are boots on the ground ― especially as the COVID-19 pandemic subsides.”

The bottom line: Animal lovers all over the United States are looking for something to do and some way to help. And if there was a message that best exemplified the Best Friends spirit of grassroots action it would be a big poster of a determined-looking Uncle Sam pointing to the people with the caption: “The 2025 Action Team wants you!”

For example, in one weekend down in McAllen, Texas, in the Rio Grande Valley, the action team recruited 350 Spanish speakers by engaging in old school-type recruiting ― knocking on doors and asking people to get involved. 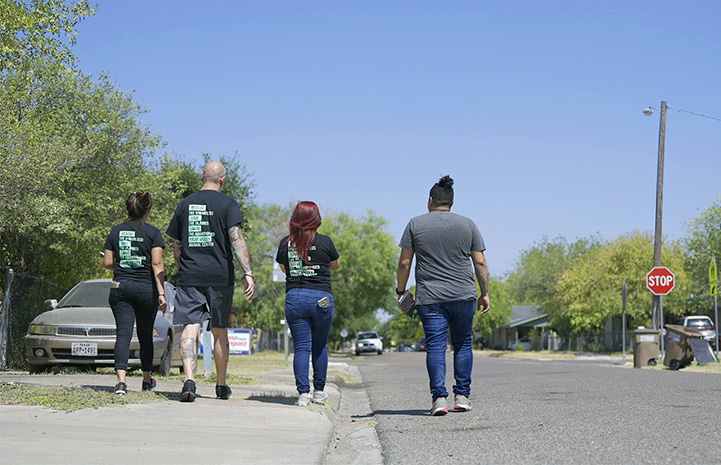 Members of the 2025 Action Team, numbering approximately 29,000 around the country, typically contact shelters, municipal governments, nongovernmental organizations (NGOs), private businesses and pet lovers in general to become part of the solution ― a solution that involves rolling up sleeves, picking up the phone and convincing people to spread the word and get involved to effect change.

The grassroots way of organizing that runs white hot with Kenny fuels the flame that burns brightly throughout the history of Best Friends. It’s one of the reasons that Kenny was attracted to Best Friends after years of working in animal welfare.

“In the old days, the founders were community organizers” he says. “We want to go back to our roots, but in a much larger way than ever before.”

To put some context to it: Kenny wants to merge those roots, which include such basic appeals as one-to-one tabling at central business locations including malls, with his own experience of old school community organization. “It’s more of a civil rights activist thing ― taking what Best Friends was founded on and bringing it into the present day,” he says. 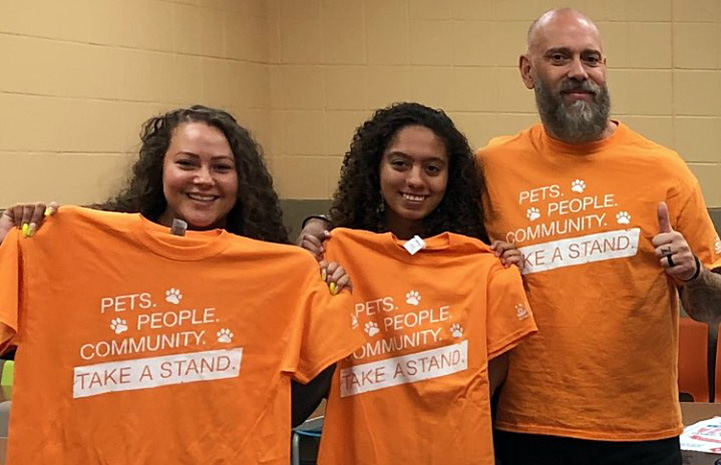 Since forming the Western Suburbs Action Team, Isha and others are helping promote HB1711, a humane pet sales bill that just this month passed the Illinois House of Representatives and is on its way to the Senate. The team shares information about the bill with people around the state, urging them to contact their state representatives and doing anything possible to get it passed into law.

Groups of residents such as this one in the suburbs west of Chicago are the “boots on the ground” needed to achieve the goal of no-kill, says Kenny. “And Isha, to me, is the archetypal action team leader we are looking for ― a young woman who activates people and brings them together. She knows technology, but also values human interaction and how to bring people together.

“Isha has been amazing and although she was already great before joining us, I believe we’ve helped give her focus on how to organize more effectively. Our way is to find people and put their energy and effectiveness on steroids.”

When Isha set up her action team, she met Sarah, a Best Friends donor who has fostered dogs for many years. The two work are working together recruiting new members and working with local rescue groups on the Illinois puppy mill problem and humane pet sales legislation.

“We are small and new and growing every day,” says Sarah. “It’s nice knowing people in the community who think like me, and it was also nice to know that other people wanted to know what’s going on in city council meetings about animal issues.” 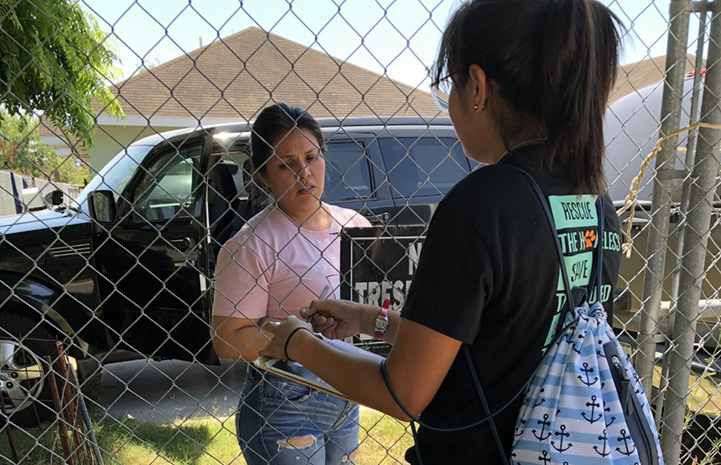 Working to get legislation passed

The group is focused on promoting local efforts to pass legislation to stop stores from selling dogs, cats and bunnies from mills. In addition, the group is contacting other area communities to see if they would consider passing ordinances similar to the one that passed the state House in January.

Sarah says the group is constantly evolving and growing. In recent weeks, they started a Facebook page and began formalizing some roles within the group. Last fall, the group participated virtually in Strut Your Mutt as a team and chose the Naperville Area Humane Society as the recipient of funds raised. It was the first time that group had participated in a fundraiser.

Isha says the group really took shape last summer after she spoke with Ledy VanKavage, senior legislative attorney for Best Friends, and Elizabeth Oreck, Best Friends’ national manager of puppy mill initiatives. Since then it has gathered signatures and at one point the fact that they gathered 500 signatures in support of an ordinance caught the attention of a local city councilman.

Elizabeth says the new team has already been a big help: “Isha and her Western Suburbs Action Team have been instrumental in getting local elected officials to consider humane pet sales ordinances. They are a great example of grassroots advocacy at its best. By organizing animal lovers in the community and reaching out to policymakers, they are harnessing their collective power to be a voice for pets and make positive change at the local level.”

Isha says the group is getting ready to resume plans that have been on hold because of the pandemic. “As soon as the pandemic restrictions are lifted, we plan to attend rescue events to inform people about rescuing animals, adopting (not buying) pets and other ways they can help animals.” 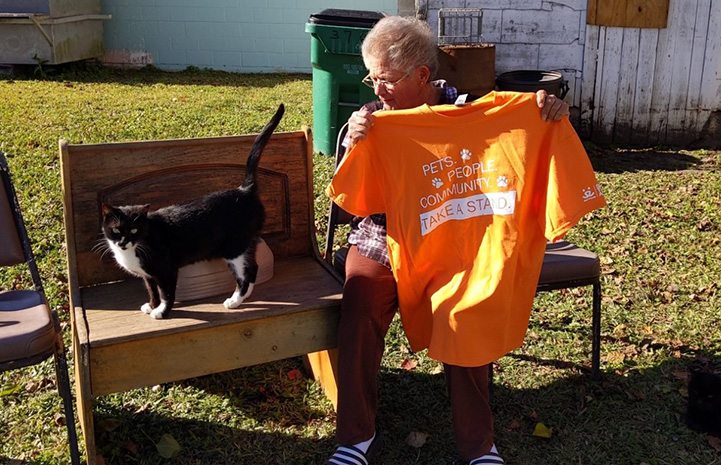 Working with other Illinois groups

Sarah points out that the group isn’t working in a vacuum and has contacted such groups as Bailing Out Benji, Go Humane Illinois, Stop Online Puppy Mills and other organizations. “We are all communicating together,” she says. “With the bill currently in the state Senate, we are working to get more people to sign action alerts, call representatives and urge everyone to get onboard to get the legislation passed.”

Looking ahead, Kenny wants to make the action team self-sustaining by adding hundreds of thousands of members. “I want to build an army you wouldn’t believe,” he says. “We have almost 30,000 in just a year and a half. Out five years from now, I’d like to have hundreds of thousands of action team members, not only leading in their own areas but also teaching others. We want Best Friends to become a hub ― something people can tap into.”

Localized, grassroots community action is critical to the no-kill movement, says Kenny, and it could be a major factor in helping to once and for all stop the killing of animals in shelters.

“I want the public to plant the seeds, water them and watch them grow,” he said. “This move toward a community-centered approach won’t work unless the community itself can hold it up. So hopefully, our current work, combined with our intentions to recruit action team members from communities all over the United States, can play a major role in getting us over the top in 2025.”