Who can’t recall a time from childhood spent joyfully exploring the wonders of the local pet store? For many young children, it’s their first close look at animals. And many a dream of taking an animal home ― one’s own puppy, kitty, parakeet, turtle or bunny ― was born inside a local business that sold animals, along with all the accoutrements necessary to take care of them.

Baby boomers growing up in the ‘50s and ‘60s loved pet stores. Who among these now all-grown-up adults doesn’t recall a time or two popping into a pet store to check out the animals?

For consumers back in the day, the role played by puppy mills (factory farms that mass produce animals for sale across the country) in supplying inventory for pet stores was out of sight, out of mind. But as pet homelessness and overcrowded shelters became more of a public issue, animal lovers concerned about the killing in shelters and animal cruelty in general decided to challenge the status quo and bring the puppy mill issue into the light of day.

More than a decade ago, Best Friends Animal Society, as part of its vision of promoting animal kindness, joined concerned animal welfare groups around the country in exposing puppy mills and their callous business model. A lot has happened during those 10 years.

Today more than 400 humane pet sales laws are in place across North America, and Elizabeth Oreck Best Friends national manager of puppy mill initiatives, has been at the forefront of the push for those ordinances, which by their nature challenge the very existence of pet mills. “The way to eliminate puppy and kitten mills is to target their profits by encouraging people not to support this cruel industry,” she says.

We recently sat down with Elizabeth to ask about the ongoing challenge of her work and her hopes for the future, as well take a look back on how far we’ve come. 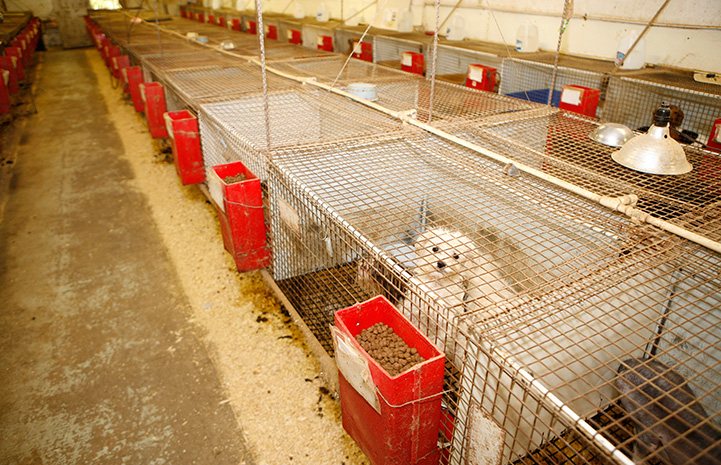 How far back has Best Friends been actively working on humane pet sales ordinances?

It goes back to 2010. The first one I was involved with was for West Hollywood, California, and it was a collaborative effort that included a number of organizations. At that time there wasn’t a general acceptance that stopping pet stores from selling dogs from puppy mills would be a viable or impactful strategy. So there was a lot of convincing to do. And here we are today, with more than 400 cities, counties and states having enacted humane pet sales laws.

What was the first big victory for Best Friends on humane pet sales legislation?

The one that really turned the tide was in Los Angeles in 2012. Even though we had already passed several ordinances in Southern California by that time, L.A. was the first major city in the United States to do something like this and it really helped spotlight the issue. It set a precedent and made the concept of humane pet sales ordinances amenable to other big cities (such as Chicago and San Francisco). After that, the momentum really started building with humane pet sales legislation throughout the country.

Did you run into any difficulty in those early pushes toward humane pet sales?

L.A. city officials were a little nervous about doing something as unprecedented as a humane pet sales ordinance on such a grand scale. They wouldn’t approve it unless the ordinance had a three-year sunset clause (expiration date), so we went with that. Before the three years were up, we passed another ordinance to remove the expiration and make it permanent. It was important for the city to be thoughtful and take its time to make sure the ordinance would be positive, save lives and not unfairly target business owners.

What are some of the things you did to convince pet store owners that it wasn’t necessary for them to sell dogs and cats?

It was really important for us to be clear that we were not trying to put pet stores out of business, nor was it necessary for any pet store to close as a result of these ordinances. We only wanted pet stores to stop doing business with puppy mills and to be a part of the solution rather than the problem. So we encouraged stores to transition to a humane business model, so that instead of selling dogs from pet mills, they would offer dogs and cats for adoption from local shelters and rescue groups. If they focused on profitable services such as grooming and day care, and of course selling food, toys and other products, that would make up for lost puppy revenue. 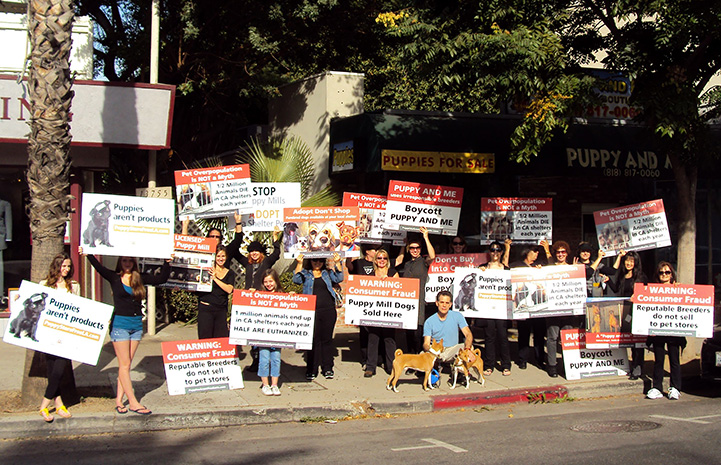 Who were the key advocates for Best Friends and other groups on humane pet sales?

The ordinance in 2012 was sponsored by L.A. City Councilmember Paul Koretz, 5th District, who was and continues to be our friend and ally on animal issues. It was his leadership, along with strong support from Brenda Barnette, director of L.A. Animal Services, that enabled us to succeed. A few dozen pet stores that sold puppies were impacted by that 2012 L.A. ordinance, but we were able to show that an alternative humane business model was viable. There are thousands of pet stores across the country that have never sold commercially bred puppies, and there was no reason L.A. pet stores couldn’t operate under that same model.

Why did humane pet sales become a key focus for Best Friends?

We realized it was the best way to address the puppy mill problem ― to reduce the market for milled animals to be sold. It was important to focus on why puppy mills are in business, which is to make a profit, so minimizing that profit from the retail side was the key. It’s basic economics: Puppy mills only exist because people are buying what they’re selling, so shrinking the market for those sales logically reduces the need for puppy mills to manufacture dogs for that market. It was also a way for us to protect consumers, who often don’t realize that the puppies for sale in pet stores usually come from out-of-state puppy mills, where dogs are kept in substandard conditions that make puppies susceptible to serious health and behavioral issues. Treating those issues can be way more expensive for the consumer than the original price of the puppy.

What are some of the milestones in our work on humane pet sales legislation? 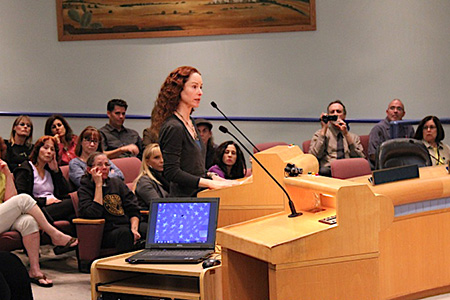 I think the biggest so far was in 2017 when California passed the first statewide humane pet sales law, which went into effect Jan. 1, 2019. Since then, humane pet sales laws have been passed in Maryland, Maine and just recently, Washington state. And several other states are poised to join them.

What have the years taught us about passing legislation on humane pet sales?

One of the important things we’ve learned is how to write laws with strong language that prevents loopholes that allow pet stores to circumvent the law. For example, our early ordinances banned the retail sale of commercially bred animals, but had a provision that allowed stores to sell animals from shelters and rescue groups. Well, a few bad actors found a workaround by forming fake rescue groups in order to continue selling pet store puppies from mills with “adoption fees” of $5,000 to $6,000 each. They were totally duping the public. So last year in California, we passed another statewide law that addressed that issue by stopping pet stores from selling dogs and cats, but allowing shelters and rescue groups to showcase adoptable animals at retail locations. And Chicago recently updated its 2014 ordinance to remove that loophole as well.

How does Best Friends work with other groups on legislation?

Best Friends never wants to be an organization that comes in and tells people what to do. We want positive change to be driven from inside the community, by the community, so we engage stakeholders, activate our partners and provide support to help drive positive change. We do this through action alerts, creating petitions, providing toolkits, etc. We’re a highly collaborative grassroots organization, and I think that’s our strength when it comes to making progress for animals.

How much opposition is there to the humane pet sales legislation?

The opposition comes primarily from those who profit from the pet sales industry, and our opponents fight back hard. While we are making all this progress, the pet industry is trying to pass laws that prohibit cities and counties from enacting humane pet sales ordinances. We are at opposite corners of the same fight and it’s often a race to see who gets there first. Their tactics can be very deceptive and misleading, so we have to be very diligent about tracking every piece of legislation in every state.

How do you cut through the fog of opposing arguments to ensure that lawmakers see our side of it?

We just try to be very transparent, point to all the humane laws that have already been enacted, engage our supporters and partners and focus on the merits of the legislation and the benefit to pets, consumers and the community. Ultimately, the legislation speaks for itself. I always tell lawmakers, if they are looking at a humane pet sales ordinance and hearing opposing views, just look at what each side stands to gain. Our only goal is to prevent animals from suffering, while the industry is all about profit. 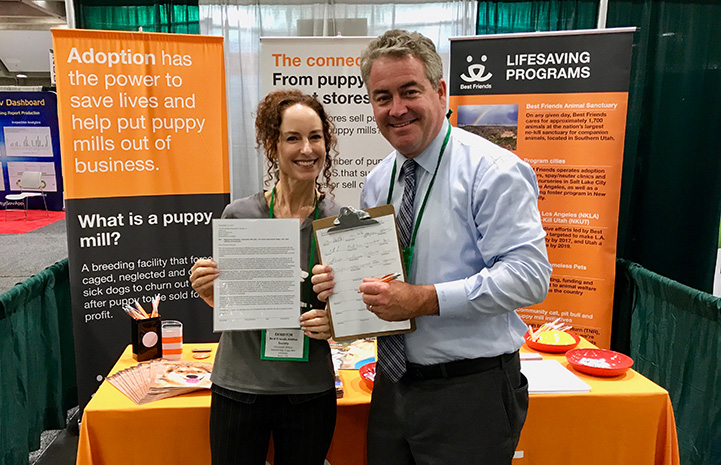 Where are we as a nation with respect to reducing the sale of pets from breeding mills?

We started with the brick-and-mortar stores because they were the low hanging fruit. We knew where they were and could easily trace the puppies for sale to the breeding facilities they came from. But the high hanging fruit is the internet, and we are just scratching the surface there. It’s obviously more challenging because so much of it is hidden. It’s difficult to know know who’s actually selling, where they are located and the conditions under which the animals are bred. So buying a puppy from a pet store or website is a big gamble, that’s why we encourage everyone who is looking to bring a pet into the family to start with a shelter or rescue group. And if they can’t find what they’re looking for through adoption, they should find a local reputable breeder who will allow them to visit in person, meet the parents of the puppy, and see for themselves that the dogs are bred responsibly and humanely.

We’ve made enormous progress in the past 10 years. There are far fewer puppy mills today and much more awareness about the issue. With more than 400 humane pet sales laws on the books, more people than ever are choosing to adopt rather than purchase a pet. But there is still work to do, and it’s going to take all of us working together to get to a day when every puppy and kitten mill is in our rear view mirror and every pet has a safe, loving home. And I know we will get there. 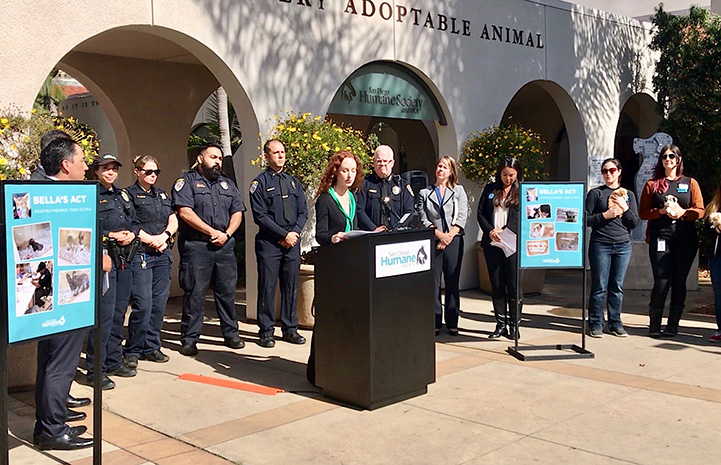 You can help stop puppy mills

Everyone has the power to fight puppy mills, and it’s easy to get involved and make a big impact.

Find out how you can get involved

A videographer who helps pets smile for the camera

97 kittens, an RV and a lifesaving mission

A pilot becomes a cat rescuer