6 of the sweetest rescued mama dog and cat stories

Image
For Mother's Day, we're looking back at six amazing animal moms from the past year.
By Sarah Thornton

Mother’s Day is coming up May 9 and at Best Friends we’ll be celebrating not only our human moms, but also some amazing animal moms we’ve gotten to know over the past year. While dogs and cats in Best Friends’ care are spayed or neutered, sometimes they arrive pregnant or just after having had babies. And in those cases, we can see some true mothering instincts shine. So here’s a celebration of dog and cat moms who raised their little fluffballs with love and care, whether they were biological, adopted or even another species altogether.

They might not be getting flowers and breakfast in bed on Sunday, but these mamas all earned some extra treats and snuggles for caring for all their little ones. 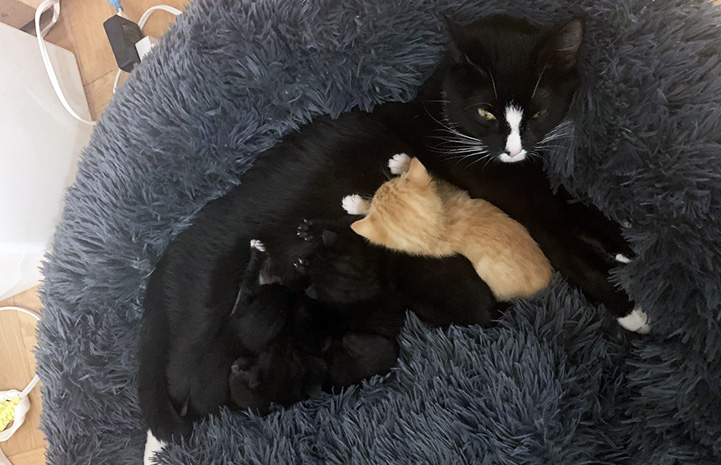 When a cat mom at Best Friends in New York was sick and unable to produce milk to feed Arnie, her single orange kitten, veterinarians took a chance and introduced him to Callie. Callie already had already doted lovingly on her own litter of kittens, but there was still room in her heart and at her belly for more. She accepted Arnie into her family without hesitation and soon had him tucked up next to her, in between the rest of his squirmy new siblings.

2. Welcoming six pups to the world 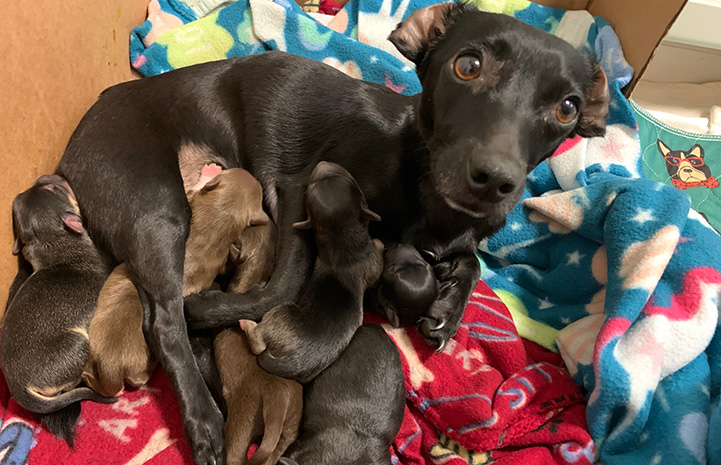 Shortly after COVID-19 closures forced the Best Friends Lifesaving Center in New York temporarily to shut its doors (along with much of the rest of the city), Emily DeFelice and her husband decided it was the perfect time to foster an expecting mother dog. According to sonograms, Linda was due to have four puppies, but just a few days after she settled into Emily’s home, six brand-new puppies were welcomed into the world.

While Linda did all the hard work herself, Emily and her husband were there to provide backup. Throughout the birth and as the puppies continued to grow, Linda doted on her litter, while the DeFelices did everything possible to keep the whole family healthy and happy. And when the puppies were old enough, each and every one of them (including momma Linda) was adopted.

3. An all-nighter for mama dog Laverne

Laverne was heavily pregnant when she arrived at Best Friends Animal Sanctuary. She was so round she couldn’t even fit through the dog door. No one was sure how many puppies she would be having, but they didn’t have to wait long to find out. Just hours after arriving, Laverne went into labor.

Caregivers set up shifts for people to stay with her throughout the night, to make sure there were no complications with Laverne’s first (and last) litter. Veterinary technician Jennifer Mount had to show her what to do with her first puppy, but after that, Laverne took over. One puppy after another, they were cleaned off and tucked up to their momma’s belly until finally, just before midnight, 11 squirmy newborns were quietly nursing away.

4. Moana and kittens leave the carboard box behind 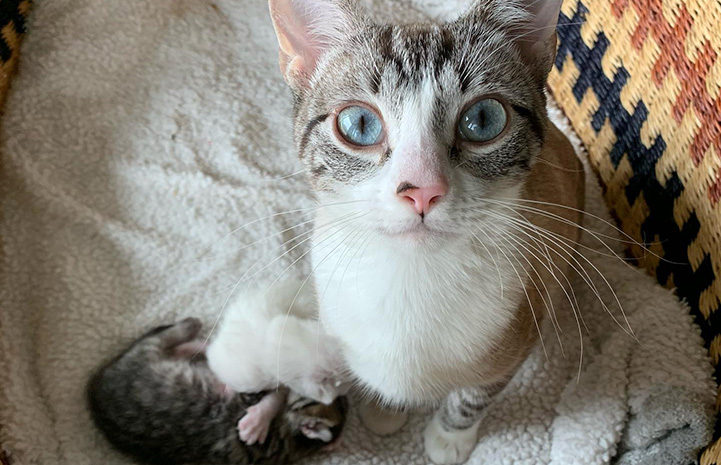 “Free moma cat,” read the cardboard box in which Moana and her days-old kittens were discovered. The neighbor who found them brought them immediately to a nearby shelter, and from there they made their way to Best Friends in Northwest Arkansas and eventually into a fantastic foster home. But their challenges didn’t stop after they left the box.

Holly Brookhauser, their foster person, noticed a scab on one of the kitten’s noses that soon turned into a bald spot. It turned out that the family of three had ringworm. With some guidance, Holly set them up in an uncarpeted room in her house for quarantine and treated them with medicine and regular shampooing. All the while, she posted adorable photos of all of them on social media. When they were ringworm-free, they didn’t have to wait long to get adopted. The kittens went home together, and Moana also found a new family to call her own. 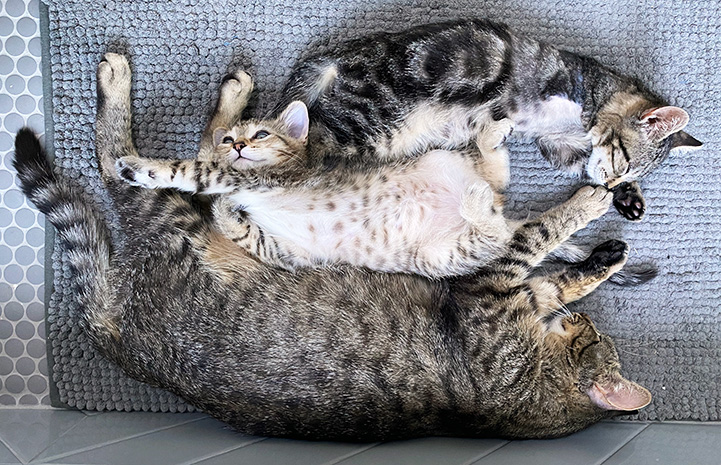 A little kitten named Maximus was barely big enough to walk when he suffered an injury that ultimately led to one of his front legs being amputated. He quickly bounced back from the surgery, but to recover fully he would need to be under careful supervision in a foster home.

Nikki Orlando had been fostering another cat, Baklava, along with her four kittens. And when she heard about Maximus, she agreed to help him out, too. At first, she kept the cats separate, but when she felt confident that Maximus was healthy enough, she introduced them. And Baklava instantly took to the new little kitten. She groomed him and played with him like she did her own kittens, until he was big and healthy enough to be neutered and get adopted.

6. Penny the dog and her kittens 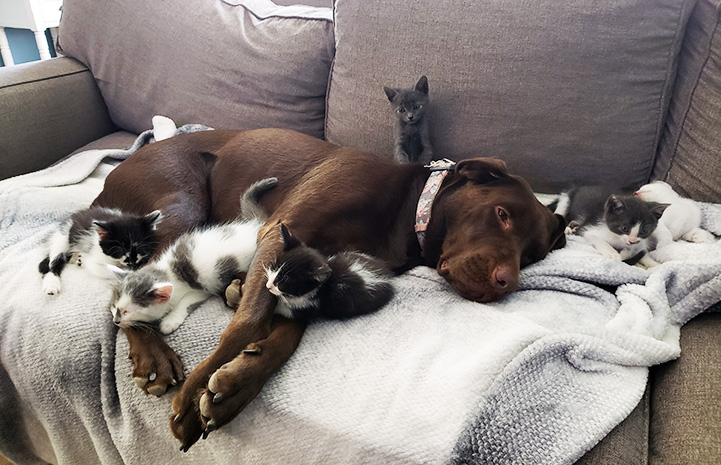 Veronica Gonzalez always knew that Penny was a special dog. She saw how gentle Penny was with the family’s guinea pig, and when she learned that six kittens were in need of a foster home, she stepped up to help. She thought it would be a good way to help her daughter, Valerie, feel less lonely after starting remote learning due to the COVID-19 pandemic. What she wasn’t expecting was for Penny to jump in and take part in the kitten care, too.

Penny snuggled and groomed the kittens like they were her own babies, and the kittens were constantly piled around their new mom. It didn’t matter that they were different species. They loved each other as much as any family could. When it was time for the kittens to get adopted, they kept one who was especially bonded to Penny ― little Pumpkin. And Penny’s kitten-raising didn’t stop there. Soon, she and her family had two more kittens to look after, and Penny fell in love all over again.

By joining Best Friends, you can help even more animal moms and their tiny families have the happy endings they deserve.