7 animals we can’t believe haven’t yet been adopted

Furry or feathered, two-legged or four (or somewhere in between), all sorts of animals call Best Friends Animal Sanctuary their home-between-homes. With hundreds of amazing and unique pets ready to be adopted, it can be a little daunting for potential adopters to go through all their online profiles or try to meet them in person.

So, we asked caregivers which pets they consider hidden gems that haven’t yet been scooped up by adopters. Some were shy when they first arrived and now they’ve blossomed. Others have overcome medical challenges and are feeling good for the first time in a long time.

Now it’s their time to shine, so check out these furred and feathered friends. 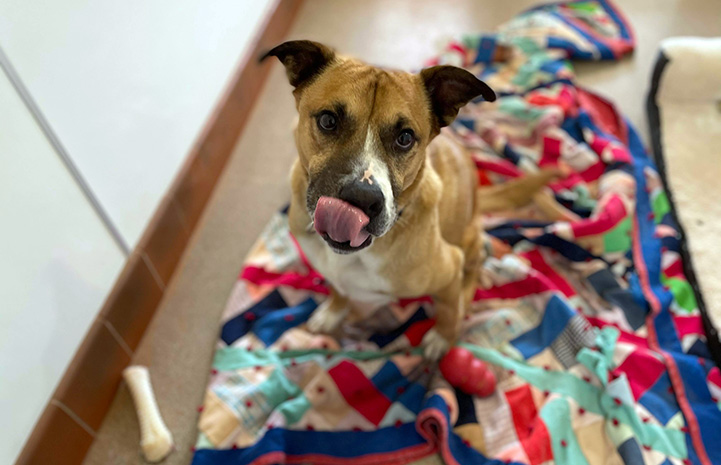 If you take the time to get to know Memo, you won’t regret it. He loves his people, and once he’s comfortable, he’s full of happy wiggles and tail wags. Because of an old injury to his hips that made it hard to move, plus some extra weight he was carrying when he first arrived at the Sanctuary, Memo has been getting regular hydrotherapy to get in shape and regain strength in his hind end.

He may still prefer low energy activities such as car rides and general “couch potato-ing,” but the therapy is doing him a world of good. Now he’s hopping, running excitedly and feeling the best he’s felt in a while. 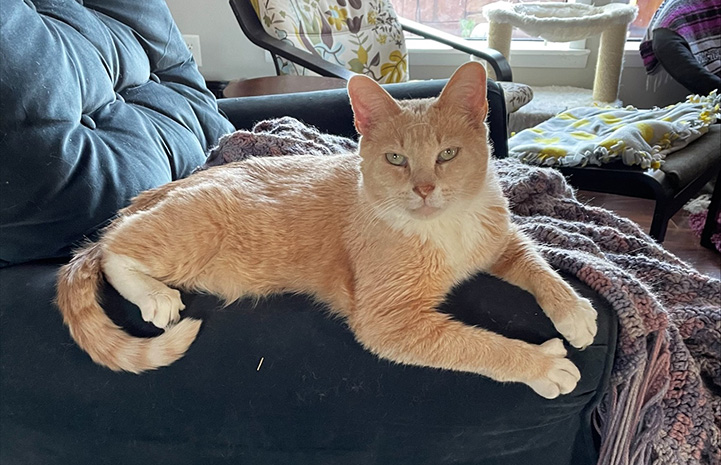 Schroeder used to be the cat few people saw, since he was hidden up in the highest spots in his room with his favorite feline friends. He always enjoyed a good back scratch. You just needed to find him first. So, caregivers started working with him to get him out of his shell, and it worked. These days, he’s the one seeking out attention and asking for more by reaching out with his paws to gently pull your hand back when you think you’re done petting him.

In his foster home, he snuggles up in bed every night and plays with his foster siblings each day. There’s no more hiding for this handsome orange boy. Schroeder is ready to find a family and spend every day getting all the attention he wants. 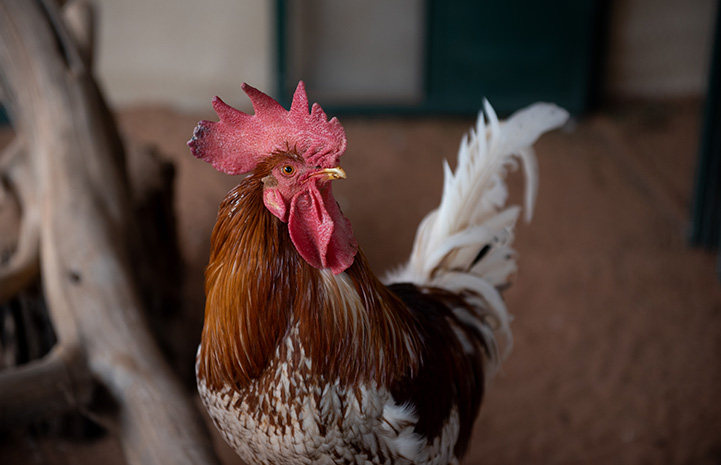 Redford the rooster’s personality is as vibrant as his feathers, and that’s saying something. He’s inquisitive and fast to figure out any sort of food puzzle you throw at him, although he’d much rather just get the treats without the work. He keeps a close eye on the comings and goings around his coop, and isn’t afraid to let his voice be heard all across the Sanctuary.

From a chick abandoned in a box, Redford has grown up into a bright and wonderful rooster. He is more than ready for a safe place to call home, for plenty of dirt to dig around in, and for some hens to keep him company. 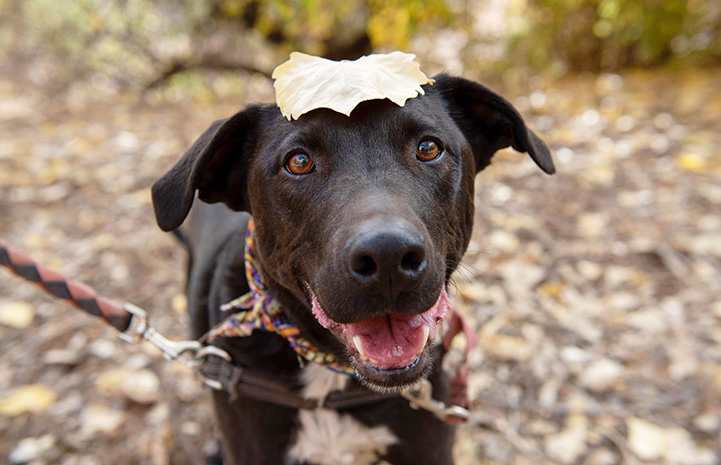 If you’re looking for a laid-back, affectionate dog who will sit on the couch and hang out with you all day, look no further than Roady. This senior Lab hangs out in the kitchen of his area at the Sanctuary and is always ready to meet new people and show off his mastery of many different cues and tricks. He’s affectionate, loves cuddling and just wants to be by your side as much as possible.

Roady needs to be the one-and-only pet in the home, because he is reactive toward other dogs. That has made it difficult for him to find a home so far, but he is ready to give a family more than enough love to fill a home all on his own. 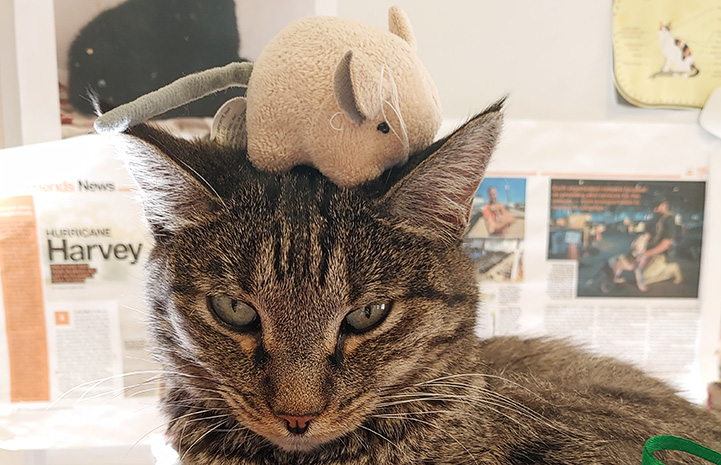 Get ready to be charmed by a furry little Angel. This tiny, 10-year-old tabby still plays like a kitten when she has her favorite toys, but she’s more than happy to cuddle up in your lap or carry on a conversation with you — even if you don’t speak “cat.” She is sweet, easygoing and has shown herself to be ready to make friends with anyone, be they human, cat or even dog. She really does live up to her name.

Angel is ready to move in, settle down in a sunbeam and get to work filling your home with cuteness and purrs. What more could you ask for? 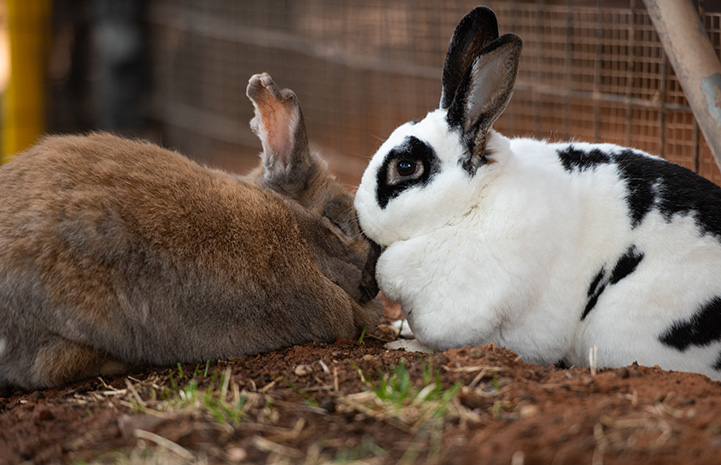 For a double dose of cuteness, Bonnie and Capone are your bunnies. A far cry from their namesakes, this dynamic duo’s only crime is being super, super adorable. They spend their quiet days cuddling and grooming each other, and maybe looking for a treat or two from visitors.

When it’s time for group playtime with other bunnies on the lawn, Capone is known for taking care of the more nervous individuals by approaching and grooming them. And then it’s Bonnie’s turn to pamper him. They’re ready for a quiet home to call their own — maybe with you?

Find the hidden gem for you

There are homeless pets of every stripe waiting for homes near you. Take home your own hidden gem to love.