800 cookies, a 73rd birthday trip and a heart full of love for animals

Image
To honor her senior therapy dog, woman makes 800 cookies and donates money to the animals, and takes a birthday volunteer vacation to Best Friends.
By Christelle L. Del Prete

In the spring of 2016, Dianne Render decided it was time to do something special for the animals at Best Friends. But because her dog, Cowboy, had health problems, volunteering at the Sanctuary in Kanab, Utah, wasn’t something she could do at the time.

That called a creative approach. Dianne has some serious chops in the kitchen, especially when it comes to baking so, by putting that talent to work, she was able to make a heartfelt and generous donation to Best Friends. She also began planning a trip to the Sanctuary, where she would volunteer with the animals while celebrating her 73rd birthday.

Taking inspiration from the Texas governor’s mansion famous “Cowboy Cookies” recipe, Dianne whipped up her own cowboy cookies in honor of her own little therapy dog, who in his younger days traveled to hospitals with her husband, Michael, and lifted spirits wherever he went. 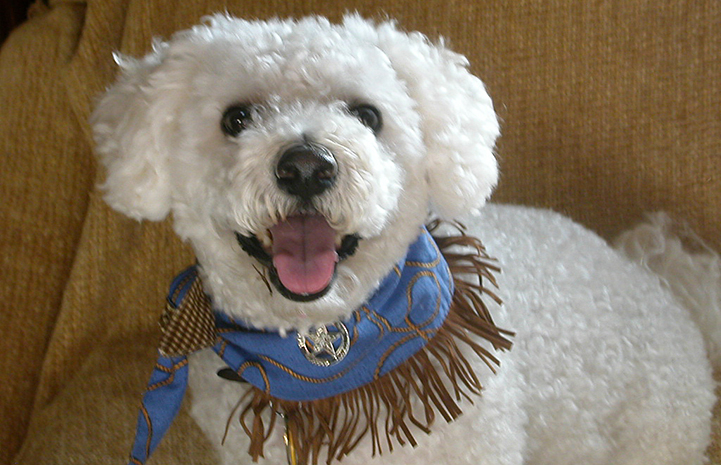 Dianne knew that baking the cookies (created from an irresistible mix of coconut, chocolate chips, pecans and oatmeal), selling them and donating the money to a good cause would be the perfect way to honor his service.

Once Dianne started baking, she enlisted the help of Gary Hoffman, owner of a local feed store. He agreed to help her sell the cookies at his store, while a local vet also offered to help. Both businesses were happy to sell the bags of cookies bearing Cowboy’s picture and with each sale include information about Best Friends. With each cookie sale, Dianne was also helping to spread the word about Best Friends’ mission. 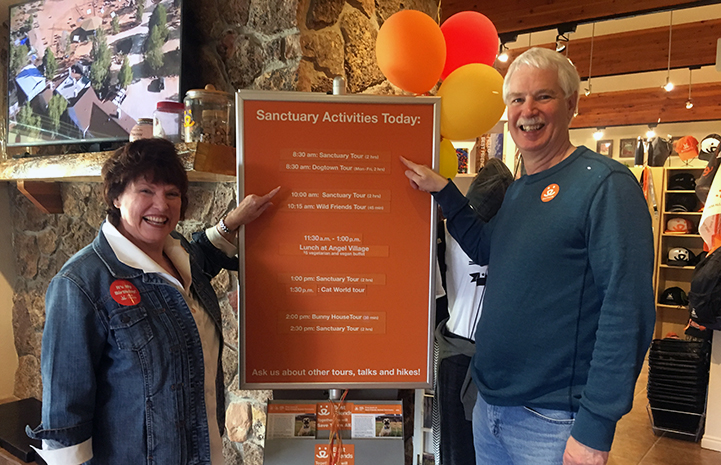 Dianne’s original goal was to sell enough cookies to donate $250 to Best Friends. But soon she found that her cookies were selling very well. People were more than happy to purchase the scrumptious treats. And the fact that they were contributing to a good cause was the icing on the cake — or rather, on the cookie.

In 2016 over the course of about seven months, Dianne spent hours in her kitchen and baked more than 800 cookies. The effort paid off in a big way. She quickly passed her original goal and kept going until she had raised $1,000. Dianne mailed the check to Best Friends and was thrilled that her donation qualified her to become a Best Friends Golden Circle member. Being a member made her even more excited to spend her 2017 birthday at the Sanctuary, but before she had a chance to do that, Hurricane Harvey hit Houston.

Dianne’s daughter, Shellye, and her wife, Tina, reside in Houston and spent a few weeks volunteering with Best Friends at NRG Arena. Meanwhile, Dianne supported the efforts by helping to get food for the Best Friends staff and volunteers. She contacted an acquaintance in the food business who agreed to supply volunteers with some meals. 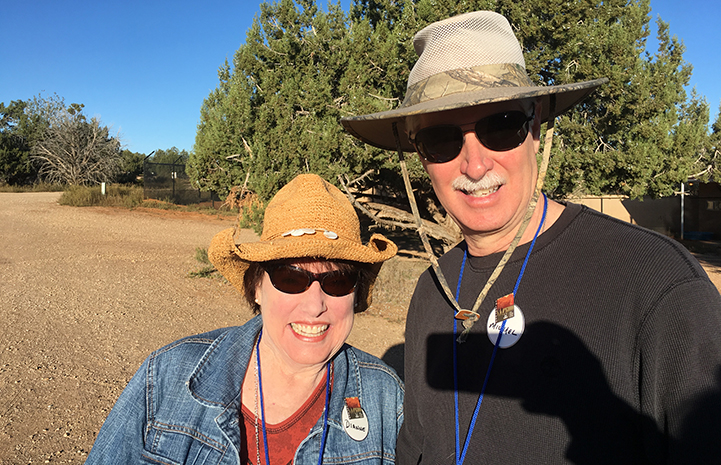 Finally, a trip to the Sanctuary

After Cowboy passed away in July of 2017, Dianne made her first trip to the Sanctuary with her family by her side. “When she raised her desire to vacation (at Best Friends) for her birthday, we jumped on it as something that we all really wanted to do and support,” says Shellye.

While Dianne enjoyed a well-deserved birthday celebration at the Sanctuary, she had come to Best Friends to lend a hand as a volunteer. And volunteer she did — at Dogtown, the Bunny House and Cat World. She found it impossible to choose a favorite animal, area or volunteer job, because she loved them all so much.

“It’s a great thing to work with the animals here, and I appreciate the opportunity to help them in any way I can,” Dianne says.

As a Golden Circle member, Dianne also had the chance to meet a few of the founders of Best Friends. “They had the vision, they made the vision work and now look at how it helps all the animals,” she says. 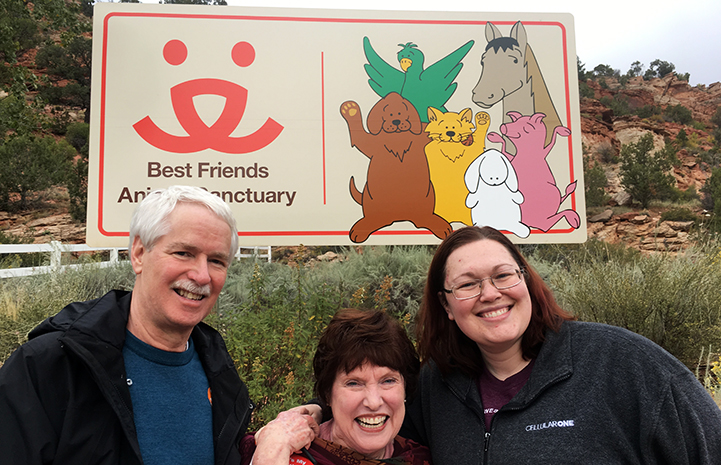 A better world through kindness to animals

Now that she’s back at home in Texas, Dianne is continuing to spread the word about Best Friends. “​I want more people to visit the Sanctuary to understand what (Best Friends) is about,” she says. “My friends told me that once I came here, my life wouldn't be the same, but it would be better.”

Whether it’s through baking dozens of cookies, volunteering with animals or spreading the word about Best Friends, Dianne is helping to Save Them All.

How you can help Save Them All 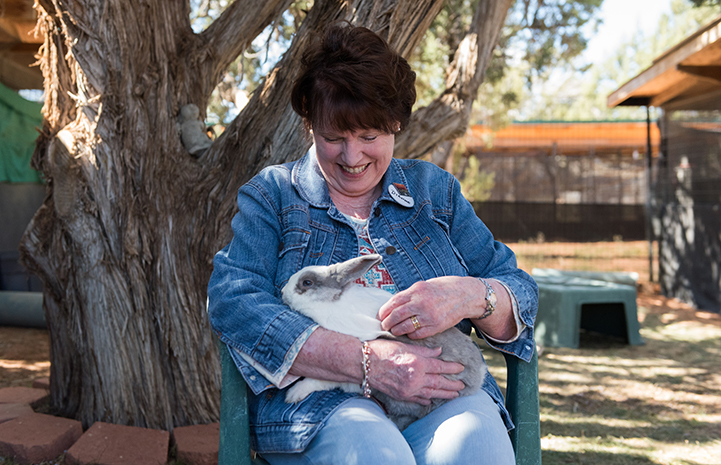