For this adopter, the older the dog the better

Image
This adopter had one rule: no puppies! For her, the older the dog, the better. Read how she found the perfect senior dog to adopt.
By Nicole Hamilton

Debbie Ford loves puppies (who doesn’t) and over the years she’s fostered countless wiggly little ones in her home, where she helps to get them housetrained and socialized. It’s loads of fun, incredibly rewarding and full of adorable moments, but it’s also a 24/7 messy affair — which is why, when it came time to adopt a dog, Debbie had only one rule: no puppies.

For Debbie, the older the dog, the better. She liked the idea of adopting a mature dog who could settle into life with her quickly, and since it often takes longer for senior pets to be adopted, the idea made her feel good, too.

So, Debbie visited the NKLA Pet Adoption Center, where she met many older dogs, including a senior pit bull terrier  named Adonis, who promptly sat on her in the meet-and-greet room. That’s right — not next to her, but on her. And if Debbie needed a sign that Adonis was the one for her, that was it. (Although who can resist a dog named after the Greek god of love and desire?) 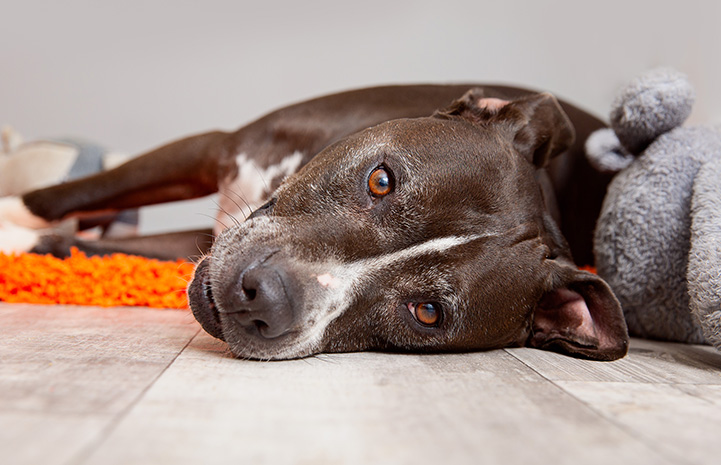 Adonis first came to Best Friends about seven years ago from a Los Angeles city shelter. He was soon adopted by a family who loved him deeply. But when life unfortunately threw some big challenges their way, they made the difficult decision to return him to Best Friends.

Just as he did when he first came to the center, Adonis charmed staff and volunteers with his gentle and kind personality. Lori Fusaro, photographer for Best Friends in Los Angeles, was especially smitten. In fact, Adonis became one of her favorite dogs to photograph, mostly because he let her dress him up in everything from shades to sweaters. He was even featured on a billboard.

Lori says Adonis was also the perfect model because he was always patient during the shoot. Usually, while she was setting up everything, he’d find a nice place to rest. (Models do need their beauty sleep.) Then, when it was time for him strike a pose, he’d sit and stay relaxed and poised in front of the camera until she was ready to wrap it up.

Lori even introduced Adonis to her niece and nephews one day when they stopped by to see her at work. “It was so sweet seeing him interact with kids,” says Lori. “His handsome face would light up and he would let the kids pet him, kiss him and hug him.” 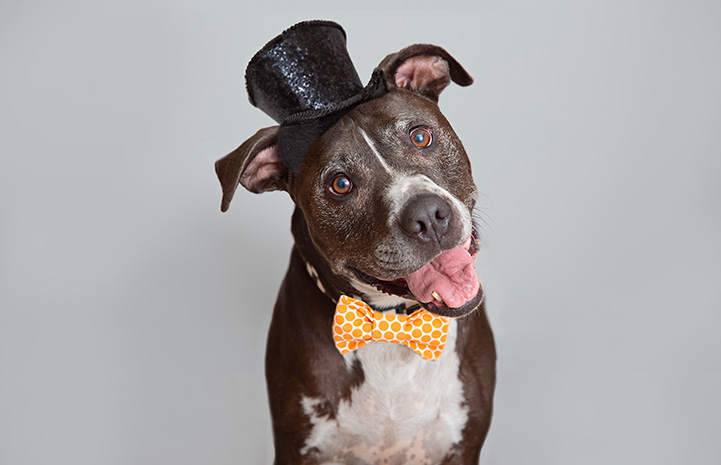 The day Debbie came to the adoption center, there were many dogs to choose from, but it was Adonis who caught her attention — even before she got to know him better in the meet-and-greet room. “He was in his bed in his kennel, and when I called him he happily came to the door to visit,” says Debbie. “I immediately took a shine to him.”

Adonis then sealed his good fortune by settling on her lap. “I loved that he had no sense of personal space,” says Debbie. And after she heard how Adonis had been returned to Best Friends, her heart went out to his former family almost as much as for Adonis himself.

“He’s a great family dog and deserved a home again,” says Debbie. “I met a lot of great senior dogs that day, but Adonis was the one.” 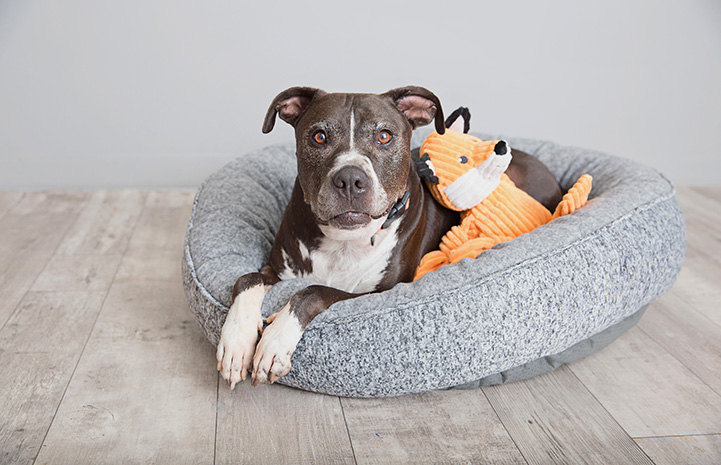 You can teach an old dog new tricks

Debbie says Adonis is loving life these days. “He’s a very happy, friendly boy and a real people-pleaser.” She says he even knows the sound of the home security device that beeps every time someone walks up the driveway. Whenever he hears it, his tail starts to wag.

After bringing Adonis home, Debbie learned right away that he’s a very smart guy. “He had some good training in his prior home,” she says. “He sits, stays and shakes hands, and is always on really good behavior, especially when a treat is involved. Don't believe the old rumor that you can't teach an old dog new tricks. He knew his new name in four days.” 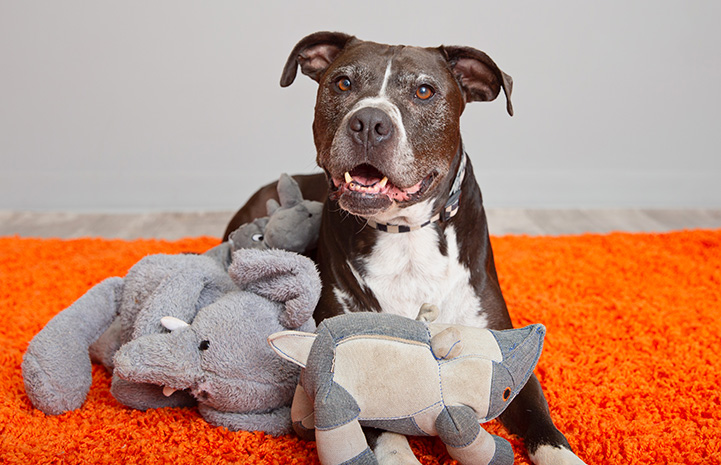 Such a happy soul

With age comes wisdom, calmness and the kind of poise puppies have yet to master. But Adonis, who now goes by Zephyr, still has plenty of youthful energy and can get around just fine. In fact, he’s getting Debbie out on the daily walks that she missed when her previous dog was in poor health. “I’m very happy to be out there strolling my neighborhood again,” she says. “And that’s as good for my health as it is for his.”

As for those considering adopting a senior pet, Debbie says go for it. “Older dogs tend to be more settled, so they're more ready (than puppies) for training and fitting into your home or schedule. And they won’t chew your furniture.”

Of course, a huge bonus to any adoption — whether a dog is 10 months old or 10 years young — is how much they'll make you smile. “He is such a happy soul. I think I laugh a lot more than I’ve done in a while,” says Debbie. “My family and I are overjoyed that he is part of us. It feels like he's been here forever."