Every night, Hansel walks the aisle at a horse barn in Moorland Park, located just outside Los Angeles, where he keeps a watchful eye on things. He’s one of the dressage barn’s hardest and most dedicated workers, and he loves his job. That’s one great thing about hiring a cat: He’s not working for the weekend, although he wouldn’t turn down a treat every now and then.

Hansel is part of the Best Friends working cat program in L.A. Through the program, cats not adopted as cuddly pets are brought from one of six city shelters to the Best Friends Pet Adoption Center in Los Angeles. Many of those cats have gone on to homes where they’re comfortable and loved (often at a distance) through The Paw Mission’s Rodent Ranger Cat Team initiative. The partnership between the center and The Paw Mission is directed at saving healthy homeless cats who wouldn’t do well in homes but would thrive in enclosed spaces such as barns, garages and warehouses.

“I can't stress enough just how immense of an impact The Paw Mission is having on Best Friends' ability to save the lives of what one could consider the most marginalized cats entering shelters in Los Angeles,” says Liz Anderson, cat care lead at the center. “Our partnership with The Paw Mission has saved hundreds of cats who otherwise never would have had a chance.”

These are cats who arrive at the city shelter unsocialized to people and aren’t going to get picked by a family wanting a lap cat. And if they were picked, they’d be terrified living so close to people. To date, the partnership has saved nearly 245 cats by providing them with safe places to call home.

A program for cats not wanting to live in a house 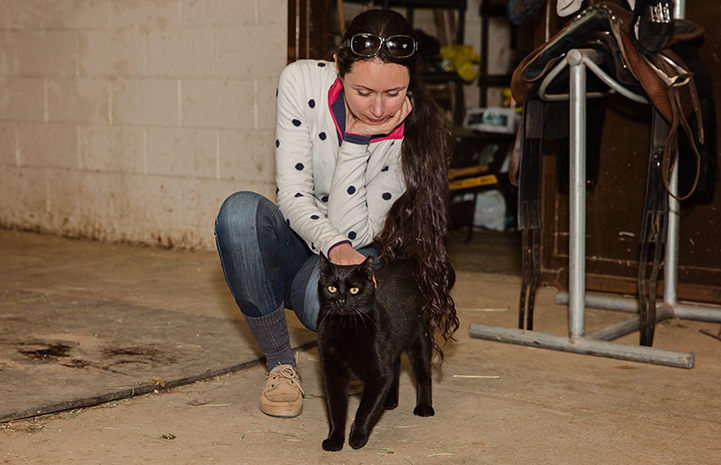 Jessica Lopez, executive director and founder of The PAW Mission, first reached out to Best Friends about a year ago when she launched the Rodent Ranger program for cats. The team at the center immediately recognized the potential to place many more cats, and soon began collaborating with The Paw Mission on what has become an extensive and successful working cat program.

Word spread fast about adopting cats for barns, warehouses and other nontraditional homes, and the Rodent Ranger program grew quickly. 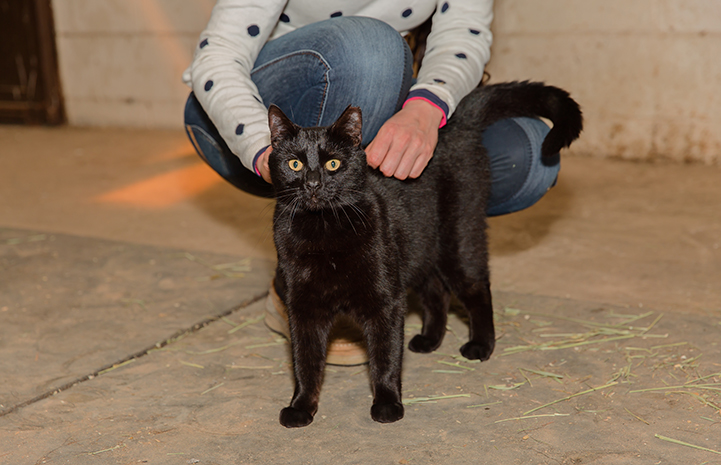 When Jessica receives requests from potential adopters, she shares them with the Best Friends staff, which selects the cats best suited for The Paw Mission. There are many factors involved in the selection process, including the staff noticing any signs that the cat has lived with humans before, and factoring in how long the cat has been at the center.

“Jessica does an incredible job of matching cats up with the most suitable homes. We often have cats that have obviously lived around people and enjoy following humans around; they just can't be touched or handled, because they weren't exposed to human touch when they were young kittens,” says Liz. “She makes sure these cats are placed with individuals who will appreciate some degree of interaction with their new cats.”

Cats are spayed or neutered, vaccinated, given flea prevention and microchipped before they go from Best Friends to The Paw Mission. Then, on the big day when they leave the center, the working cat team puts selected cats into a transport carrier and prints their medical records. The Paw Mission picks them up at Best Friends and delivers them to their new homes — a bonus considering the busy Los Angeles freeways.

Find a working cat program near you

How a working cat became part of the family 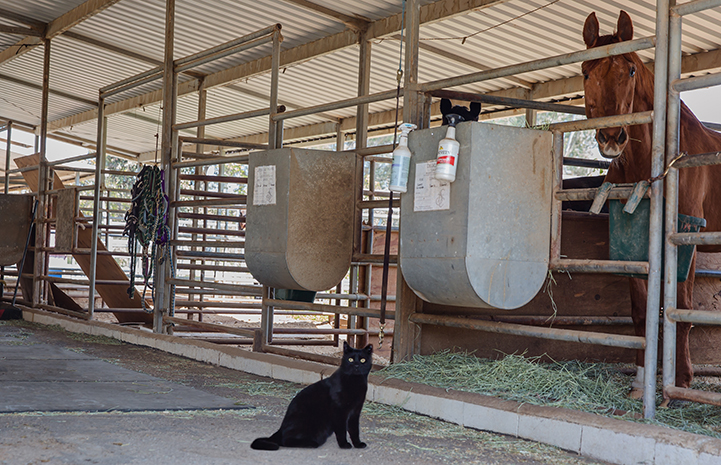 When Andreena Flores noticed evidence of mice in the stables where her dressage horses live, she decided to adopt a barn cat. She read about working cats online and learned about The Paw Mission’s Rodent Ranger program. After talking to Jessica, she applied for a cat and Jessica brought Hansel out to the barn to see if he was the best man for the job.

Turns out, he was. In fact, it took just a few days for Andreena to notice there were no more signs of rodents in the stables. Since Hansel has been on the scene, there’s been nary a mouse in sight.

When Hansel first arrived, he kept his distance. “He was pretty scared,” says Andreena. “But now he’s so friendly. He loves sitting on my lap. He’s come a long way.” 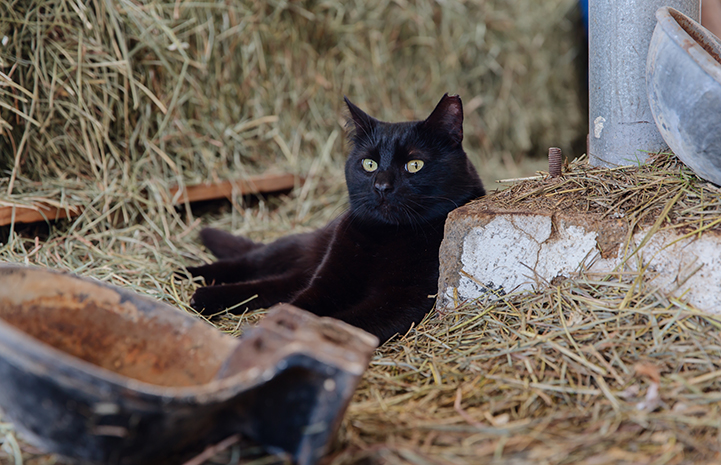 These days, when Andreena comes by to feed the horses, Hansel runs down the aisle to greet her and keeps her company by conversing with his unique meows. He’s even made friends with her three dogs and the horses.

“He doesn’t leave the barn. It’s like he owns it, and he protects it,” says Andreena. “But Hansel is also a part of the family now. He’s a lucky cat, and he’s doing a great job. We are lucky, too.” 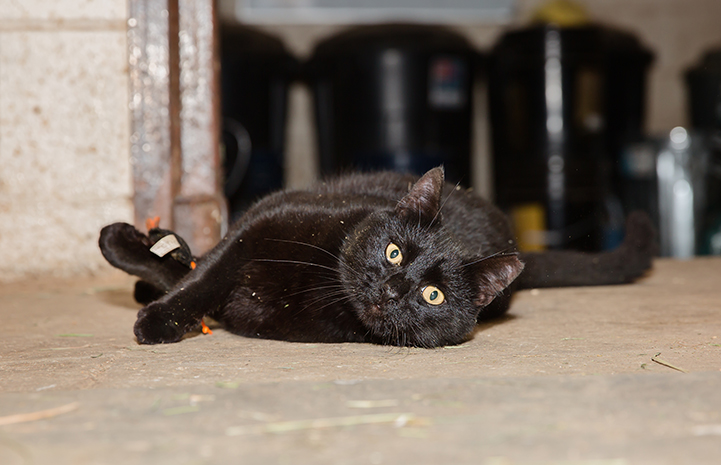