Akita-mastiff mix is a hero dog

Image
Akita mix dog rescues his best dog friend from danger. Hero dog then gets training help so he can be adopted, too.
By Christelle L. Del Prete 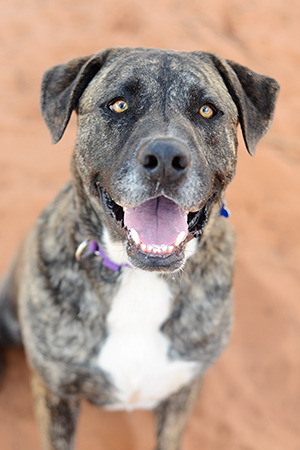 Champ didn’t get his name by chance. A heroic act made him a real champion to a friend in a desperate situation, but then the hero dog needed a little help maintaining his good image and reputation after he went to a shelter. That’s why he came to Best Friends.

The five-year-old Akita-mastiff mix was found wandering around with another dog in Snow Canyon State Park. Park rangers tried to catch the two dogs to bring them to safety, but the dogs were afraid and evaded the rangers every time. They might have lived life on the lam indefinitely, but disaster struck. The two dogs were caught in an avalanche, and Champ's dog friend was badly injured. That’s when Champ set aside his mistrust for people and did what he needed to do to save his friend.

Although he had spent months fleeing from park rangers, Champ traveled for miles to find one of the rangers and bring him all the way back to his injured friend. Finally, the two dogs were rescued.

Champ’s friend underwent emergency surgery and, after he recovered, was adopted almost immediately. You might think the same would happen for a dog who was as brave as Champ had been. But he languished at a small rural shelter for a whole year.

That’s because in addition to being a very large dog at 90 pounds, Champ exhibited barrier reactivity behavior in the shelter. Also called barrier frustration, the condition causes a dog to act aggressively when confined behind a barrier, such as a gate, fence, crate or car window.

Champ didn’t really want to hurt anyone. But because he would bark, jump up, and sometimes even show his teeth, he could look very scary through the gate when new people walked down the shelter hallway. When he was barking and lunging at his gate, it was nearly impossible to imagine him as the softhearted hero he really is.

Champ needed help. He was never going to find a home with behavior that made people think he just wanted them to go away as quickly as possible. So the small shelter where he lived after his heroic act contacted Best Friends for help, and soon Champ was on his way to the Sanctuary, where caregivers could help him overcome the one thing standing between him and a home. 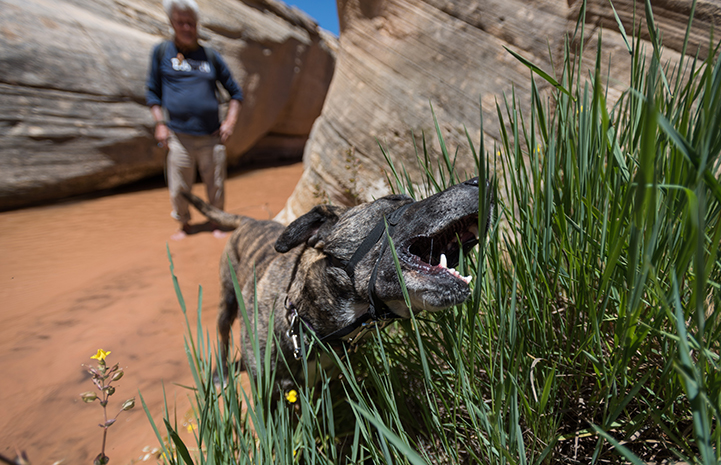 Barrier aggression in dogs is not uncommon, and Dogtown caregivers have plenty of experience helping dogs overcome it so they can find good homes. The first step in Champ’s training at the Sanctuary was for caregivers to develop a strong, trusting relationship with him. Once Champ accepted someone as a friend, he no longer felt the need to bark or lunge at his fence whenever they came near it.

When Champ was comfortable with his caregivers walking up to the gate, they started walking up to give him treats, one at a time. They gradually increased the number of people approaching his gate each time. And they would often walk up to Champ’s gate with new people as a way of telling him, '”Hey we like these people. So you should too.”

Eventually, Champ got so good at the game that his only reaction when small groups of people walked up to him would be a friendly wag of his tail. He’d even let them into his room so he could get love and attention. Pretty soon, he began looking forward to visitors. Now he’s more likely to whine or let out an excited "Woo-woo" sound when people approach his area. 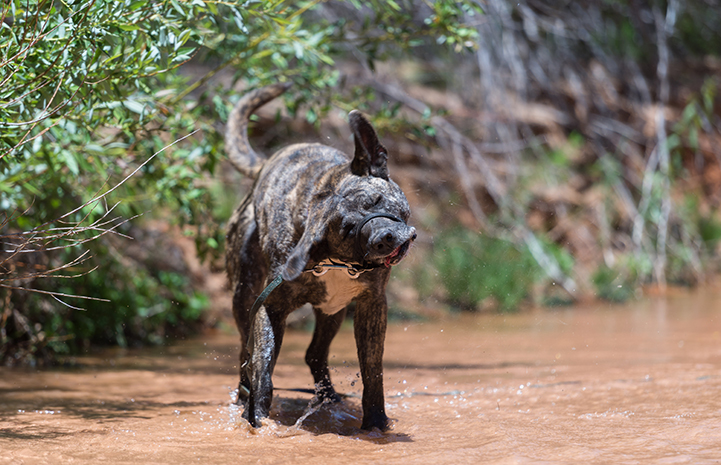 Though barrier reactivity had once ruined Champ’s chances of finding a home, he’s made a complete turnaround. Dogtown caregiver Tierney Sain says, “He thinks all people are awesome now, because they bring great things with them, like treats, love, belly rubs and attention.”

While Champ is still waiting for his next grand adventure — a home of his own — he’s happy to call the Sanctuary home until that day comes. In the meantime, he’s practicing for the real thing and spends his time going on lots of outings and sleepovers with Dogtown volunteers. Now that he’s been able to shed his tough image and people can see him as the gentle giant he truly is, Champ has the loyal friends and fans that every hero deserves.

Help bring hope and healing to more animals like Champ 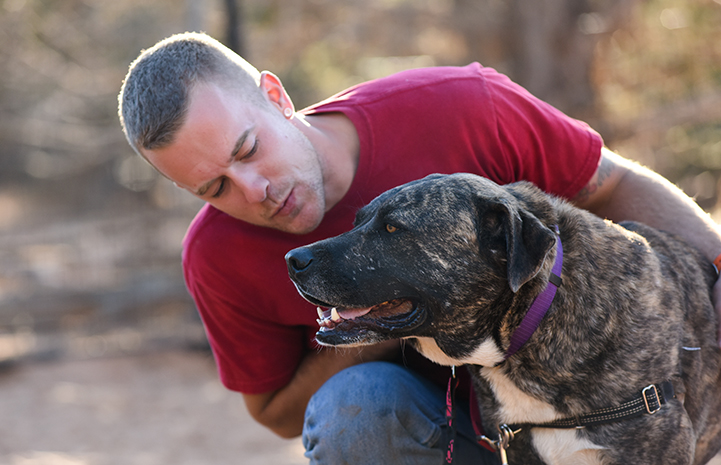