Baby horse photos: Get caught up in the cute

Image
See cute photos of a baby horse (foal) named Prince who was orphaned, but is being taken care of at Best Friends Animal Sanctuary.
By Molly Wald

Prince was a seven-day-old newborn baby horse when he arrived at Best Friends. His mother had rejected him at birth, and the foal rescue needed round-the-clock care in order to survive, including feedings every two hours.

In this photo feature Linda Meadows, his caregiver (pictured), describes what it was like during that time. She slept on a cot in the Horse Haven office while caring for Prince. She got up every two hours, winced at the brightness of the fridge light as she prepared his special milk formula, and went outside to feed the colt. 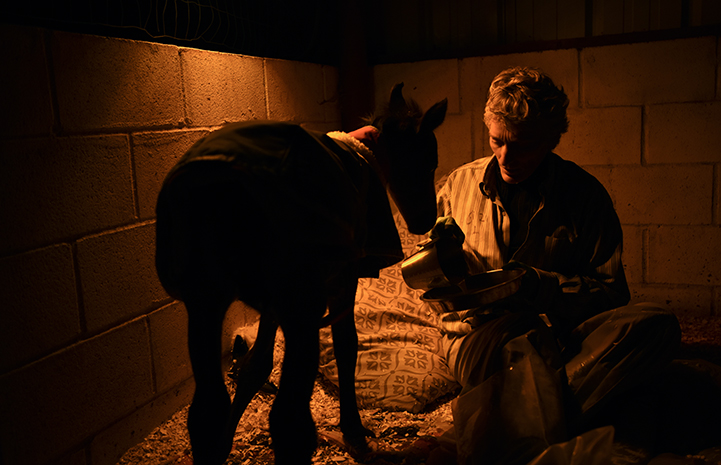 “He would stand out there, pacing, waiting for his milk to come at certain times,” says Linda. “You could see him out the window while you’re waiting for the milk to heat, and you could hear his little nickers just calling for you.” 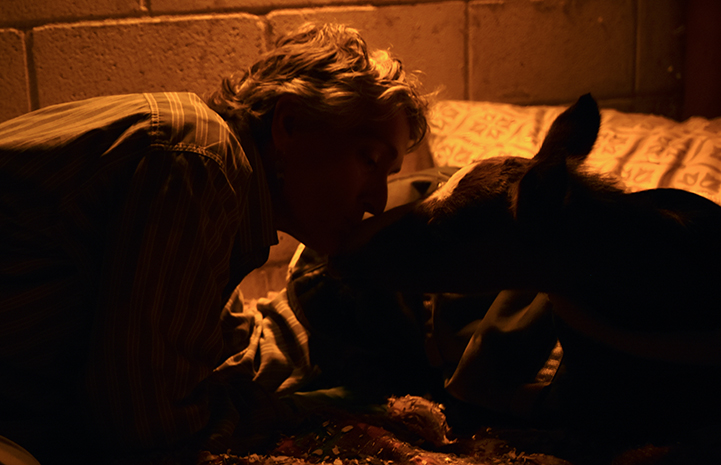 “The first few nights, you know, he was alone. It was us. We were his nurturing mother. I think we admittedly and allowably gave him a little more the first few days, when he was so alone and so young. We wanted him to feel loved and safe.” 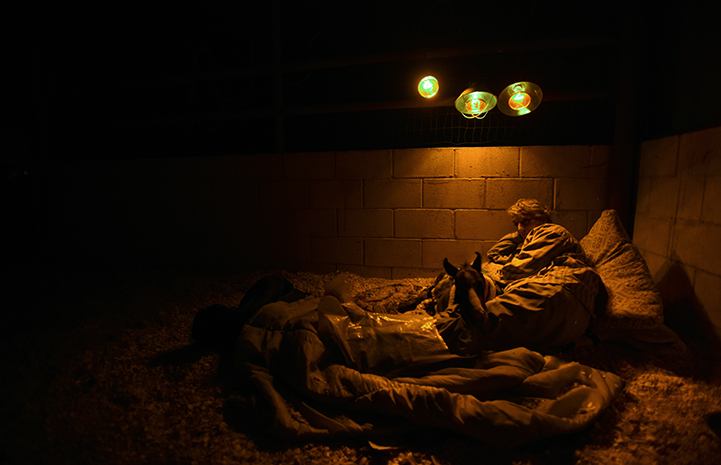 “We didn’t just throw him out under the heat lamps and leave him to himself. We hung out longer periods of time and snuggled with him.” 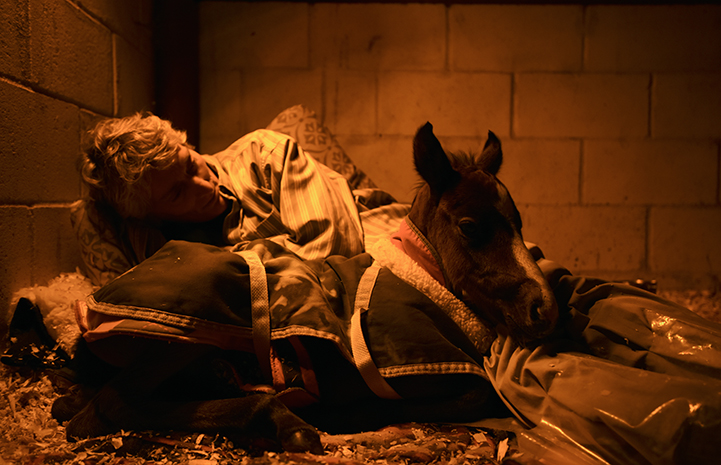 “I felt amazed — first of all, that you could be so wrapped up with him. You could cuddle him. He laid beside you. It was just this life force that you knew was going to grow up so powerful, but at this point he’s so fragile and he’s so cuddly and he’s so tiny. Just tiny!”

Well, it’s four months later and Prince has definitely started to grow up. 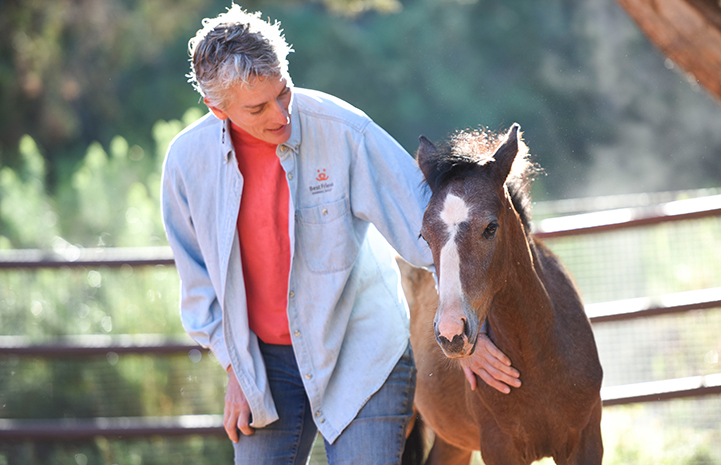 Linda still cares for Prince every day at work, and they continue to have a close relationship. “He is a character and a half. He is full of himself, and not afraid of anything.” 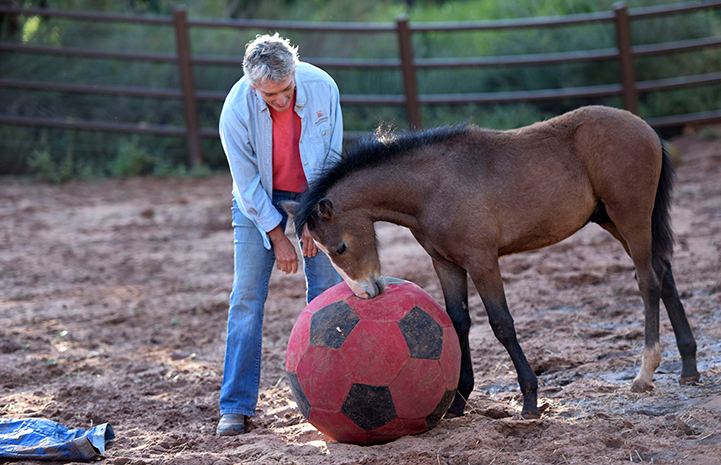 They love to play with the ball and the tarp. (And can you guys get over how big he is getting?!) 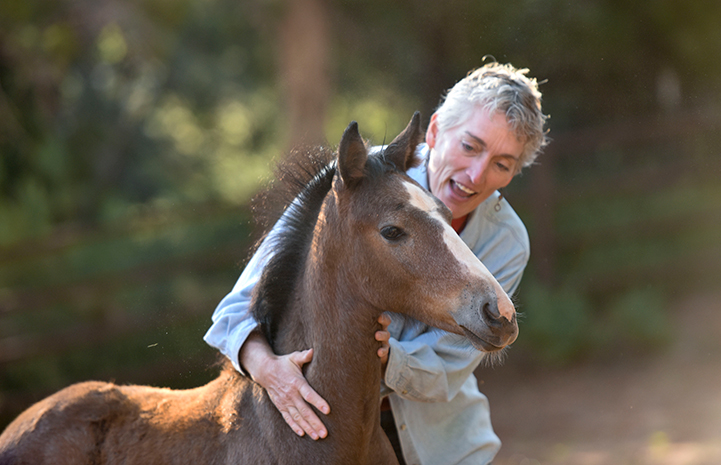 And of course, they still love to snuggle.

Learn more about Prince and follow his ongoing story