In case you missed it over the weekend, the clinic at Best Friends Animal Sanctuary and some very special patients were featured on “Animal ER Live” on the National Geographic Wild television network. The show goes behind the scenes at animal hospitals around the country to follow animals who need help right away.

The Best Friends clinic in Kanab, Utah, is one of seven locations included in the new show.

If you weren’t able to catch the first two episodes of “Animal ER Live,” here’s what you missed from the segments about Best Friends.

Removing porcupine quills from a dog 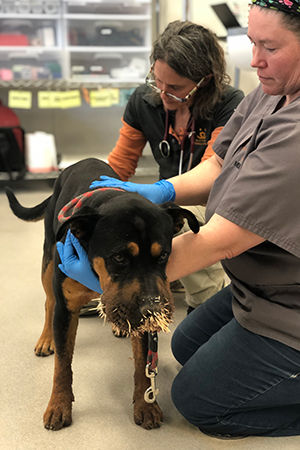 Buzz and Blaze were brought to the clinic after a run-in with a porcupine. Blaze had a few quills to remove, but poor Buzz got the worst of it. His entire muzzle and the inside of his mouth were covered in embedded quills. He needed help — fast.

Dr. Patti Patterson explains that because porcupine quills are barbed, they are difficult and painful to remove. Dr. Patti and a team of vet techs anesthetized Buzz so that they could immediately remove as many of the quills as possible.

Buzz stayed at the clinic because he needed two additional sessions to remove more quills. But he’s looking and feeling much better now and will soon be going home again with his family.

Boxer with a cleft palate 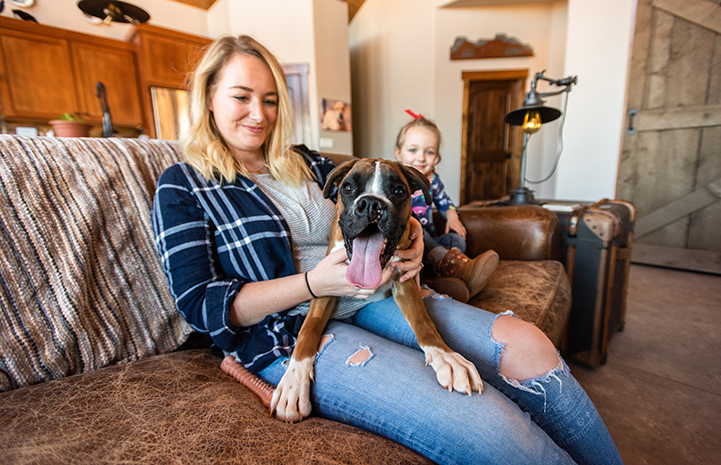 Taco, a boxer, has grown up at Best Friends ever since he arrived as a newborn puppy with a big problem. Because he was born with a cleft palate (hole in the roof of his mouth), it was impossible for him to nurse or drink from a bottle. He’s more grown up now and doing great with Erin Menard, his foster mom. But she brought him to the clinic when she noticed something new — bouts of sneezing.

Dr. Greg Closter, who examined Taco, says that food can become lodged in the hole in the roof of his mouth. After sedating Taco to get a better look, the team confirmed this was the case. The removal procedure, which didn’t take long, was also a good opportunity to see if the hole was closing up. Dr. Greg says that Taco is doing great overall, but his cleft palate hasn’t grown together, so further surgery is in the pup’s future. More about Taco from when he first arrived as a puppy.

You can watch “Animal ER Live” on Nat Geo Wild Saturday and Sunday nights at 9 p.m. Eastern time, through April 21.