Rescued by the Humane Society of El Paso, two abandoned dogs, who were thin and suffering from health problems, provide love to one another.
By Arin Greenwood

Best Friends has network partners in every single state, and all of them are saving lives daily. We never get tired of hearing their stories, and that’s why we want to share them with you, too. So today, we're proud to present one from the Humane Society of El Paso in El Paso, Texas.

Clover kisses her brother Crimson nonstop. She's done it ever since the two dogs were brought to the Humane Society of El Paso in Texas last December, and she hasn't stopped. But the meaning of the kisses seems to have changed with time. 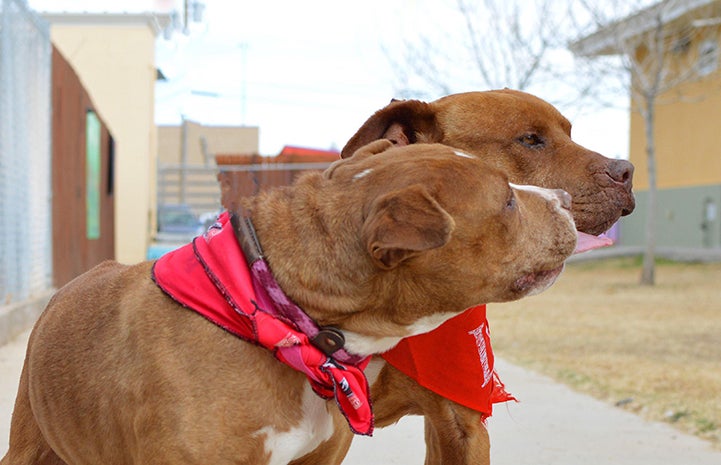 When they arrived, their bodies and spirit seemed broken. Back then, when Clover kissed Crimson, it looked like she was comforting him, says Luke Westerman, the shelter's executive director. "I think her kisses soothed him and reminded him that he wasn't alone, and vice versa."

After several months in the loving care of shelter staff, Crimson's kisses now seem to express relief and happiness. "It both broke and warmed my heart to see their bond expressed in such an earnest and pure fashion," Luke says. 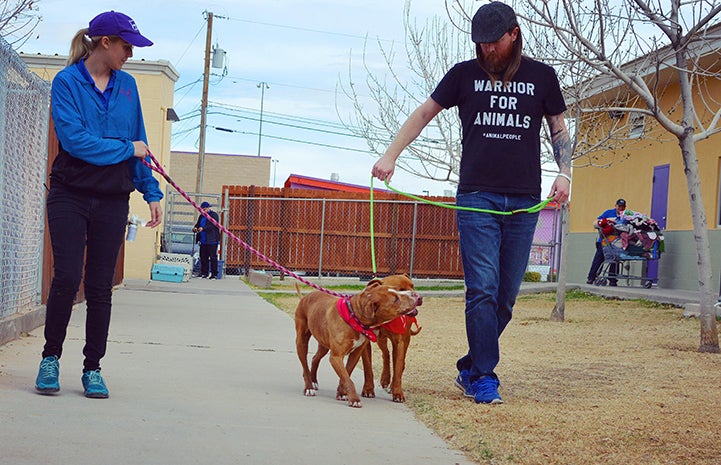 Crimson and Clover were rescued from an abandoned house after being left behind when their former owners moved. Based on how thin the two dogs were, it appeared as though they had been alone and starving for some time. Luke estimates it had been a month since they'd had a meal. On top of that, Crimson's teeth were broken, Clover's eyes were damaged, and she suffered from colitis.

Crimson and Clover seemed not only sick and weak, but also defeated. "They seemed to not have any joy left after the life of severe neglect they suffered. The light inside them had nearly been burned out," Luke says.

Humane Society of El Paso staff set out to get Crimson and Clover healthy and well. The dogs got medical care, lots of good food and, as Luke says, “were showered with attention and affection from staff and volunteers."

They responded quickly, soaked up all this love and, within about a month, their health also improved. 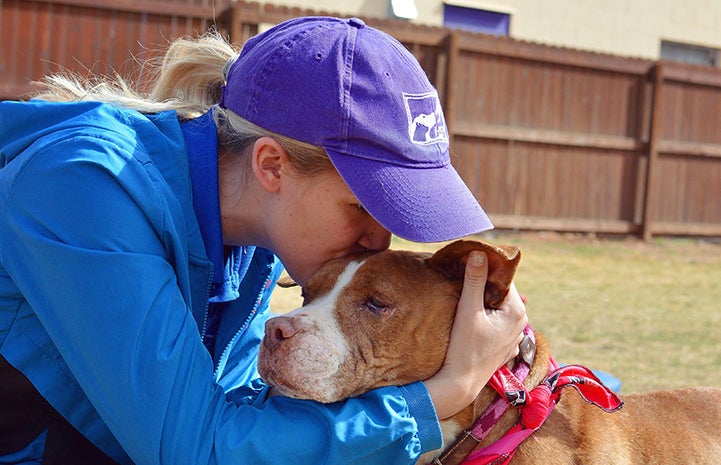 "They are completely different dogs," says Luke. "They have pep in their step, smiles on their faces and they are hopeful and optimistic about life — probably for the first time since they were puppies. They know they are safe and loved, which gives them the confidence that happiness and security brings."

Luke says he notices the dogs’ feeling of safety in the kisses Crimson gives to Clover. "Clover kisses her little brother every chance she gets," Luke says. "Instead of distracting him from their shared misery, her kisses seem to say 'It's OK, little brother. We’ve made it.’” 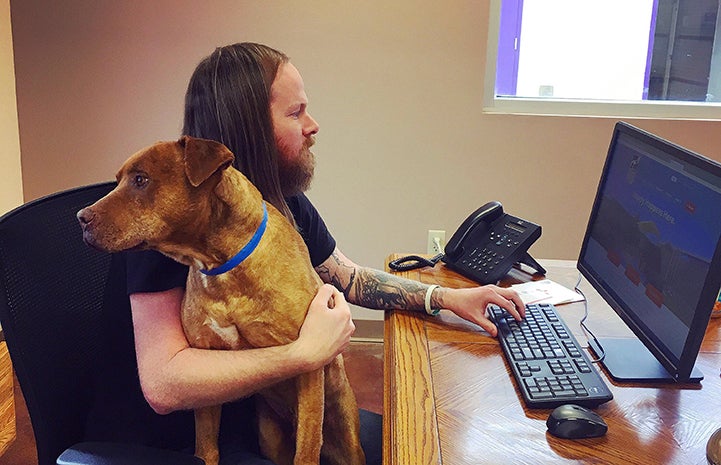 Looking for a happily-ever-after

Luke says the goal is to find the dogs a loving home where they will be "treated like royalty." Given their bond, he wants them to be adopted as a pair because they have been through so much together. “They deserve to live the good life together," he says.

Luke is deeply moved by the affection between Crimson and Clover and by the trust they seem to have for him and his staff. A dog’s essential nature is to be forgiving, loving and trusting toward people, he says.

"Even though humans did unspeakable harm to them, they gave us the benefit of the doubt that we were different,” he says. “And we've loved proving them right. It's time for us to come together to ensure the next chapter of their lives makes up for the first one. To me, nothing is more important." 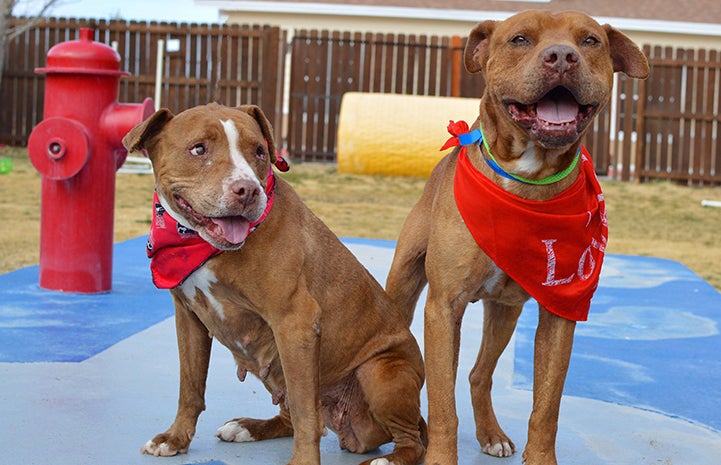 Photos courtesy of the Humane Society of El Paso