Image
On a road trip, a family finds a six-week-old kitten trapped in their car's wheel well. They bring the little ball of fur to the Sanctuary for help.
By Christelle L. Del Prete

Imagine you’re driving through the beautiful Southwest on a family vacation. On the way to Zion National Park in southern Utah, you make a quick stop in Flagstaff, Arizona, and then another just over an hour from Best Friends Animal Sanctuary. This time when you park the car, you hear a strange sound — a kitten’s frantic crying — and you think: What in the world is happening?

Rescuing a kitten trapped in a wheel well

That’s exactly what happened to a visiting Pennsylvania family that followed the meowing sound and found the kitten trapped in their car’s wheel well. They rescued the frightened baby cat, but fearing that she’d been injured, they brought her in for emergency treatment at the Best Friends Animal Clinic.

Despite what must have been a scary and dangerous ride, the six-week-old kitten with the name “Xactly” was in amazingly great shape, except for a couple of ticks that had to be removed and some minor burns on her paw pads. After treatment, she settled in comfortably at Cat World and was there for only four days before meeting the person who would take her on her next big adventure. 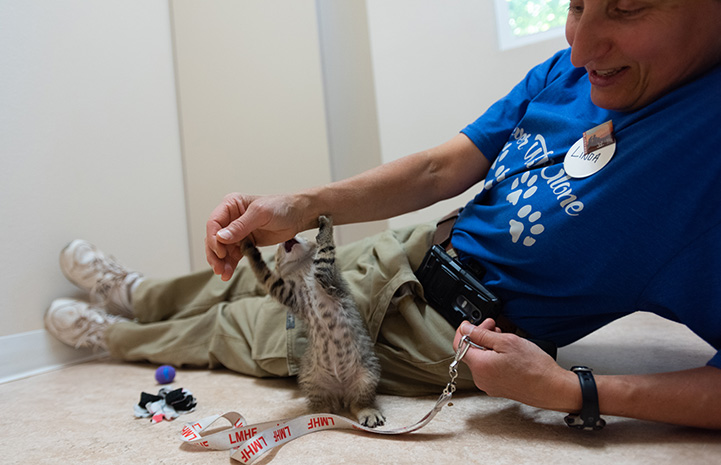 Linda Gregori and her cousin, Diane, were attending Best Friends’ How to Run a Sanctuary workshop, and after it ended they stayed on for a few days to volunteer with the animals. When the cousins checked in for a volunteer shift at Cat World, they offered to do whatever most needed to be done. That day, a few kittens were in need of some cuddling and socialization, so the women were “hired” as official kitten-cuddlers. “Wow, what a fun experience,” says Linda. 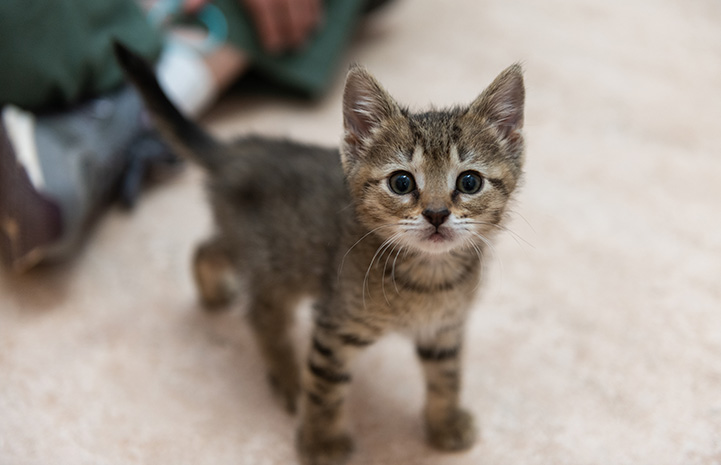 Xactly was one of the kittens who needed some snuggling, and Linda’s first impression of her was “tiny but feisty.” And once Xactly made that impression, she wasn’t about to let Linda forget her. When Linda sat down in front of her enclosure, Xactly reached out and grabbed her shoulder. It was a good move, Linda says. “That was the reason I thought of adopting her.” 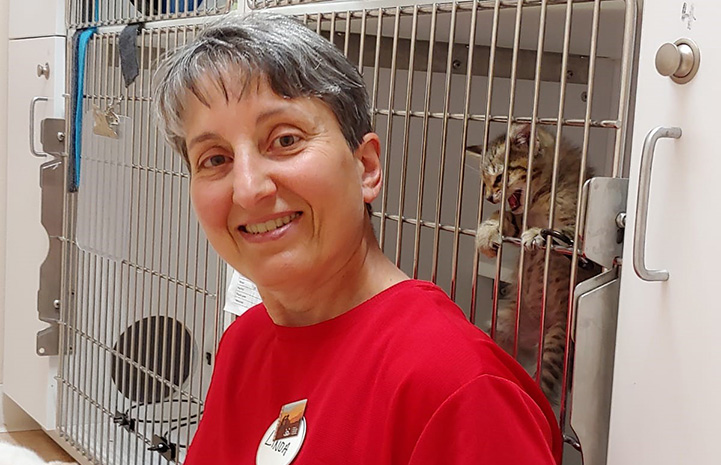 Kitten’s life on the road ends in new home

When Linda’s cousin discovered how cuddly a kitten named Watermelon was, she also started thinking about adoption. And when she decided she could not separate Watermelon from her brother, Wonderful, she decided to adopt them both. They arrived at their new homes in New York on the same day that Xactly (now spelled Exactly) did.

Exactly now has her own room and is slowly getting to know Linda’s other cats and dogs. At night, she likes to sleep curled up under Linda’s neck, and during the day she loves climbing on all the cat trees and playing with her toys. At three months old, Exactly is quite a well-traveled kitten, but unless Linda decides they are moving, it looks like her days on the road are over. 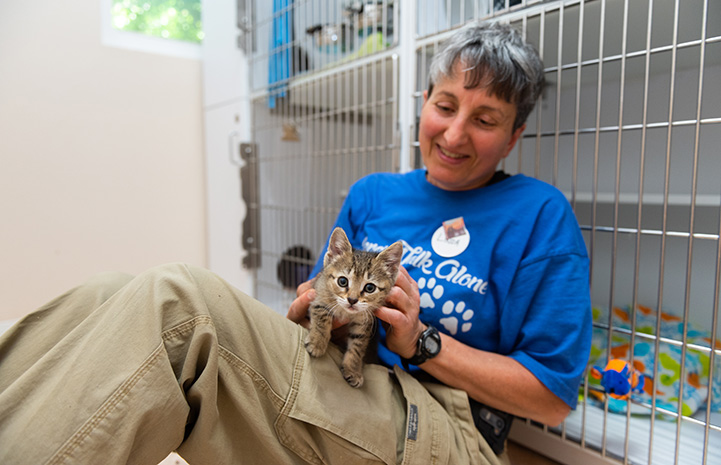 Photos by Kurt Budde and courtesy of Linda Gregori