Caring for the pets of Hurricane Harvey

Image
Spotlight on some of the animal volunteers and Best Friends staff who are helping with rescue efforts in Texas after Hurricane Harvey.
By Heidi Losleben

Hundreds of pets are still weathering the storm after Hurricane Harvey. The animals may be displaced, but Best Friends staff and volunteers from around the country are working hard to keep them healthy and happy until they can be reunited with their families or placed in new homes.

The Pet Reunion Pavilion at the NRG Arena, a joint effort between Best Friends, Harris County Public Health and Houston PetSet, was an empty warehouse just a week ago, and today it is a fully operational animal care center caring for around 500 dogs and cats. To give animals the best care possible while they are with us, Best Friends deployed staff from the Sanctuary and our regional centers around the country. It’s hard work with long hours, but it’s worth every moment. We caught up with just a few of the Best Friends folks on the ground to talk about what it’s been like to care for Houston’s pets, just when they need it the most.

Back at the Sanctuary in Kanab, Tierney is a Dogtown team lead. Just the thought of going to Houston gave her an adrenaline rush. “I wanted to go down there and contribute what I could. I wanted to give the dogs reassurance and let them know that everything was going to be OK,” she said, noting that it’s definitely not an easy job. “I’ve got blisters on every toe, my ankles hurt, my brain is shot, I'm tired, I have banged up knees and I still wanna go back tomorrow. Houston has been good to me, and the dogs even more so,” she wrote in a recent Instagram post. Despite long days and physical aches, Tierney wouldn’t change a thing. “I see a couple of reunions and it gives me the power to continue on.” 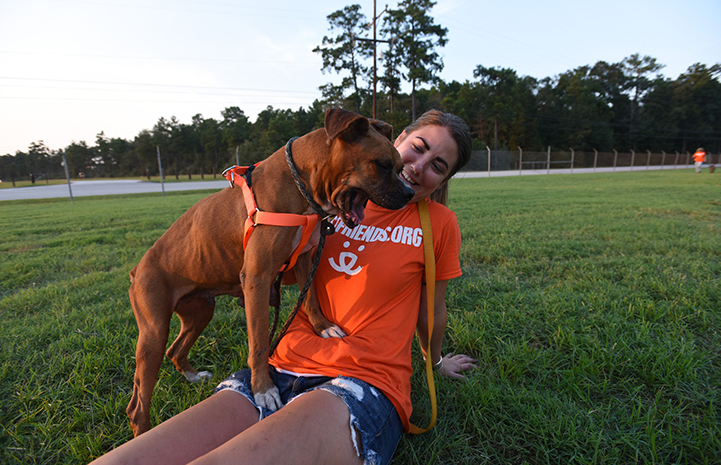 Kriz is a vet tech at  Best Friends Pet Adoption Center in Los Angeles. “When I heard about what was going on in Houston, I immediately wanted to help,” Kriz says. “I knew it would be a great learning experience and leave me with some incredible memories.” She says seeing people come from all over the country to lend a hand in Houston has been amazing. She finds herself drawn to the dogs in the medical isolation area. “Whether they have ringworm, kennel cough or flu symptoms, I like knowing I can help them feel better.” 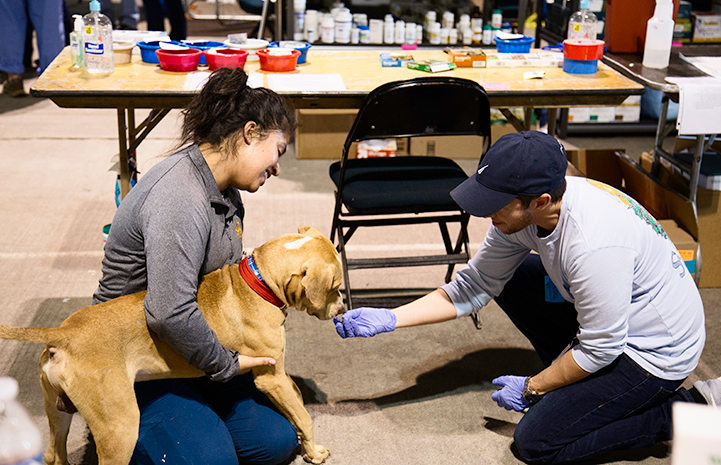 Got skills? We need your help in Houston. Click here to volunteer.

What motivated Jen to come to Houston? Her answer is simple: Best Friends asked. She knew her skills back at the Sanctuary would be put to good use. “I’m good at problem solving. I thought I could make life better for the dogs here and reduce their stress,” says Jen, who has a hard time naming a favorite dog at the Pet Reunion Pavilion. “From tiny little pistachio dogs to big blue mastiffs, I love all of them.” She shies away from actually giving them names (most have numbers to help easily identify them), because they’re bound to change down the road anyway. “I think as long you refer to them endearingly, they don’t care what you call them,” she says.

One of Heather’s favorite books is Out of Harm’s Way. The book, which centers on animal rescue, inspired Heather to follow a similar path as a caregiver at Best Friends Animal Sanctuary’s Cat World. “When I heard help was needed in Houston I thought: Dibs. Me!” Heather finds satisfaction in looking after all the cats at the Pet Reunion Pavilion at NRG Arena. “It’s nice to be able to give them creature comforts,” she says. She also takes great pride in what she and her Best Friends colleagues are doing in Houston. “We’re making sure they are mentally and physically OK,” she says.

Originally from Texas, Carrie’s pull to help in Houston was especially strong. “Being aware of the huge need for help drew me here,” she says. Carrie is a community engagement manager for Best Friends and manages the Best Friends Visitor Center in downtown Kanab. She is often the first person people see when they enter the Pet Reunion Pavilion. Her main joy is witnessing the reunions. “Seeing dogs reunited with their families is the best,” she says. She calls her favorite dog at the pavilion “Monty,” since he is originally from Montgomery County. “He was super shy when I first met him, but after I spent some time in his kennel, he curled up in my lap,” she says. 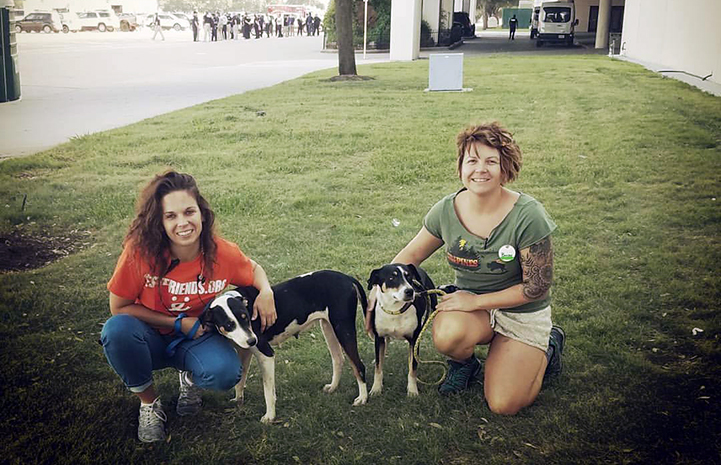 Like many of his colleagues, Rhett didn’t wait to be asked to go to Houston. He volunteered. “I really wanted to go,” he says. Rhett works on the building crew at the Sanctuary and drew on his engineering talents (not to mention spatial skills) to construct many of the kennels at the Pet Reunion Pavilion. The task keeps him busy, but he still finds time to walk dogs. Rhett doesn’t regret stepping up to help. “I enjoy the camaraderie and it’s great to meet people from around the country who are here to help,” he says.

While there’s no question that the animals are the center of attention at the Pet Rescue Pavilion in Houston, there’s an entire team of people behind the scenes helping them shine. 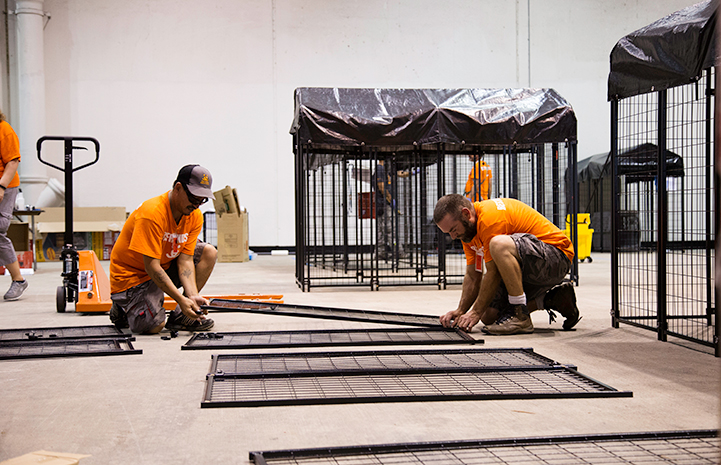