It was at an informational volunteer meeting last spring when Cheryl Collins first realized that skills from her “real job” as a geographic information systems analyst could be a big help at her volunteer job, too. Best Friends and The Animal Foundation were about to launch a pilot program, followed by a full community cat project that would target specific ZIP codes. Maps would be essential to ensure that help reached areas where cats needed it the most.

When Cheryl heard this, she knew she was in the right place — not only because she cares about community cats, but because she spends her days creating maps. In fact, the only thing that comes as naturally to Cheryl as making maps is helping homeless pets.

Cheryl volunteered her skills by going to work on maps of specific areas of Las Vegas and unincorporated Clark County, where the program was needed most. 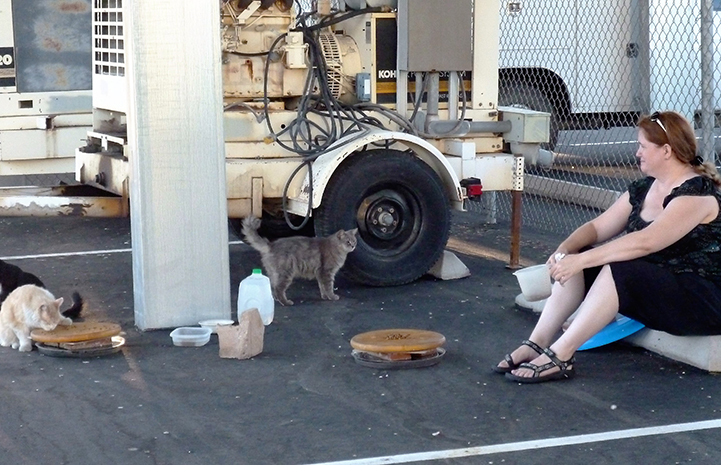 Caring for feral cats with the help of maps

Cheryl’s expertise ended up playing an important part in the success of the community cat pilot program. The maps she created helped the team make the best plan for reaching the most cats, and by the end of the pilot project, more than 1,000 healthy cats had been spayed or neutered and returned to their outdoor homes.

The full-scale community cat project officially launched in April, and since then Cheryl has continued to use her mapping talents to help the program reach its trap-neuter-return goals. She created large wall maps used by staff in the planning of future trapping, made maps of areas where traps have been set, and created Google earth maps so the team can assess areas where community cat colonies have been located.

“She’s just amazing,” says Kirstie James, Best Friends community cat project coordinator in Las Vegas. “Cheryl has a can-do attitude and just genuinely wants to help. The maps are a huge help for us. We use them every day.”

Seeing stray cats? Here’s how to help them. 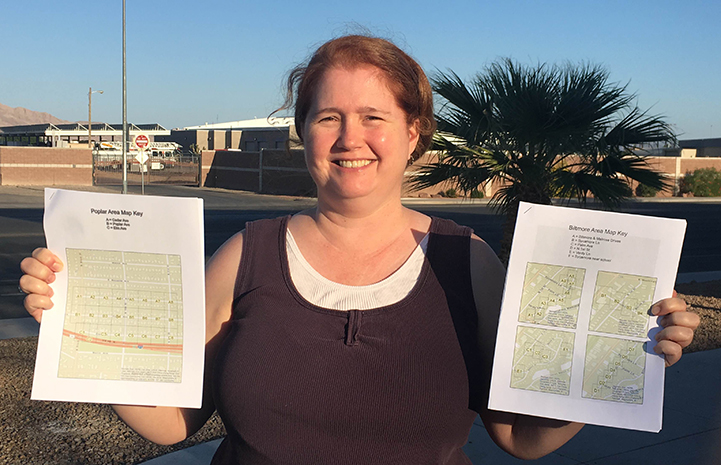 Of course, making maps isn’t the only way Cheryl works with Best Friends and community cats in her city. She also helps with trapping, where community cats are humanely trapped and then spayed or neutered. And on the weekends, she works alongside her husband Kevin, also a Best Friends volunteer, to return the cats back to where they were picked up after they’ve been spayed or neutered.

And she seems to have a knack for being in the right place at the right time. That’s how she ended up caring for the community cats living behind the building where she works.

Cheryl had suspected there were stray cats living behind the building, and one day when she walked out to investigate, she saw that not only were cats on the premises, but that there were a few people in the area who regularly fed them. When one of those people could no longer do it, Cheryl offered to take over the responsibility of caring for the colony of cats. Now she’s the one who makes sure the cats are well cared for. By combining her efforts with others who work in the area, the cats benefit from having several people looking out for them.

“Cheryl goes above and beyond,” says Kimberly Elman, national outreach volunteer program manager at Best Friends. “And she is a great example of how you can use your professional skills and talents, no matter what they are, to help make a difference in the lives of animals.”

“I seem to always end up where I need to be in order to help,” says Cheryl. “Which is great, because I want to make sure animals are as healthy ― physically and mentally ― as they can be.” 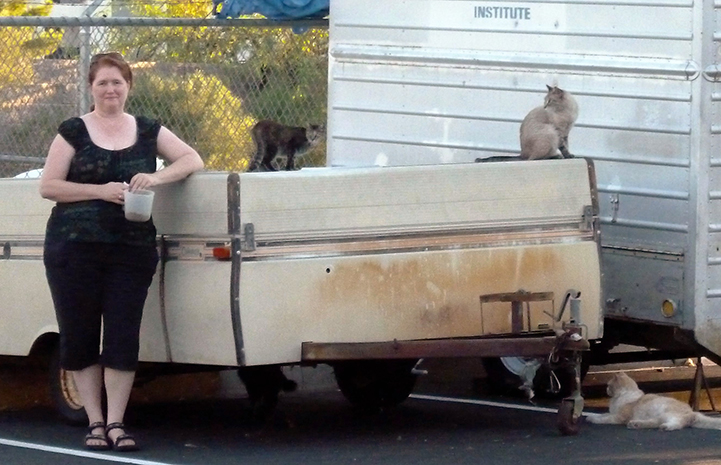