Image
Adopted kitten helps adopter heal after the shooting tragedy at the 2017 Route 91 Harvest Music Festival in Las Vegas, Nevada, that she had attended.
By Nicole Hamilton

Nichole managed to escape without any visible injuries, but she returned home to Los Angeles badly shaken. Though she was safe, the trauma that followed her home caused her to experience nightmares, to be easily startled at loud noises, and suffer from other lingering effects. Friends and family helped her through the healing process, but above all, she credits one friend for never leaving her side and helping her get through the toughest nights: her cat, Connor. He’s more than just a pet to Nichole. He’s helping her get through a difficult time, just like she did for him when she adopted him as a kitten. 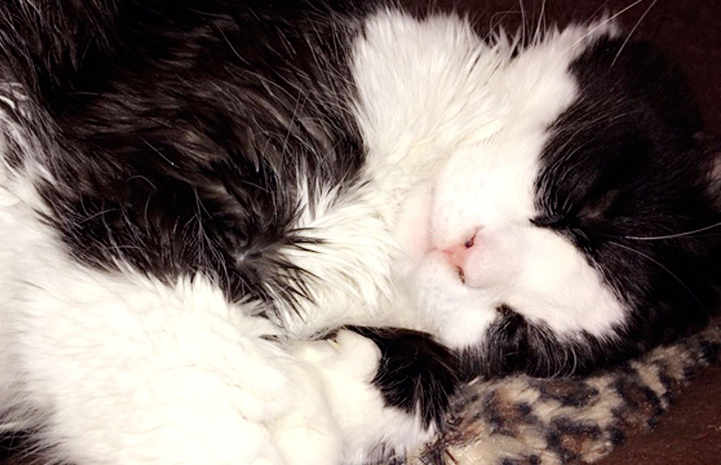 Nichole saw something special in Connor as soon as she met him a few years ago at the Best Friends Pet Adoption and Spay/Neuter Center in Los Angeles. Back then, he was a little three-month-old kitten who came to the adoption center from a Los Angeles Animal Services shelter. The tiny, black-and-white ball of fluff with a crooked, broken tail was homeless, and since Nichole had grown up with a cat who had a crooked tail, she was instantly smitten with Connor and adopted him that day. Soon after she took him home, she noticed something special.

Connor seemed to know when she was sad and would cuddle up close to her. Nichole had broken up with her boyfriend, and that’s when, she says, Connor became her sidekick. “Connor is a lot like a human,” she says. “He’s smart, and he listens.” 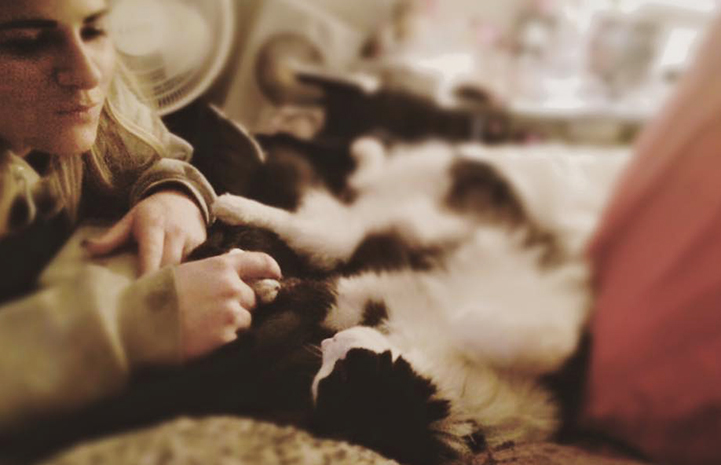 He comforted her during that difficult time, and the two have been best friends ever since. He likes to go places with her and loves car rides. Sometimes she’ll put him in his carrier and bring him along when she visits friends.

After returning home to L.A. following the Las Vegas concert, Connor seemed to know that Nichole had wounds you couldn’t see. For weeks after the concert, Nichole would have nightmares of people collapsing around her, some of them losing their lives. She’d wake up, scared. But then she’d feel Connor resting beside her. If the dreams were particularly bad, Connor would wake her up. 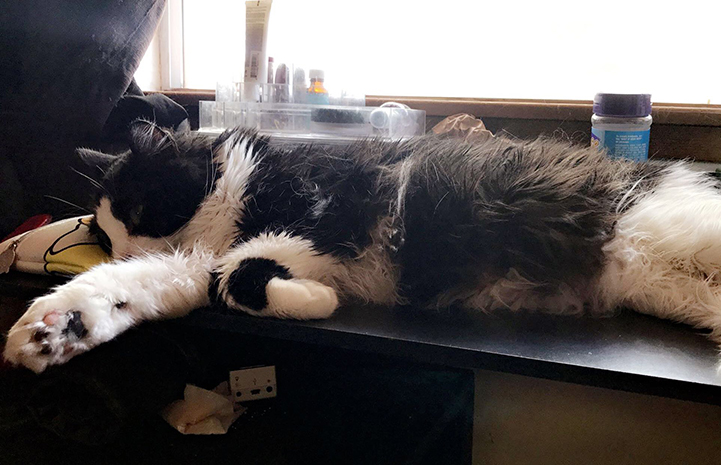 Little by little, Nichole started to put the concert behind her. Sudden noises stopped startling her so much, and she began sleeping through the night. But as life got back to a new normal, there was one thing she would never forget, and that’s the power of her cat’s love, and how he was the one who helped her heal the most.

“He’s my best friend, but he also became my therapy,” says Nichole. “He is beyond special.”

Give to Best Friends and help Save Them All 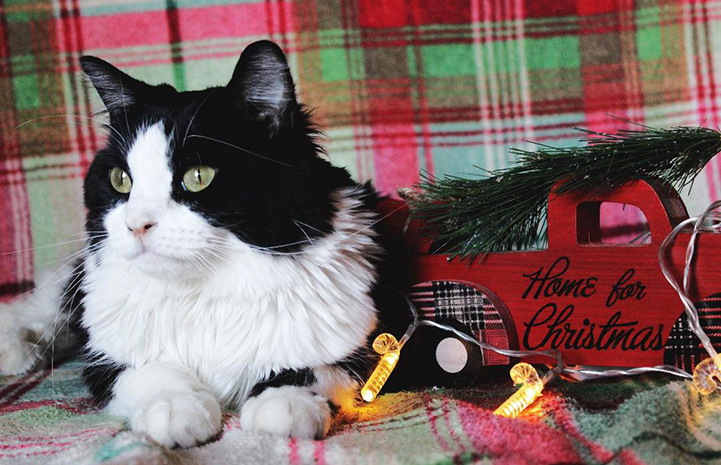