Marianna fell in love with Brandy and adopted her, but when it didn't work out, she made it her mission to ensure the next one did
By Nicole Hamilton

It was supposed to be a quick stop to drop off donated items at the Best Friends Lifesaving Center in Atlanta, but then Marianna Wedel decided to walk around and meet dogs. She told herself she wouldn’t adopt that day, but after meeting a dog named Brandy, she tossed aside that plan and decided she’d do everything possible to give Brandy a wonderful life. So, after bringing her husband and other dog to a successful meet-and-greet with Brandy, Marianna adopted her.

By now you’re probably thinking this is where we tell you Brandy is living happily ever after with Marianna, but that’s not what happened. Turns out, after Brandy was adopted she had some challenges managing her energy, especially around dogs off leash at the apartment complex where Marianna lives.

Marianna did her best to handle Brandy around the other dogs, but eventually it became clear that she wasn’t quite up to the task, so she decided to return Brandy to the center. This isn’t a sad story, though, nor is it one about giving up. In fact, it’s quite the contrary, because Marianna was still committed to helping Brandy find a beautiful life. That’s what led her to volunteer at the center and help Brandy find the loving home where she lives today. 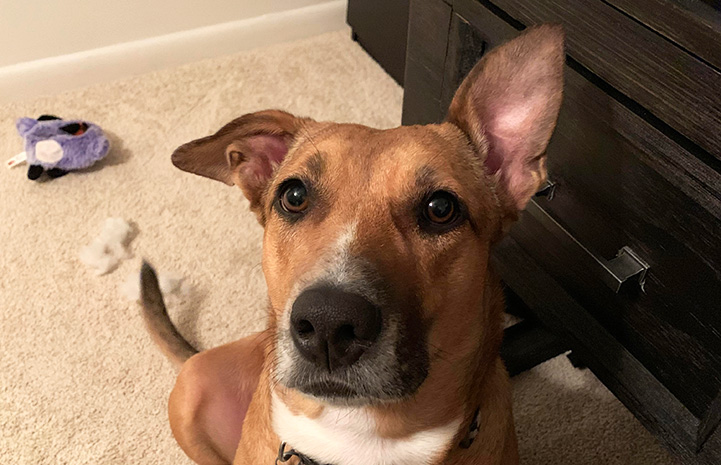 “Brandy is the sweetest, adorable good girl,” says Marianna. “She loves people and their company, she loves food and she is so loyal.” It broke Marianna’s heart to return Brandy to the center, but she knew it was the right thing to do for both her and Brandy. At Best Friends, the team could take all of Marianna’s feedback (about how Brandy was in her home) and use it to help her.

Marianna wanted to help with that, so she signed up to volunteer so she could be there every step of the way. She became Brandy’s biggest champion and advocate, and by working alongside the team at the center, she learned about dog behavior, how to work with other dogs like Brandy and how to help fellow volunteers.

“Marianna has become a huge part of training new volunteers on lifesaving center protocols and how to interact with the dogs,” says Brantlee Vickers, volunteer coordinator for Best Friends in Atlanta. “She is a perfect example of a volunteer who is always engaging with potential adopters and anyone she meets.”

A well-mannered dog through training, play and socialization 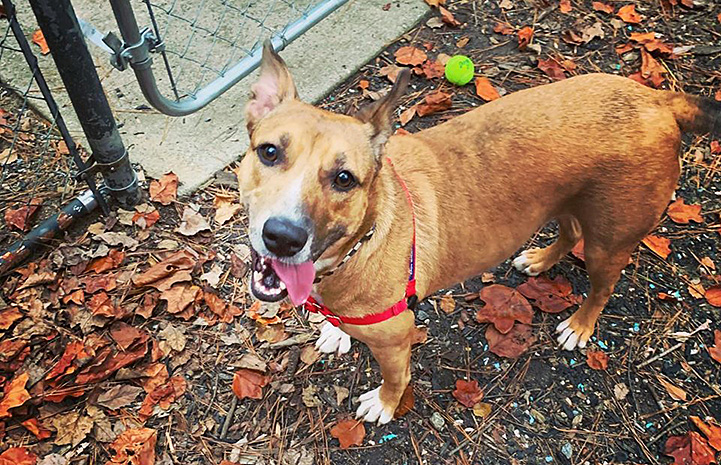 A visit on a whim leads to an adoption

With training, Brandy became more comfortable around other dogs. Eventually she was able to join weekend play groups where trained volunteers took dogs out into the yard to have fun and hone socialization skills.

This was a big turning point for Brandy, who by then had quite a bit of training to help manage her energy and excitement. She was feeling more relaxed and composed every day.

Eventually, she captured the attention of Lindsay Estes, who like Marianna had met Brandy at the center when she had no plans to adopt. She came in with a girlfriend on a whim just to pet some pups and, well, you know how that sometimes goes.

“Brandy clearly loved people. She jumped up and almost gave me a hug. I had a feeling she might be the dog for me,” says Lindsay, who then went home to sleep on it. “I needed to determine if I was really ready to take on the responsibility. Then I woke up the next day ready to go pick her up.” 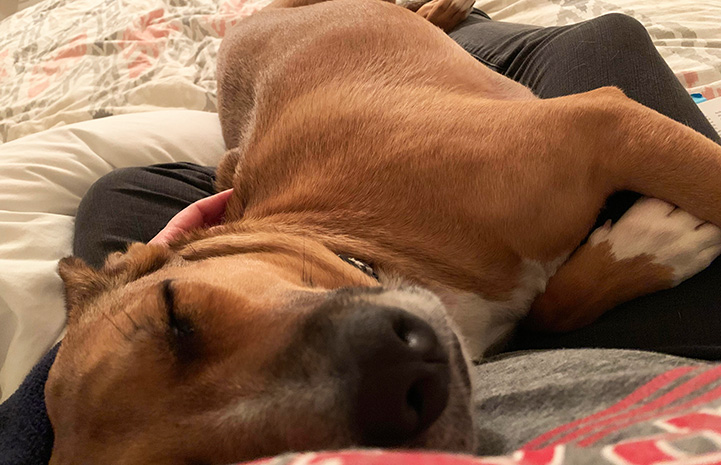 Marianna was at home when she got the text that made her eyes well up with tears. Brandy had been adopted. And though Marianna was happy that Brandy finally found the home she deserved, she also was a little sad because she wouldn’t see her at the center anymore.

Then, about a month later, Marianna was volunteering when she met Lindsay, who had also signed on to volunteer. (It seems Brandy is a pretty good volunteer recruiter.) Lindsay introduced herself, mentioning that she was the person who adopted Brandy. “I hugged and thanked her for giving her a home,” says Marianna, who then invited Lindsay to bring Brandy to her home for a play date with her dog, Rocky.

“Rocky was so happy to be with her again,” says Marianna. “We took them both for walk and then let them play inside. It was amazing.” 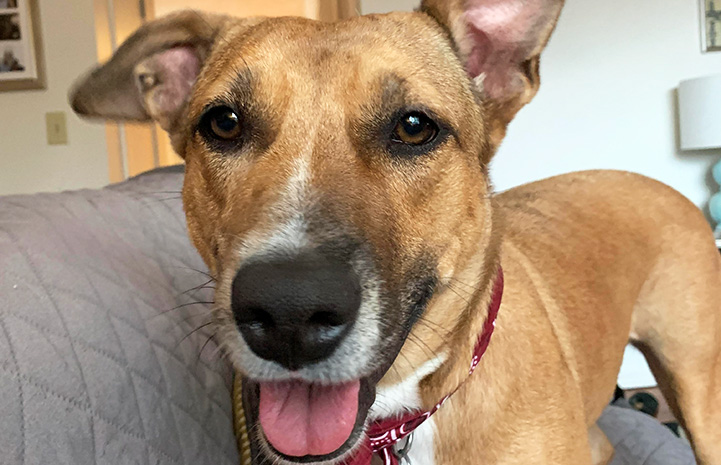 A sweet dog gets a second chance

Today Brandy is thriving at home with Lindsay. “She really is a great dog and is perfect for me. She has a lot of energy,” says Lindsay. “She is well-behaved in the house, regardless of her tendency to be super energetic, which I actually really enjoy. She cracks me up.”

On most days you can find Brandy walking around the neighborhood with Lindsay or playing in the dog park at their apartment complex. “She has such a lovable personality and everyone who meets her recognizes how friendly and sweet she is,” says Lindsay. “She is a great companion and I'm so thankful I got such a great pup.”

As for Marianna, you can usually find her at the center volunteering to help dogs like Brandy find homes. Of course, she’ll never forget the dog who inspired it all. “Brandy found her perfect match,” says Marianna. “It’s the happy ending she deserved.”