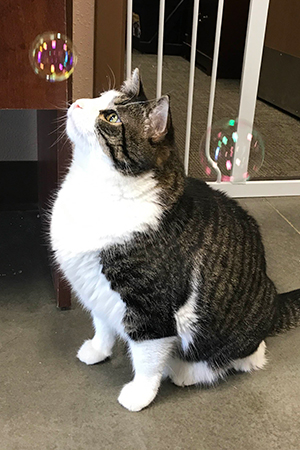 Before coming to the Snake River Animal Shelter in Idaho Falls, Idaho, a little cat named Daisy was abandoned by a family at an apartment complex. The landlord who found the cat was worried that Daisy’s life could be at risk if she ended up at the local municipal shelter. The shelter takes in a lot of sweet cats and kittens, but after being abandoned, Daisy wasn’t too keen on people.

Luckily, the kind landlord brought Daisy to the Snake River facility, a Best Friends Network partner and nonprofit shelter with the goal of relieving overcrowding at city-operated animal shelters throughout eastern Idaho. There, the little cat would have all the time she needed to trust humans again and one day be adopted into a new home.

Daisy is one of hundreds of cats given a second chance with the help of the shelter’s adoption promotion program that helps cats find homes through reduced adoption fees. The reduced fee program, called the “Catapalooza Fund," has been a great success this year, thanks to a $10,000 Rachael Ray Save Them All Grant that helped hundreds of deserving kitties get adopted, including Daisy.

Adopt a cat in Idaho

The idea for the grant came about last year when Melissa Lipani, a Best Friends Network specialist for the mountain west region, visited the beautiful new facility.

“We were looking for a way to get the community excited about pet adoptions and encourage them to see their local shelters and rescue groups as the best places to find their next family member,” says Melissa, who suggested that the group apply for the Rachael Ray Save Them All Grant, as way to jump-start the initiative.

The shelter not only took that advice to heart, but went above and beyond with creativity in its application. “I was blown away by their application and the fun ideas they generated to help adopt out more cats throughout the year,” says Melissa.

The grant was awarded to the shelter, and it has proven to be even more helpful than previously anticipated. “Not only has the grant allowed us to dramatically reduce the cost of adoptions for cats, it’s also helped us leverage nearly 100 percent in matching funds,” says Kristin Sanger, the shelter’s executive director.

In 2017, the shelter hoped to utilize the grant to find new homes for 225 cats, but so much more has been accomplished. More than 400 cats have gone home so far, and the year isn’t over yet. “Our cat and dog adoption rates are now neck and neck,” says Kristin, “and up until this year that’s was unheard of.” 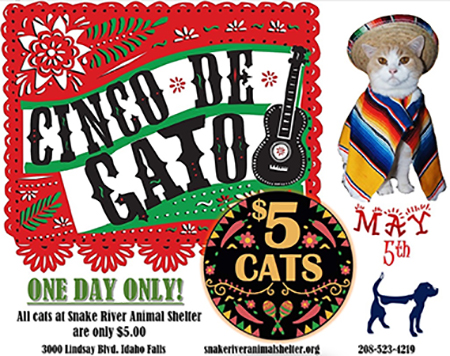 One of the secrets to the shelter’s success is making cat adoption low-cost and fun. Cinco de Mayo became “Cinco de Cato,” the day in May when cat adoptions are $5. And on Black Friday, the spotlight was on any cat with black fur (including calicos and tuxedo kitties), while potential adopters were encouraged to skip the malls and head to the shelter.

February’s My Furry Valentine event let adopters take home a feline ball of unconditional love at a discounted adoption rate. And in March, cats turned into adoptable lucky charms in honor of St. Patrick’s Day. In August, the shelter made every day of the month “Caturday,” and there was also the “Meow Luau” and “Feline Groovy” events during the summer months.

In December, a dozen adoptable cats will be featured as the “12 Strays of Christmas.” And judging by the success of these promotions, you can bet these cats will have loving homes in time for the new year.

The soaring adoption rates have proven that the community is loving it. “This year was the first time we completely emptied out the shelter not once but twice, which helped us pull a lot more cats from the municipal shelter and take in a lot more owner-surrendered animals so they would never have to burden the municipal shelter,” says Kristin. “This completely surprised us. We had no idea these promotions would catch on like they did.”

Learn more about Rachael Ray Save Them All Grant 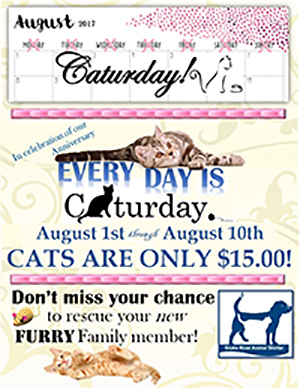 It was thanks to the adoption promotions that Daisy, the once-abandoned kitty, got a wonderful new home. When she first arrived at the shelter (cowering in the back of her kennel and hissing at anyone who tried to come near her), it was clear that she was very scared. The shelter team decided to give her some space and moved her to the operation manager’s office, where she felt safer and was able to relax to let her friendlier side show.

One happy “Caturday,” an adopter came to the shelter, fell in love with Daisy and brought her home. With a little creativity, Daisy received a second chance at a great life. Her days of being abandoned and living alone are over, and her new adopters have let the shelter know that they love their new kitty. She’s just one of many cats living the good life again.

“Our success wouldn’t have been possible without the Save Them All Grant,” says Kristin. “We are a small shelter and it would have been very challenging to raise these funds on our own.

Best Friends gives us a lot of validity to donors because it's a name they recognize. The cat adoption promotions brought people into the adoption center who recognized the effort to work toward a no-kill east Idaho.” 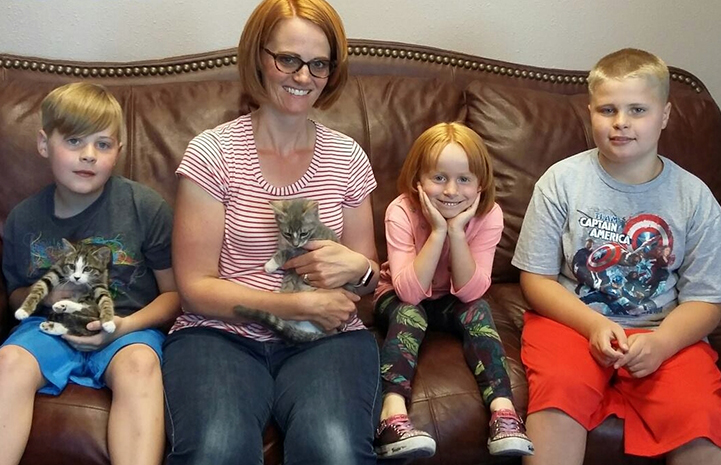