Image
Pit bull is adopted as a dog copilot by an over-the-road truck driver who drives a semi. Bella, who loves car rides, has found the perfect job.
By Nicole Hamilton

Like lots of dogs, Bella loves the thrill of the open road. She feels just as at home rolling down the highway alongside her adopter in his semitruck as she does in the backyard of their home outside of Houston, Texas.

Back when Bella was at the Best Friends Lifesaving Center in Atlanta, she was always ready for a road trip. And it didn’t really matter if it was to a park on an outing with a volunteer or to Starbucks for a “puppiccino.” Bella loved the journey as much as she did the destination.

So when Brian Sides pulled up one day in his big truck and walked into the center to adopt a canine copilot, it was the definition of serendipity. Of course, there was a dog for him at Best Friends. In fact, Bella had been waiting for this job opportunity since the day she arrived at the center. 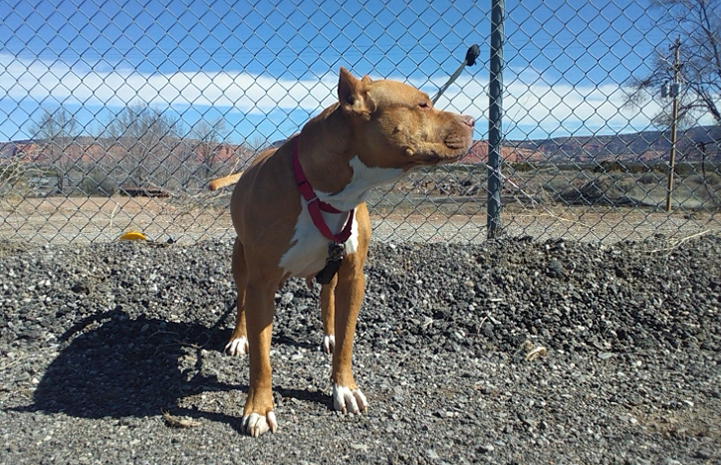 Brian lives near Houston, but he was in Atlanta for job training as part of his career as an over-the-road truck driver. While he already had dogs who stay home with his wife and daughter when he’s away, Brian had been planning for a while to adopt a dog to go with him on the road. When the training he was supposed to attend was canceled, Brian decided it was the perfect chance to meet some dogs.

As Brian walked through the Best Friends Lifesaving Center, he stopped occasionally at kennels until he got to Bella’s. He liked the gentle way Bella took treats from him. When he took to the outdoor play area and asked her to sit, she sat; and when he called her name, she came over to him.

The more time Brian spent with Bella, the more he saw what made her a favorite among center volunteers. “Bella is a sweetheart,” says volunteer Jenn Allen. “She’s a strong but loving dog. When you walked by her kennel she looked at you with those beautiful brown eyes, just looking for some love.”

Jenn had taken Bella on a special outing, and that’s where she saw how sweet Bella is, no matter where she is. “On our day out, she was great in the car,” says Jenn. “She loved sniffing out the window and kept sneaking kisses on my husband while he was driving.”

How to help a dog enjoy car rides 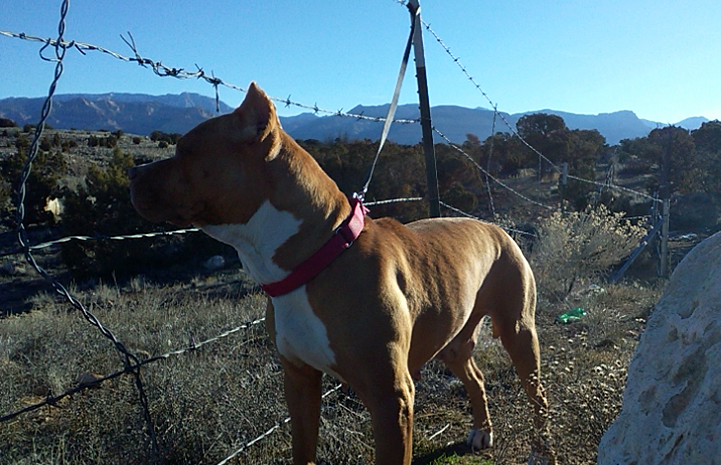 Dog gets ticket to ride

Meredith Bowen, foster coordinator for Best Friends in Atlanta, helped Brian by explaining how the staff and volunteers had been taking Bella on car rides to keep her happy. While Bella loved to play in the yard, she didn’t always enjoy playing with other dogs. “Car rides made her much happier than play groups,” says Meredith.

“That was it,” says Brian. “I needed a companion and a dog who would be fine going to sleep on the side of the road in the truck. I knew she was the one.” And with that, Meredith got Bella ready to go home. “And by home, I mean Florida,” says Meredith. “Because that’s where Brian was headed.” 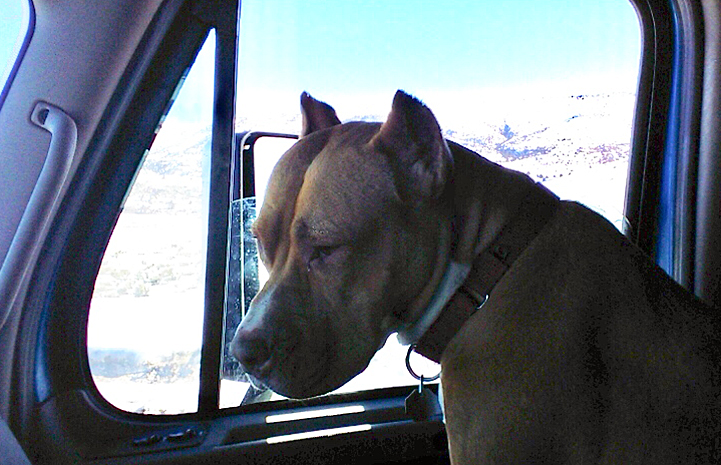 Making friends on the road

When Bella saw the chariot (aka Brian’s semi) waiting outside, she enthusiastically tried to jump in the passenger seat, which took a couple tries with Brian eventually hoisting her up to her seat. And with that, Bella was on the road to her next adventure.

Now Bella hops in the truck like nobody’s business. She meets new people every day she’s on the road, and Brian never has to worry about her being anything but kind to everyone who approaches her. “She’s great with people,” says Brian. “Absolutely perfect with them.”

Bella has helped Brian feel safer on the road, especially when he’s resting up in new, unfamiliar places, although, if she growls it’s usually at cows or motorcycles. “She goes everywhere with me,” says Brian. “She gets to make new friends all the time.” 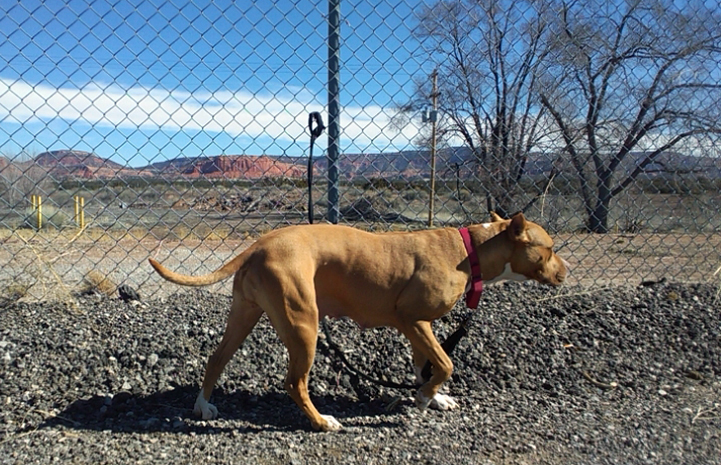 A dog who is at home everywhere

Brian is typically on the road with Bella two weeks at a time, and his route can take them literally anywhere in the country. So far, Bella has played in red sandstone parks in Utah, paused for a photo when she and Brian reached the Continental Divide, and she’s taken breaks all across the country in rest areas with stunning views.

When Bella isn’t on the road, she’s enjoying life at home in Texas, where she loves playing with Brian’s daughter and his other dogs, Heidi and Duke. She’s still getting to know Artemis, one of Brian’s other dogs. It’s taking a little time, but Brian is confident that eventually they’ll become best buddies.

Brian knew the minute he met Bella that she is a very kind dog, and he’s been surprised that others sometimes don’t see what he sees in her. Instead, they take one look at her face and physique, and they assume she’s unfriendly or even dangerous.

“The stigma around ‘pit bulls’ is unbelievable,” says Brian. And while he hasn’t been able to change the way people think when they meet Bella, after recently locking his keys in his truck, Brian did manage to enlighten one fellow truck driver.

The driver had a device that opens windows and offered to help, but upon seeing Bella, he almost changed his mind. Once he managed to open the door, Bella showered him with kisses. The next day, as she was playing with his Jack Russell terrier, Brian’s colleague said he realized he was wrong about pit bull-terrier-like dogs.

“If people raise a dog with love and tenderness that’s how they’ll be,” says Brian. “She’s just a beautiful dog and the perfect travel companion.”

Adopt your own canine copilot 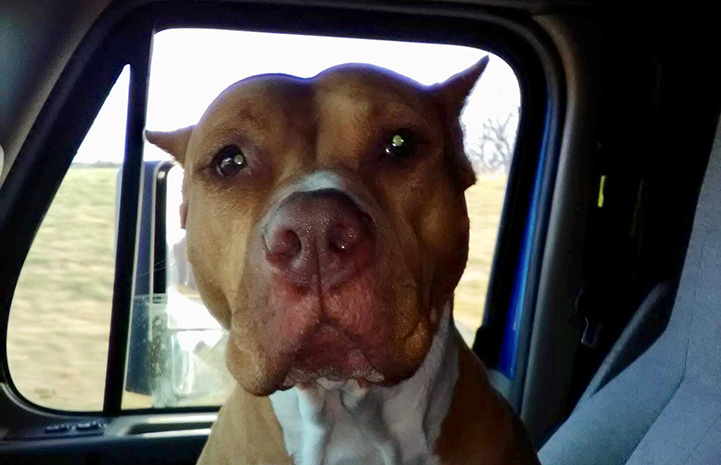