You might expect a dog who looks like Dingo to be sad and mopey like Eeyore, the downtrodden donkey in the “Winnie the Pooh” series. But if you believe as we do that pets can be some of the wisest teachers in our lives, then Dingo is a guru.

The little pit bull terrier mix is only about six years old, but he looks at least 10. He was brought to Best Friends Animal Sanctuary after being rescued from a difficult situation, and the years haven’t been kind to him. His body is marked with scars and he needs continuing treatment for health issues related to his past.

Yet Dingo’s approach to life is one of pure playfulness and joy. He’s so lighthearted and fun that he makes everyone around him happy. He’s a shining example of what it looks like to overcome adversity and live life to its fullest potential — even if things aren’t 100% perfect. 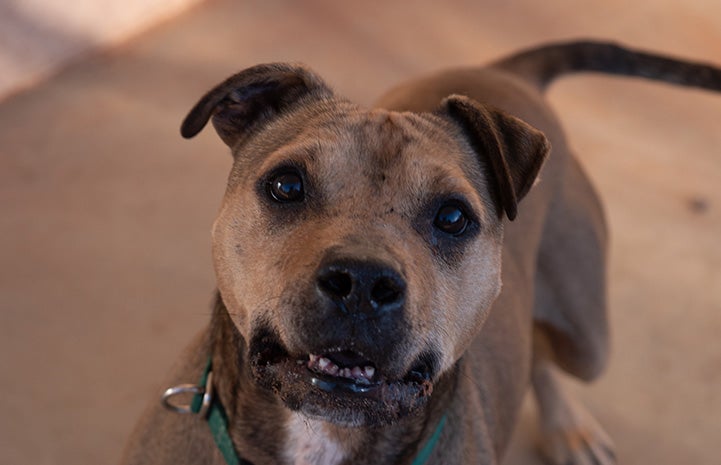 Help for a dog rescued from a fighting ring

Dingo was rescued from a dog fighting bust and went to another rescue organization before coming to the Sanctuary. Like many dogs rescued from illegal dog fighting situations, Dingo has babesiosis, a blood-borne illness also known as babesia.

While treatments for babesia can help Dingo stay healthy and feel good for years, there is no cure. And because there’s also a risk of transmission to other dogs, Dingo can’t be around them. That’s OK with Dingo, since he would prefer to be someone’s one-and-only anyway. But on top of the babesia, he was also feeling lousy because of dental disease and back pain.

The staff at the Best Friends Animal Clinic is helping Dingo with his medical issues. His dental disease is being treated, and a combination of medication, hydrotherapy and laser therapy helps ease his back pain. These days, Dingo’s feeling pretty good for a dog who looks so much older than he is. And his attitude resembles that of a much younger dog who doesn’t have a care in the world.

Learn about lifesaving work at the Best Friends Animal Clinic 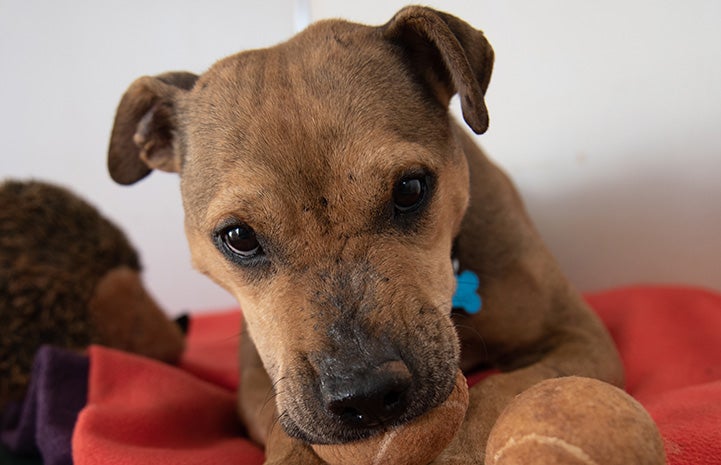 An expert at playing, entertaining

In fact, since he arrived at the Sanctuary, Dingo hasn’t spent a single moment moping around. He’s too busy making up for his lost puppyhood. Playful, goofy and surprisingly spry, Dingo is obsessed with toys and he adores people. He’ll play for hours if he has an audience, tossing his toys up in the air or pushing them around his yard — all the while kicking up clouds of red dirt behind him. And when he’s feeling especially good, he’ll even jump up on top of his doghouse. 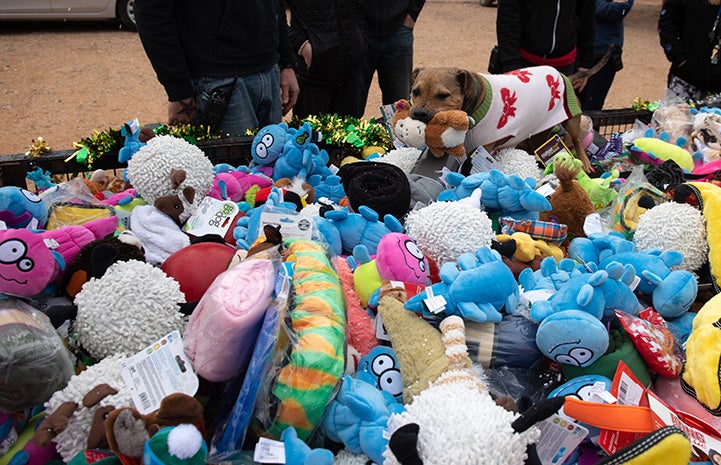 Besides playing, what Dingo loves the most is entertaining people — the more people laugh and smile at his antics, the happier he is. He also enjoys hamming it up while wearing a bowtie and people make a big fuss over how handsome he looks in it. He’s basking in the attention and love he has always deserved and, best of all, he is having fun.

While Dingo’s already an expert on happy living, he’s getting some schooling in other areas of life. For example, because he’s never lived in a home caregivers are trying to get him out on more sleepovers so he can practice being a good houseguest. It’s practice that will pay off handsomely when Dingo finally packs up his toys and heads to a home of his own.

About Dogtown at Best Friends 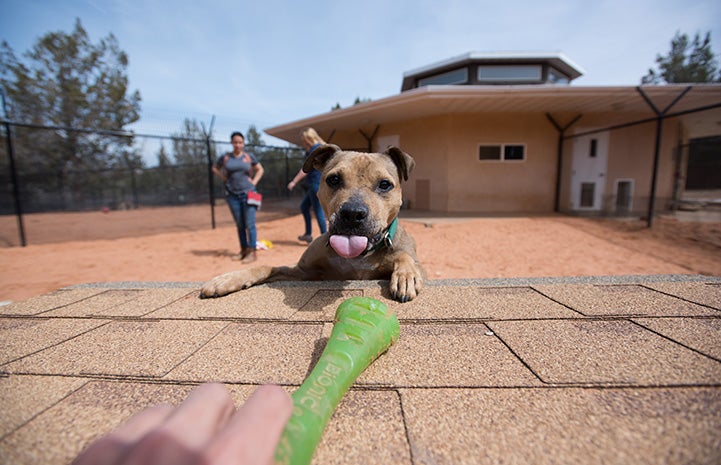