Image
Hurricane Harvey dogs rescued in the aftermath of the natural disaster come to Best Friends in New York City where they are adopted.
By Nicole Hamilton

There’s a dog named MacGregor who was recently adopted from the Best Friends Pet Adoption Center in New York City by a family who lives in a high rise building in Brooklyn. Today, he loves nothing more than living the high life in his new home, which features a panoramic view of the New York City skyline.

MacGregor is sitting on top of the world these days, and he’s not alone. He shares the same great fortune as 13 other dogs left homeless by Hurricane Harvey: All 14 of them were adopted after being brought to the adoption center from Houston, and they’re all living the good life in homes of their own.

“Every adoption here at the center is special,” says MaryAna DeLosSantos, senior manager of operations for Best Friends’ Northeast region. “But the Harvey dogs were part of something much bigger.”

The dogs all survived hurricane Harvey and went through Best Friends’ emergency shelter in Houston after the storm. As many pets as possible were reunited with their families after the storm, but the families of many dogs and cats couldn’t be located, and no one came looking for them. They all needed a safe place to go after their lives were upended by the storm. 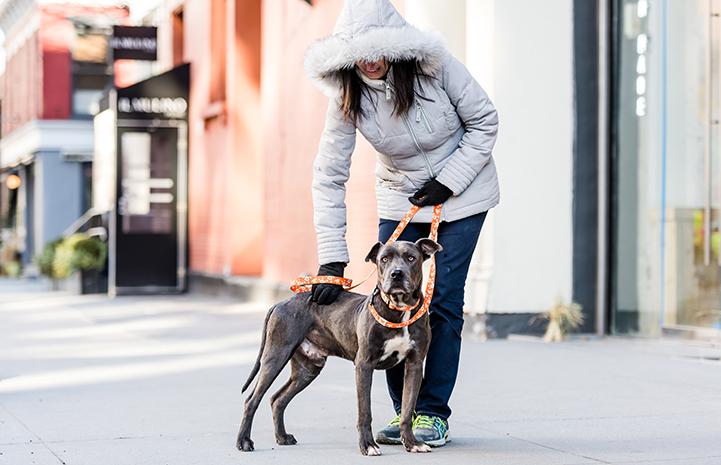 As transport efforts got underway for cats and dogs destined for shelters and rescue organizations across the county, the adoption center in New York made plans for 14 dogs to embark on a journey to the Big Apple. It would be a road trip of a lifetime of them, because in New York City their lives would flourish in homes with families excited to give them a brand-new start. 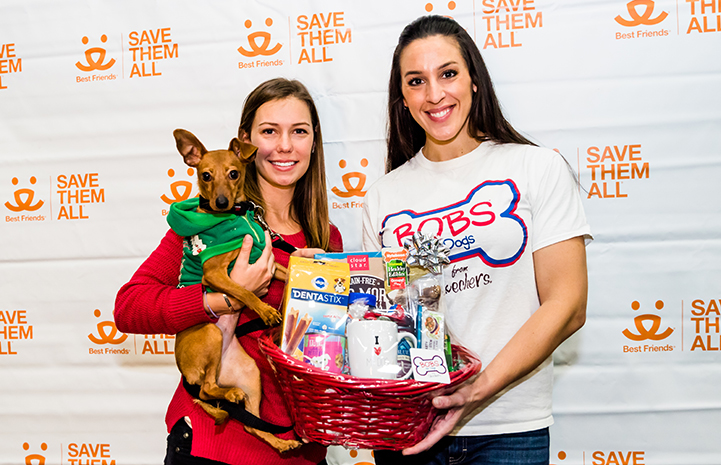 Cinnamon was one of the first Harvey dogs to get adopted. Katie Brenner had been looking for a dog to adopt when she heard that dogs from Houston would be at the Best Friends Super Adoption, held this past December.

It didn’t matter to Katie that she lived in Baltimore. She was excited to make the drive to the event venue at the Meadowlands Expo Center in Secaucus, New Jersey. And when she met Cinnamon and saw how sweet and kind he was, she adopted him, wrapped him in the coat she brought for him, and left in time to make it home before the city’s first big snowstorm of the season.

MaryAna says the other Harvey dogs shared Cinnamon’s relaxed disposition. “They were all very easygoing, dogs,” she says. “You could tell they were just very grateful. They knew they were in a good place.” 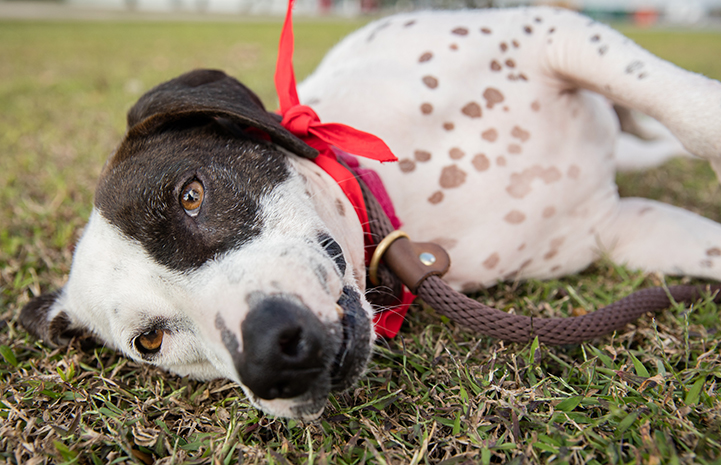 Today, the team at the center receives regular updates and photos from the people who adopted the Houston dogs. Recently, there was a note from Sophia’s family that included a photo of her, snug in her bed, cuddling her toys. 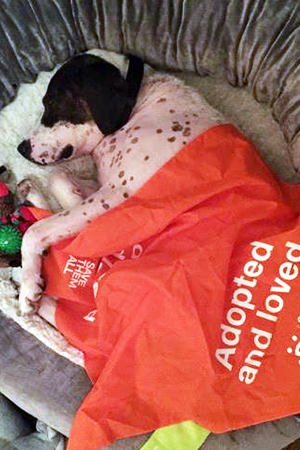 There also have been recent updates about Mickey, who helped his family heal from the loss of their beloved dog. Mickey now starts his day with a stroll in Madison Square Park and on the weekends, he lives upstate with his family in a house that has a big fenced-in yard to play in. 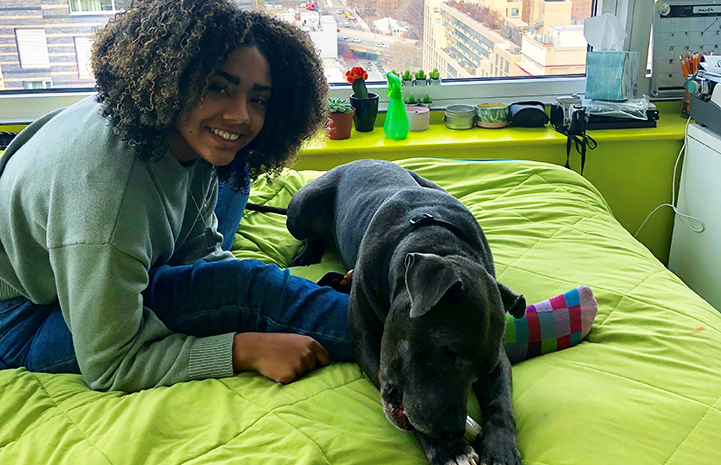 Putting the hurricane in the rearview mirror

Cinnamon is at home in Baltimore. MacGregor and Mickey are taking in the big city with their families. And Sophia feels a little better in her own skin every day. These three, along with many other rescued pets, are finally putting the hurricane behind them.

“These dogs are so very special to us,” says MaryAna. “A lot of us here in New York were with them in Houston as well, and when we get updates from their new homes and see how happy they are, it’s so rewarding. It’s why we do what we do.” 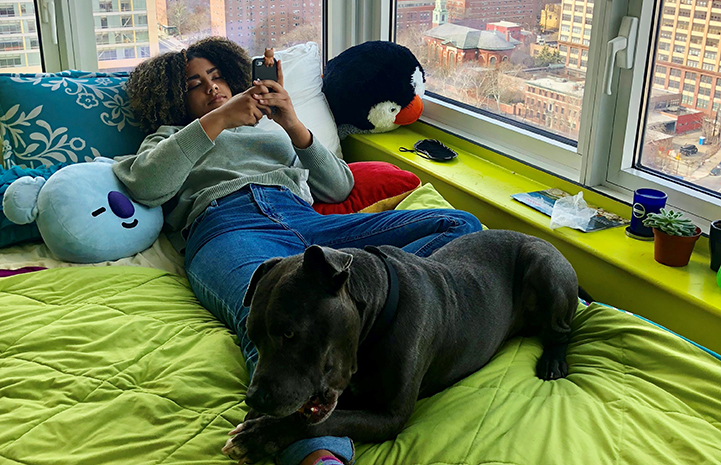