The answer to what to feed a bird who has crashed into a windshield is, of course, absolutely nothing, but the bird did need urgent treatment. The caller would need to drive two hours from Bryce Canyon down to Best Friends Animal Sanctuary so that the unfortunate little bird, who could no longer fly, could be given exactly the correct treatment and care at our wildlife rehabilitation center.

"You don’t understand," the caller said, "it’s Christmas Eve! I’m from New Jersey on vacation with my family. There’s just no way I can leave them to drive two hours to bring you this little bird. Just tell me what to feed it."

No kind of dinner was going to help the little bird who needed some serious treatment first. Two hours later, the man arrived with the bird, a beautiful red crossbill. 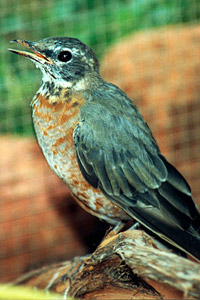 As he handed the bird over, he said, "I think this is the best thing I’ve ever done!" Having had two hours to think, he must have reflected on the value of the bird’s life. Clearly, he was a very caring person to have picked up the injured bird in the first place.

The bird was stunned and going into shock. However, with the right care, he soon came around. Within a couple of days, he was a cheery presence. Thankfully, he had no real injuries, though he would have died from shock if the kind man had not brought him to us when he did.

Ten days later, after the bird had spent a lovely few days flitting around the bird room at the rehabilitation center, regaining his full strength and flying ability, I drove him back and released him just outside the gates of Bryce Canyon, which was closed for the winter. He flew straight up into a pine tree, gazed down over the ground below all covered in snow, and looked perfectly content to be back in his natural habitat.

Wildlife rehab at Best Friends in the beginning 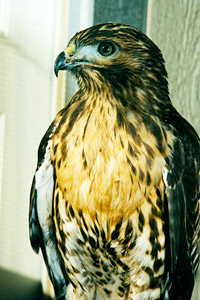 In the early days of Best Friends Animal Society, there were no other licensed wildlife rehabilitators in Southern Utah. Even today, Utah wildlife rehabilitators are mostly clustered around Salt Lake City and in the northern part of the state. Naturally, when people find an orphaned or injured wild animal, they call the first animal organization they can think of; no matter whether the group cares for pet rabbits, retired racehorses, dogs or cats, they are likely to be the recipient of a wild bird or animal looking for help at some point.

By providing a wildlife rehabilitation center, Best Friends has been able to save the lives of and release back to the wild thousands of injured or orphaned birds and animals — from bald eagles to hummingbirds and everything in between — that had no other recourse.

Knowing how to care for wildlife doesn’t just come naturally, though. The U.S. has the best wildlife rehabilitation system in the world, with the most stringent requirements. The 10,000 or so American licensed wildlife rehabilitators generally spend at least 100 hours and sometimes a year or two in an apprenticeship before they can apply for a license.

It’s not considered good practice to give names to wild birds and animals in rehabilitation — after all, they need to stay wild, but now and then, inevitably, some do acquire nicknames. 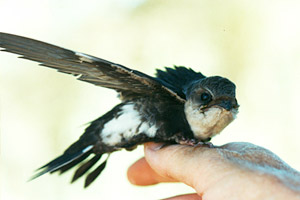 The one we called Swifty was a white-throated swift who arrived as a youngster. Orphaned, he had somehow fallen down from his cliff and tumbled into some brush near the Grand Canyon. His rescuer, not seeing his parents anywhere around and worrying that there might be dangerous snakes, scooped him up and brought him to Best Friends. Since he was our first swift, thankfully, we had the good sense to call an expert swift rehabilitator in California who could explain all the requirements of swifts to us. We would never have guessed all the special things he needed. First, amazingly, we learned swifts do not stand up! Their tiny little legs are vestigial — their miniature toes, which all face in the same direction, are left over from a distant evolutionary past, and their legs are weak and cannot be used to stand on.

Swifts use their feet only to cling to cliffs. We didn’t have any handy cliffs inside the rehabilitation center, but we improvised, following the advice we were given. We placed two layers of sheets together and draped them over a branch, and the little swift snuggled up in between the sheets and clung there, using his tiny feet exactly the way they were meant to be used: he clung as he would cling later on to the cliffs of his natural home. 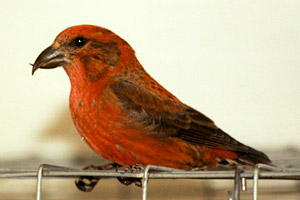 We taught Swifty to fly, giving him practice by sailing him like a paper airplane down a corridor. When he had reached an optimal weight and was ready to return to the wild, we set off on a journey on a cloudy morning, just the kind of day swifts like best, up to the top of a 200-foot cliff — the safest and best place to release a swift. While a swift colony that lived there flew around us in the early morning mist, there was a heart-stopping moment as the little swift made his way off the edge of the cliff, tumbled briefly and then flew! Within a moment, he was joined in flight by another swift, and they flew together back and forth. A perfect release — he would be safe with his new-found friends, able to follow them to find food and water and a home in the cliff!

Most of our early patients were birds, since birds are the most numerous and most visible wildlife, but there were others: rock squirrels, white-tailed antelope squirrels, cliff chipmunks, gopher snakes, bobcats, bats, lizards, western cottontails, jack rabbits and minks escaped from a mink farm.

We helped wild birds and animals, first and foremost, simply in order to save their lives and return them to the wild to live life as nature intended. What else would Best Friends do — except care for innocent animals who needed assistance? And, in the case of wildlife, there was really nowhere else for them to go.

To save the birds and animals, a lot of knowledge, skill and experience were needed, which meant creating a state and federally licensed wildlife rehabilitation center. Feeding, rehabilitating and releasing dozens of different species, each with distinct, obscure and mysterious requirements, is another undertaking altogether different from caring for companion animals; different training is also needed!

Unlike the pets who share our world with us, wild creatures offer a window on to another world — one we as humans so often do not understand.

Sometimes, in a natural disaster, people say, "Thank goodness, no one was hurt." And it is truly a blessing when no humans were hurt. But some lives are not human. When we are aware of the world of nature around us, we become aware, too, of the countless other beings with whom we share the planet. There are animals all around us — the squirrels and the gophers on the ground beneath our feet; the birds in the canopy of trees; the sparrows all around us, even in parking lots; the sea creatures in the oceans. Each of these beings is alive, conscious, and knows worlds of mystery that we cannot see. When we acknowledge and begin to learn something of other species’ existence, our lives are that much richer — and our understanding of all animals that much deeper.

Unlike the pets who share our world with us, wild creatures offer a window into another world — one we as humans so often do not understand.