Image
Cat with a urinary blockage due to large crystals has emergency surgery to prevent his bladder from rupturing. He is now living the good life.
By Nicole Hamilton

Simon arrived at the Best Friends Lifesaving Center in Los Angeles with an easygoing, happy disposition and a purr that turned every stranger into a friend. But the young cat also had a medical condition that threatened his life, not to mention his chances of finding a home.

Quick action was needed and the center’s medical team moved swiftly to save him. Simon got the treatment he needed, and as he began to heal, his insatiable appetite for life grew. But that wasn’t something for the medical team. For that, Simon would need a loving home, and that’s what he found when he met Robb and Jerry, who came to the center looking to adopt a cat just like him.

Swift care for a cat with urinary blockage

Before coming to Best Friends, Simon was surrendered to a Los Angeles city shelter after his family learned he had an obstructed urinary tract. The shelter, one of six in Los Angeles that works in partnership with Best Friends to save homeless pets, took swift action to drain Simon’s bladder so it would not rupture. But he’d still need surgery to fully treat his condition, and since the shelter wasn’t able to do the surgery, it contacted Best Friends. The next morning, Dr. Nicole Petschauer, the center’s lead veterinarian, performed emergency surgery to remove the large crystals that caused the blockage.

Once Simon was out of surgery, he was given IV fluids to help correct his electrolyte balance, as well as anti-inflammatory medication. He was placed on a special diet to help break down any crystals remaining in his bladder and to help manage his condition. With his health on the mend, Simon was ready for a home. 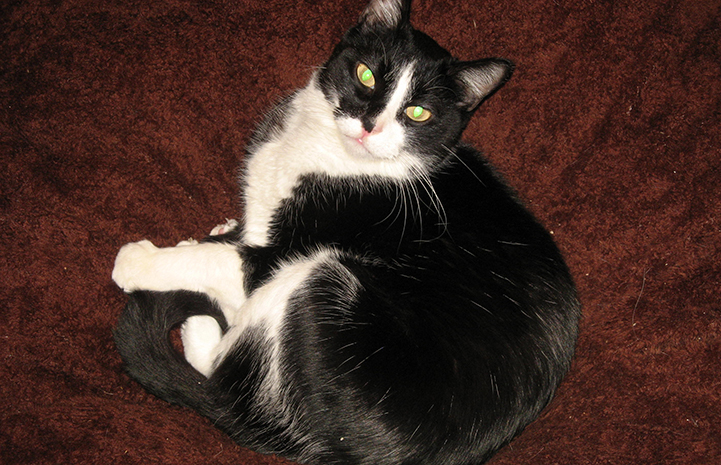 A cat with a fan club

Though urinary blockages can be very painful and require extensive treatment, Simon still always found a reason to purr around the medical team. By the time he went to the adoption area, he already had a solid fan base, and it only grew when the adoption team got to know him.

“He was an absolute angel while he was with us,” says Samantha Bell, cat behavior and enrichment lead at the center. “He was a purry, happy guy despite the medical challenges he was going through. He took it all in stride and soaked up the attention and love from volunteers and staff. He’s just one of those all-around awesome cats.”

Adopters meet the cat they’d been looking for

It was high time Simon put his past behind him for a new start, and he got that chance when he met Robb and his husband, Jerry. They had recently lost their 19-year-old cat, Neko, which left their home (and hearts) a bit empty.

Both retired school teachers, they had just a couple of adoption requirements: First, they wanted an affectionate adult cat who loved a good nap on a lap as much as playtime. And, while they would never have a cat declawed because of the potential consequences of painful, permanent nerve damage and behavior changes, they were willing to adopt an already declawed cat. And as it turned out, Simon already was.

Know the dangers of declawing a cat

When first impressions are everything

Robb and Jerry met a few cats that day, but none made an impact on them quite like Simon. “We both held him and he relaxed, even though we were complete strangers to him,” says Robb. “He was so calm and we could tell he really liked to be petted.”

Simon must have made quite an impression on them, because they decided to adopt him. When they left the center with Simon, their hearts were full knowing they’d soon be giving him the love and affection he needed. 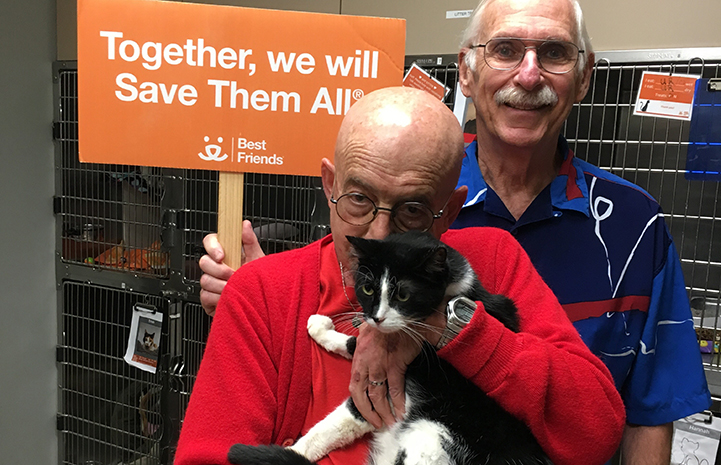 From shelter cat to family cat

Today, Simon is making Robb and Jerry’s home feel complete again. While they still miss Neko, they are fully enjoying the energy that Simon has brought to the house.

“I still get teary when I think about Neko,” says Robb. “Some people need a period in between (after a pet’s passing), but we felt the opposite.”

Of course, he and Jerry weren’t looking to replace Neko. In fact, one of the biggest things they love about Simon is how different he is from Neko. “Simon is very inquisitive,” says Jerry. “He tries to get into the cabinets and is either running around or falling asleep. We aren’t used to having a cat like that, but it’s fine with us.”

Simon’s medical history requires him to be on a special diet for the rest of his life, but that doesn’t worry Robb and Jerry. They had already learned a lot about how to care for a cat with special needs from Neko, who battled kidney disease in her later years.

“Our cats are our family,” says Robb. “We’re fine giving Simon whatever he needs to be happy, and we are so glad that Best Friends saved his life so that he ultimately could be with us for many years to come.” 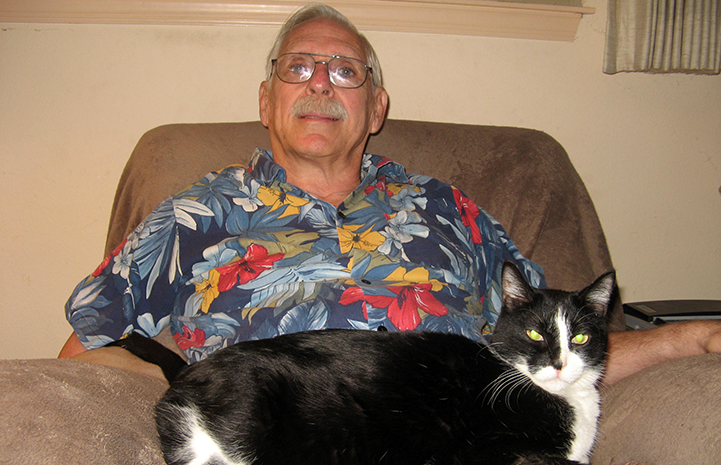 Photos by Lori Fusaro and courtesy of Jerry Burns