Safe House Animal Rescue League in Illinois, a No More Homeless Pets Network partner, took their Lifesaving Grant awarded by Best Friends Animal Society in partnership with PetSmart Charities® and supersized it. Slated to pull and place 150 cats with the funding, they wound up saving 209 cats. And those cats aren't loafing around - they're community (aka feral) cats with jobs as rodent control managers in the barn cat program.

"For some time, we have wanted to hit a landmark of 300 barn cats adopted in one year," shares Monica Frenden, founder of Safe House. "Each year we've moved closer, but this year we decided it was time to really push it. Best Friends has been incredibly supportive of our barn cat program and of feral cat initiatives across the county, so we knew they would be receptive to helping us achieve that goal." 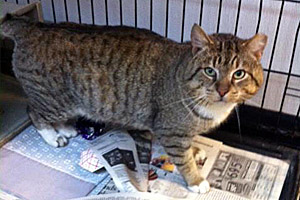 One of the community cats placed as part of the program is a cat named Cookie. He is holding ranks as an esteemed mouser at a wonderful horse stable in the country. He's a popular fellow, and it was his outgoing personality and his increasing need for friendship that actually facilitated his new gig. Cookie was originally living as part of a managed cat colony on the grounds of a correctional facility through Safe House's rescue partner PAWS Chicago. The prison guards know each of the cats personally and noticed Cookie was getting quite friendly. So from the big house to Safe House's barn cat program, Cookie is now enjoying the great outdoors and receiving plenty of affection and attention from the stable visitors.

Feline lifesaving at its best

One of the primary places that Safe House gets its cats for the barn cat program is from municipal shelters. "The cats we take from animal control for the program have no other options for live release, and knowing that we are their only hope is a tremendous motivation to do the best we can, and it's rewarding to know we are having very tangible results," says Monica.

Partnering with like-minded shelters and rescues has been instrumental to the success of the barn cat program. By leveraging the resources of each organization, they are able to accomplish more for cats in need. Safe House operates in a rural county in Illinois, which gives them access to farm locations that large urban shelters don't have. In turn, urban shelters have resources that they don't have, like high-volume spay/neuter clinics, events and state-of-the-art shelter medicine programs. 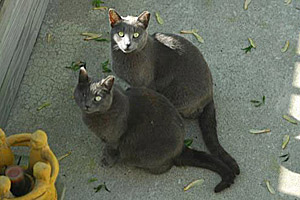 "When organizations share the common goals of lifesaving and building no-kill communities, it's possible to innovate new ideas and new programs that benefit everyone involved, and most of all, the homeless pets at risk," says Monica. "Since starting our barn cat program in 2008, we have been so pleased to help other shelters and rescues get similar programs started in their communities. There is incredible demand for healthy, sterilized 'working cats,' and matching those homes to impounded cats at animal control, giving those cats a new chance at life while providing a much-needed service to the community, has been win-win for everyone."

Safe House is a partner in the Best Friends No More Homeless Pets Network, which offers participating organizations the chance to take part in national adoption promotions and nationwide fundraisers, as well as access to a regional representative to assist them.

"It also helps knowing that Best Friends shares our mission and 'has our back.' (This) has allowed us to more aggressively pursue our vision to save pets," says Monica.

You can find a No More Homeless Pets Network partner in your community. Click here.