For most of their lives, Dexter and Maggie were not “pets” in the traditional sense. The two cats didn’t snuggle up with their human. They didn’t play with store-bought toys or have collars with their names engraved on them. Their home, for most of their lives, was in a railroad tunnel under a under a highway in New York City. But that fact alone doesn’t mean they lacked love or care ― quite the opposite, in fact.

Feral Love, a documentary available starting today for streaming online, follows Dexter and Maggie’s story and how it meshes with that of Dorian Rence, their extremely devoted caregiver. Dorian discovered the cats more than a decade ago and ever since, she’s made sure they want for nothing.

Both an avid cat lover and animal welfare advocate, Dorian divides her time between cat rescue and her “real job” as a world-class musician with the New York Philharmonic, where she has played the viola professionally for 40 years.

Best Friends supports the awareness that Feral Love brings to community cat efforts across the country, and the first $5,000 in proceeds from downloads and streaming of the film will be donated to Best Friends.

Peter Wolf, a cat initiatives analyst for Best Friends, was part of a speakers panel during the film’s screening last year at the St. Louis International Film Festival. In the following interview, he provides some insight about why the film matters for our feline friends ― whether they’re the cuddling type or not.

What do you think are some of the film’s most important messages pertaining to cats?

First, that these cats are already out there, practically anyplace humans make their homes (and some uninhabited places, too, but that’s another story). It seems so obvious, right? But people opposed to trap-neuter-return (TNR) often suggest (incorrectly and without providing evidence) that TNR programs somehow add to the population of community cats. As Dorian’s experience demonstrates, TNR and the ongoing care is a response to the presence of cats.

Second, Dorian cared for Maggie and Dexter for years. This is hardly an uncommon scenario, but it challenges the claim often made by those opposed to TNR that these cats live only a couple years, and under horrible conditions.

What do you think are some of the film’s most important messages pertaining to cat caregivers?

As I think anybody who’s seen the film would agree, Dorian’s story is extraordinary, and yet, it’s also rather familiar. In every community we visit, we discover a network of these unsung heroes. The tireless dedication to and deep connection with the cats in their care is truly remarkable. 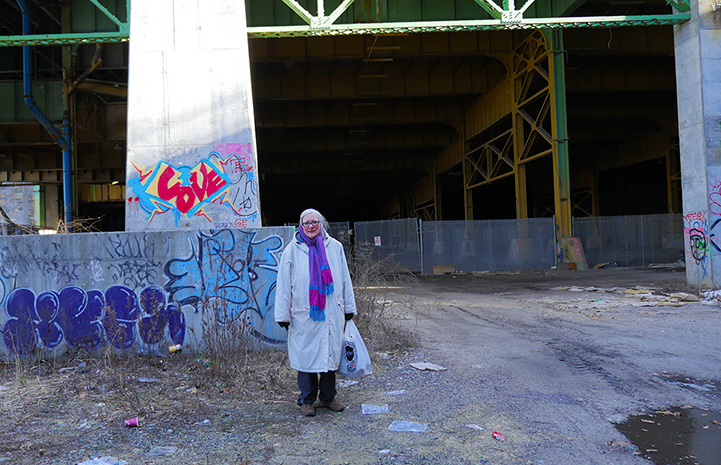 How is Maggie and Dexter’s story similar to that of other community cats?

In the film, we meet Maggie and Dexter near the end of their lives, so it’s easy to focus on the challenges they face. But, like so many community cats, these two had, for years, a pretty good gig. Sure, there are risks that come with living outdoors, but there are plenty of benefits, too. Maggie and Dexter had — again, like so many community cats — “figured it out.” In fact, there’s a great deal of data demonstrating that the vast majority of these ownerless, free-roaming cats are healthy.

Not every cat hits the lottery like these two did, but that’s no reason to justify what’s likely to be a one-way trip to the shelter.

Do you have a favorite moment from the film?

It’s so difficult to choose just one. There were a couple of shots of Dorian trudging slowly through the snow on her way to feed the cats. Her selfless dedication to Maggie and Dexter is deeply touching.

Another moment that really resonated with me was when Dorian was able to pick up Maggie by the scruff of her neck and get her into a carrier. Sure, she was highly motivated, but that took incredible courage. I was thinking to myself: don’t mess with the Philharmonic’s violist! 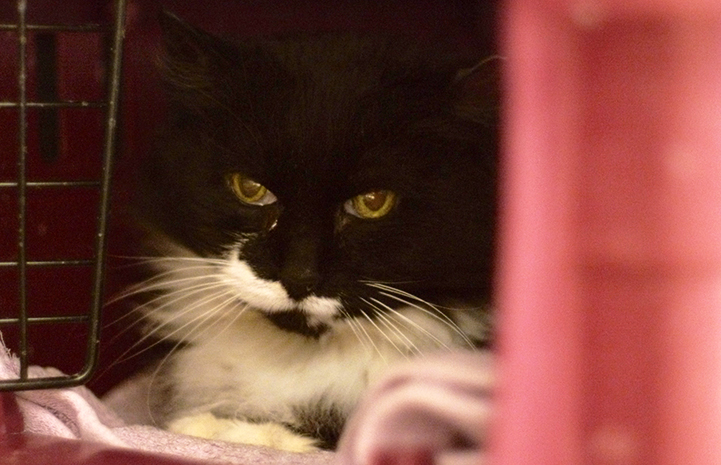 What do you want people to know about community cats that might not be addressed in the film?

The film focuses on the bond between Dorian and the cats she cares for, so we don’t get to see the mechanics of TNR — the trapping, sterilization, vaccination, and return. Imagine, though, two or (as we learn from Dorian) three intact cats living under that bridge. In no time at all, there would be many more. This is how TNR is effectively stabilizing and reducing the population of community cats in communities across the country (and the globe), one colony at a time.

Community cat caregivers know about loss. It’s generally not what people have in mind when they begin caring for a colony, but it typically comes with the job. This, to me, makes these good Samaritans all the more remarkable.