A foxtail seed in his paw caused this little dog pain, but that’s behind him now

Image
Stray shih tzu dog, with a foxtail grass awn embedded in his paw and other issues requiring immediate attention, is in bad shape when rescued.
By Christelle L. Del Prete

No one knows how McGregor ended up huddled under a truck in someone’s driveway in a small rural community. When rescuers found him, the poor little shih tzu mix was literally trapped in his own matted hair. His rescuers didn’t know it at the time, but it wasn’t just his long nails that made it painful for McGregor walk, but also a foxtail grass awn embedded in his paw.

Apparently abandoned and living on the streets for a long time, McGregor was in terrible shape and needed help fast, so he was brought to Dogtown at Best Friends Animal Sanctuary.

Because shih tzus have hair that grows constantly, regular grooming is key to keeping them healthy, clean and comfortable. McGregor’s hair was so overgrown and matted that his legs looked like they’d been glued together, and he could barely move them. His feet also hurt, and it wasn’t hard to see why: His nails were so long they’d grown into the pads of his paws. On top of all that, he was having trouble seeing not only because his hair was so long, but also because his right eye was badly infected.

But better days were coming for McGregor, who was on his way to the Best Friends Animal Clinic soon after the family that found him reached out for help. 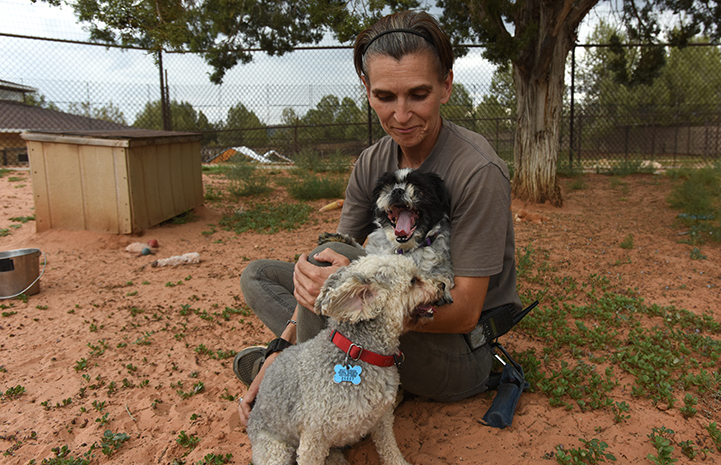 How foxtail grass awns get in dog paws

To get McGregor feeling better, the first order of business was shaving off his matted hair and trimming his nails so that he could walk. But while the makeover gave McGregor much more breathing room and freedom to move, it didn’t solve all his problems. McGregor was still hobbling around and clearly not feeling his best.

The Best Friends veterinary team soon discovered the cause of McGregor’s lingering foot pain. A foxtail grass awn, an innocent-looking but dangerous grass seed, had burrowed into the back of his foot. Foxtail grass can be extremely harmful to dogs and other animals, because the seeds are designed to work their way into hard-packed ground. That means they can also tunnel deeply into a dog’s skin or into a nose, ear, eye or paw. The awns can cause pain, infection and other complications that sometimes even require surgery to remove them.

Luckily, McGregor didn’t need surgery to get relief. Following the advice of the Best Friends veterinary team, caregivers soaked his foot in warm water twice a day until the awn surfaced and vet techs could painlessly remove it. McGregor immediately felt better and his foot healed. 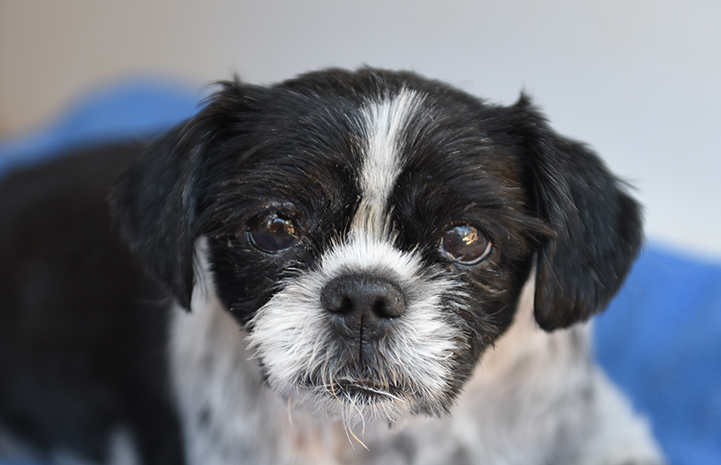 At first the little guy was a bit wobbly on his feet — as if he had to get used to being able to stretch and use his legs again. But in the past few weeks he’s gotten steadier and his steps are much more confident.

Though McGregor doesn’t quite yet have a clean bill of health (he still gets medicated eyedrops for the eye infection), he’s come a long way. “He’s feeling so much better now,” says Dogtown caregiver Jacki Brookstein. “He has more energy and he acts years younger. He’ll walk outside to his yard now, which he didn’t do before.”

But the best thing may be that the tiny senior dog is showing that he’s happy and wants to play. “He hasn’t quite figured out how to play bow yet, but he’s trying,” Jacki says. “He’ll bounce around a little when we go in his room.”

That means that McGregor doesn’t just look like a whole new dog. He feels like one, too.

Great news: McGregor is being adopted by someone who has previously adopted from Best Friends. 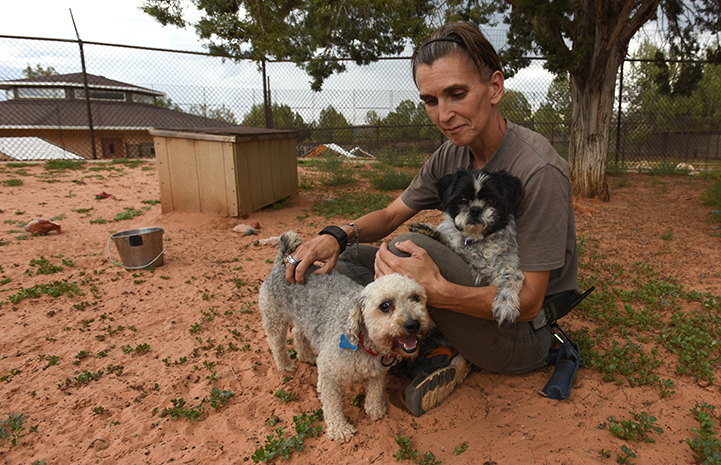